Lucy Verasamy seemingly didn’t know quite what to say after a viewer remarked on a particular part of her anatomy. The ITV weather favourite was told she had “elegant hands [that] glide across the weather map” by a user on Twitter. The 39-year-old admitted she thought it was a good thing in view of her 161,000 followers. “I am in [love] with @LucyWeather’s hands,” the message had begun, with a red heart emoji.

The fan went on: “It’s like a watching a West End show as her elegant hands glide across the weather map with balletic grace while her fingers dance in-time with the direction of the wind.

Lucy then replied to them: “Thank you!! I think!! xx,” as another simply told her: “You are lush Lucy x.”

Around the same time, she took to the micro-blogging site and Instagram to reveal her incredible view.

In the upload, the Houses Of Parliament in London had a backdrop of a pastel pink and blue sky, while a boat had just made into the frame.

“Westminster this evening. Looks calm and serene. Far from it. Even the sky looks bruised. @jamiekedgeree,” she captioned it. 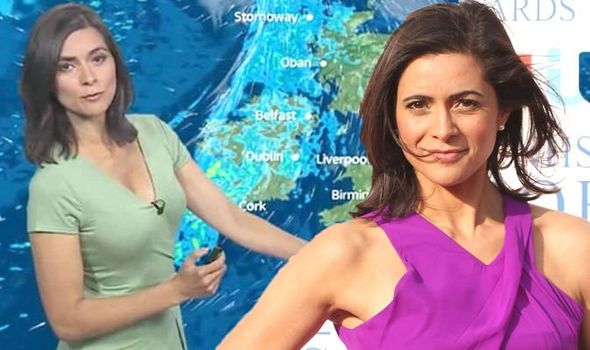 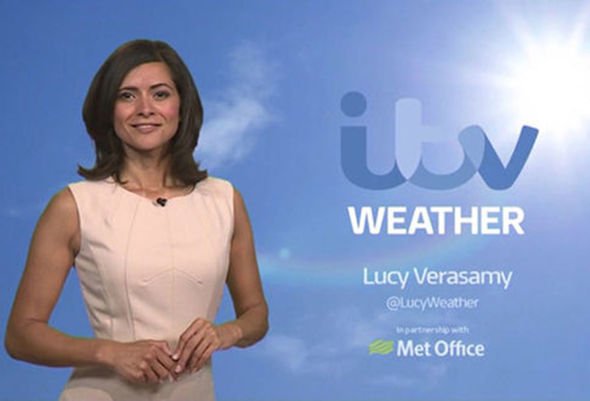 However, users quickly remarked on the political situation in reference to the Palace of Westminster’s inclusion.

“‘Calm and serene’… until next week! Good luck over there, my British friends…” one person stated.

A third quipped: “‘Even the sky looks bruised’. Pure poetry. That is a wonderful line. You should try talking about the weather for a living, Lucy.”

Meanwhile, as many people depart the UK for the final part of the summer holidays, Lucy has been busy keeping viewers updated on the weather. 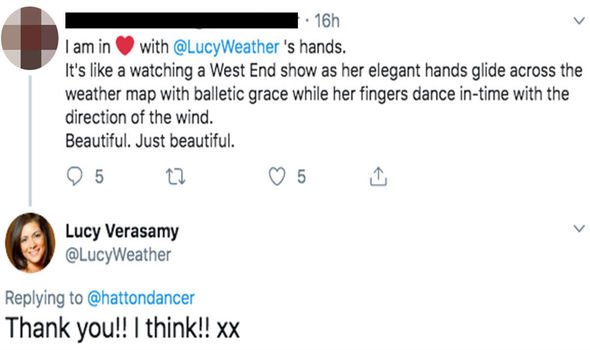 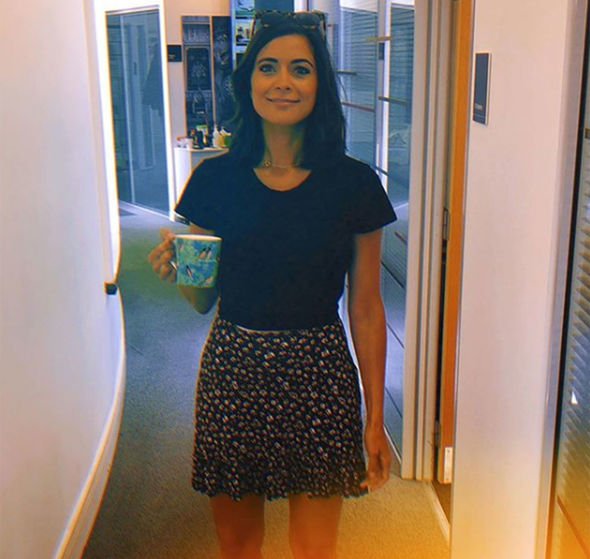 On Wednesday, she said: “Heatwave ends with a bang: lightning/thunder across the east where it’s still a muggy/balmy 25-27C at nearly 10pm.

It comes just days after Lucy Verasamy put on a leggy display as she moaned at all of her colleagues for being on holiday.

She shared a stunning photo to her Instagram wearing a black top, matched with a monochrome skirt.

The ensemble allowed Lucy to put her lean legs on display, as she posed in the ITV studios.