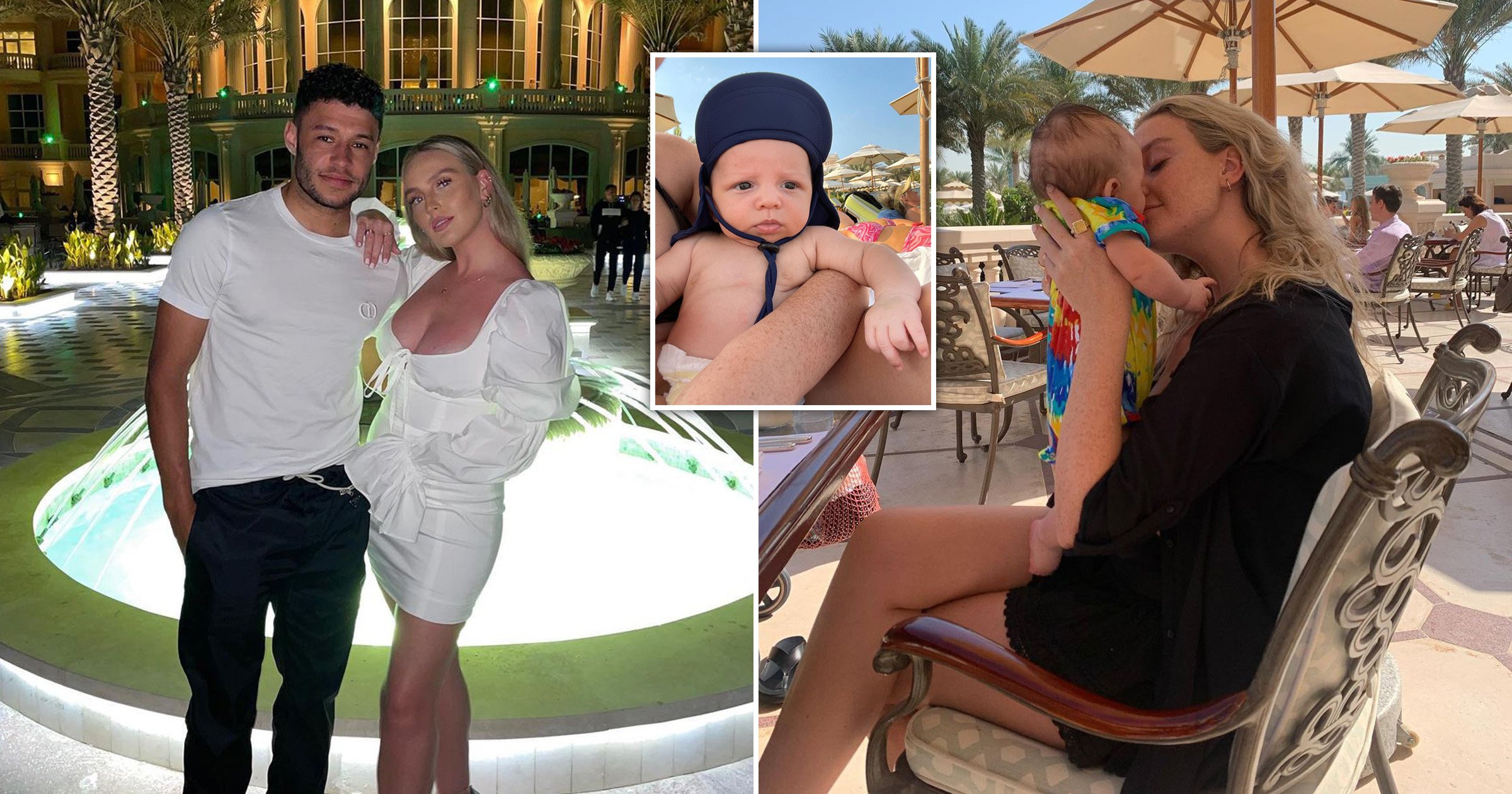 Little Mix star Perrie Edwards has jetted off to Dubai to catch the winter sun and it looks like her baby boy Axel is loving his first holiday.

The Sweet Melody singer is enjoying a getaway in the United Arab Emirates alongside boyfriend Alex Oxlade-Chamberlain, her mother Debbie and baby Axel, who was born in August.

Perrie, 28, gave fans a glimpse of the family holiday with sweet sun-kissed photos, including one of the singer topping up her tan sunbathing in a bikini.

In one, she’s seen carrying three-month-old Axel and planting a kiss on the newborn, who wore a snazzy multi-coloured babygrow, while another features a clear look at the little one’s face for the first time since Perrie shared the first photos after giving birth.

Liverpool footballer Alex gets in on the action and cosies up to Perrie for a photo on a glamorous evening out.

Her bandmate Jade Thirlwall commented with crying emoji while Leigh-Anne Pinnock – who also welcomed twins in August – wrote: ‘You are positively glowing my darling 😍🔥.’

Perrie and Alex, 27, recently celebrated their fifth anniversary and the singer cheekily branded him her ‘baby daddy’ in her post to mark the special occasion.

‘Happy 5 years of love to my baby Daddy! ♥️,’ she commented on a photo of the pair on holiday together.

The couple, who began dating in 2016, became parents this summer after welcoming their first child Axel on August 21.

The pop star announced the news with a black and white photo of the Axel’s hand before later sharing a full picture of the newborn’s face and confirming his name.

‘2 weeks of loving you. I’ve never felt love like this before! Axel Oxlade-Chamberlain 💙,’ she wrote.

Perrie and Leigh-Anne are enjoying maternity leave after welcoming children just days apart from each other. However, Little Mix still goes on as the group have just released their latest album, Between Us, which features a mix of their biggest hits along with new tracks.

The trio are expected to return fully next year when they embark on their new tour to promote their sixth album Confetti.