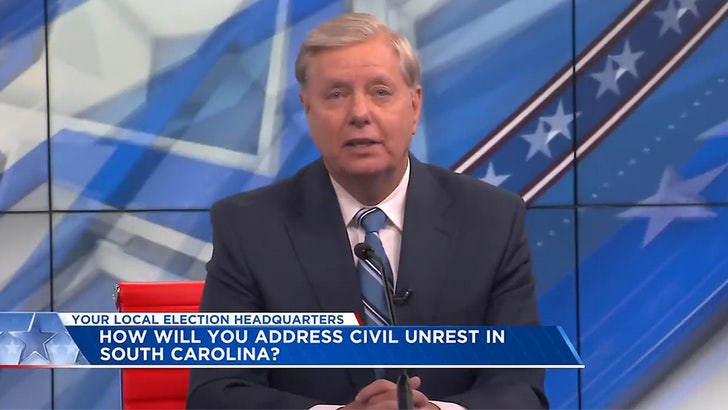 Graham dropped the comment during a debate of sorts between him and his rival, Democrat Jaime Harrison.  The Senator said the killing of George Floyd “was wrong and people should pay the price.”  The the BUT … Graham said there’s a war in America — a war against police.  He said, “Do I believe that our cops are systemically racist?  No.  Do I believe that South Carolina is a racist state?  No.”

And then he said this … “If you are a young, African American, an immigrant, you can go anywhere in this State.  You just need to be conservative, not liberal.”

It’s a bizarre comment.  Is he talking politics, and if so, is the idea to show cops you’re a card-carrying Republican?  And why aren’t liberals free to roam without fear in S.C?”

The race is super close according to the polls … Graham and Harrison are tied at 48%.

Newsweek: Graham made the comment, during what was initially going to be another head-to-head debate on Friday with Democratic contender, Jaime Harrison. The format for the televised event was changed after Graham had refused a request by Harrison to take a coronavirus test beforehand. Instead, both candidates were questioned for 30 minutes each on a range of issues, laying out their pitches for the state’s voters.