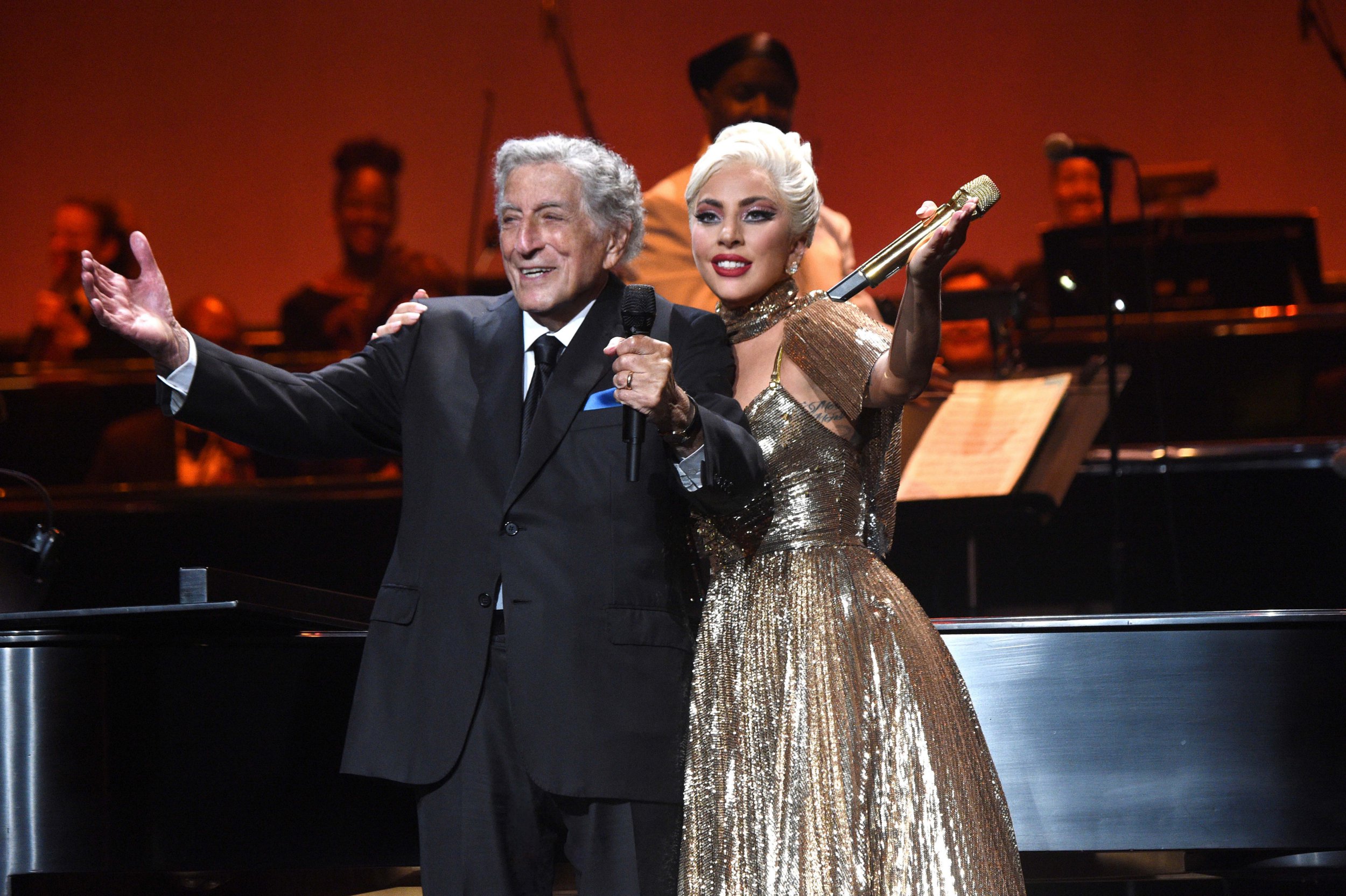 Lady Gaga became emotional as she performed alongside Tony Bennett in his final show.

The jazz icon, 95, was diagnosed with Alzheimer’s in 2016 and announced his retirement from performing earlier this year.

He took to the stage for the last time for a special concert in August, titled One Last Time, held at New York’s Radio City Music Hall.

The performance was aired in a CBS special on Sunday, with the House of Gucci singer, 35, tearful as she honoured her close friend.

Sharing a sweet snap of them on Instagram to commemorate the night, she penned: ‘The real “Lady” of the hour is Susan Benedetto, Tony’s remarkable wife.

‘Thank you Susan for how you love @itstonybennett I love you and Tony and the whole family so much.

It was emotional right from the off, with the Born This Way singer heaping praise on Tony as she introduced him to the audience for the last time.

‘How do you honour the most important and enduring voice of the last century? Someone who has been a mentor, a saviour and a dear friend?,’ she told the crowd.

‘Tony’s career has spanned eight decades — and in all of that time, he has never given less than his very best . So, that is how I want to honour him tonight.

‘By giving him more than I ever knew I had, and making Tony proud.’

The music icon has walked away from concerts in a bid to prioritise his health, after his diagnosis.

His son confirmed the news to Variety, insisting that it was a ‘hard decision’ for the family to make as he is still ‘a capable performer’.

‘This is, however, doctors’ orders. His continued health is the most important part of this, and when we heard the doctors – when Tony’s wife, Susan heard them – she said, “Absolutely not”,’ he said.

‘It’s not the singing aspect but, rather, the traveling. Look, he gets tired. The decision is being made that doing concerts now is just too much for him.

‘The decision is being made that doing concerts now is just too much for him.’

‘We don’t want him to fall on stage, for instance — something as simple as that,’ Danny added. ‘We’re not worried about him being able to sing. We are worried, from a physical stand point… about human nature. Tony’s 95.’