Lady Gaga can do anything in a pair of fishnet tights, whether it’s collecting a Grammy or lounging on a pool float in a Jacuzzi. Over the weekend, she wore the edgy hosiery to a surprise late-night performance in Las Vegas after one of her own Enigma residency shows. 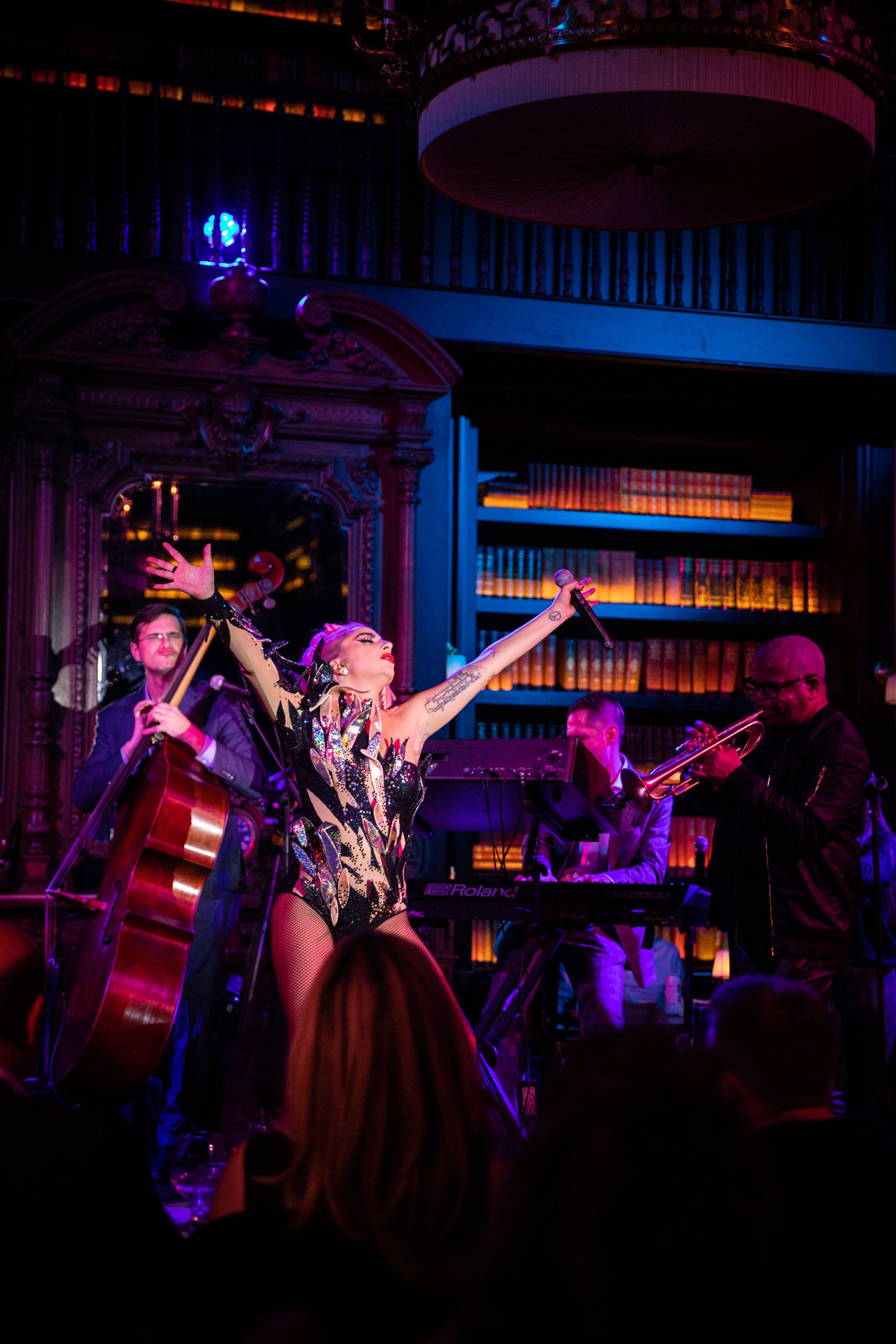 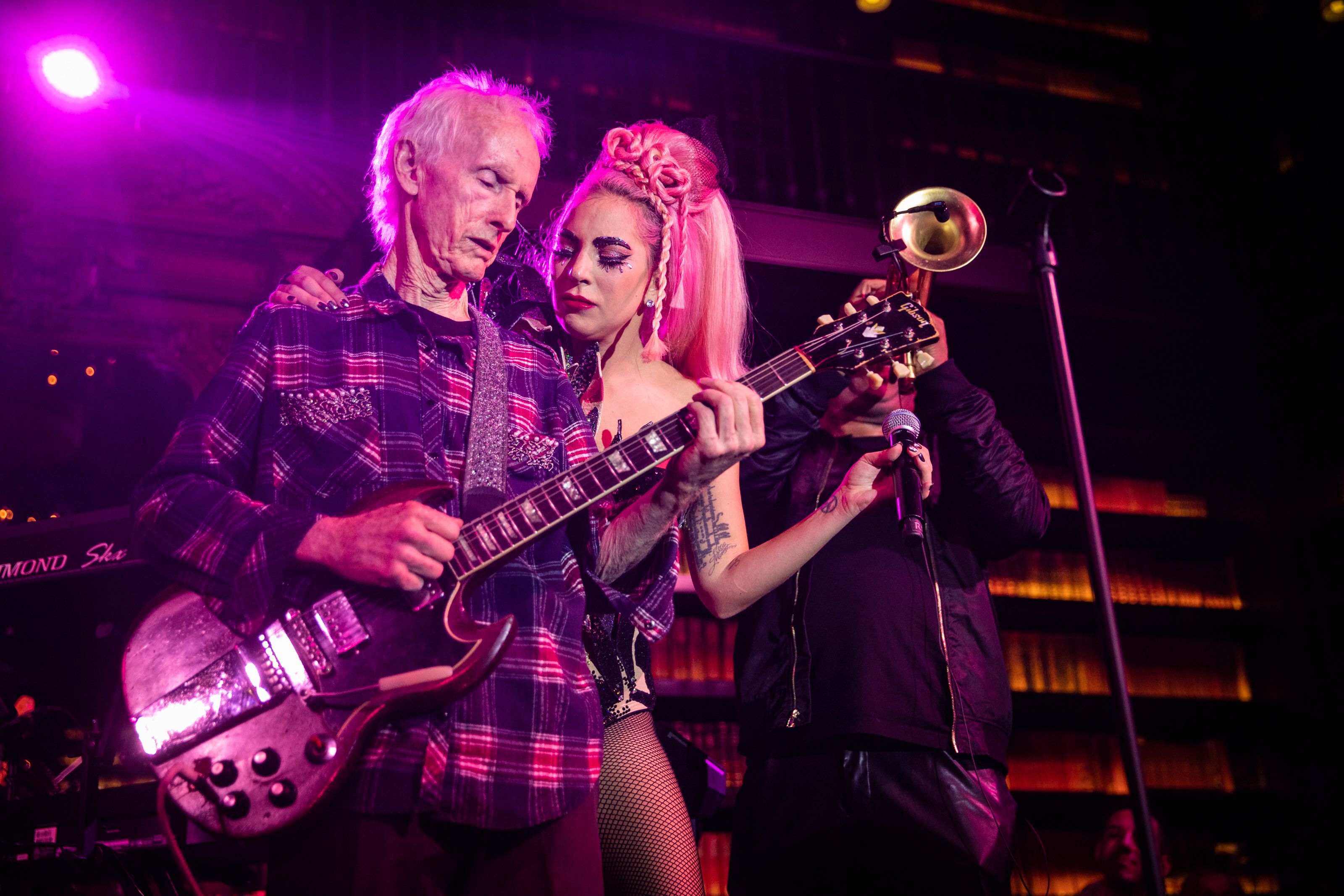 The superstar swung by The NoMad Restaurant, where she joined jazz musician Brian Newman and The Doors’ guitarist Robby Krieger. She took the mic and crawled on the stage in an elaborate, structured leotard with cutouts, metallic adornments, and sequins galore. Her bubblegum-pink hair, styled into a voluminous updo and braids, was the perfect final touch.

Weeks ago, Gaga was at the venue for an unannounced duet with Ashanti. 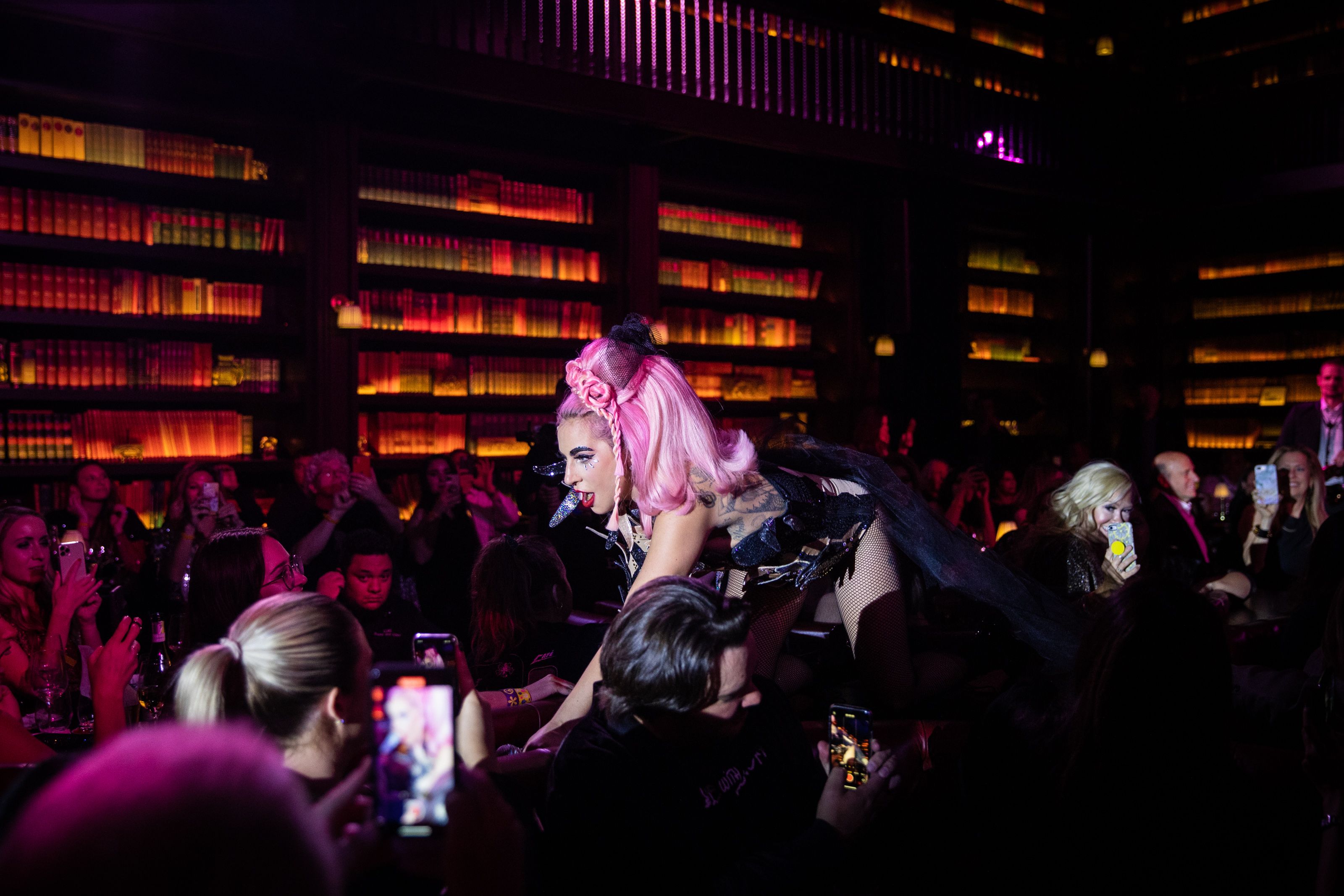 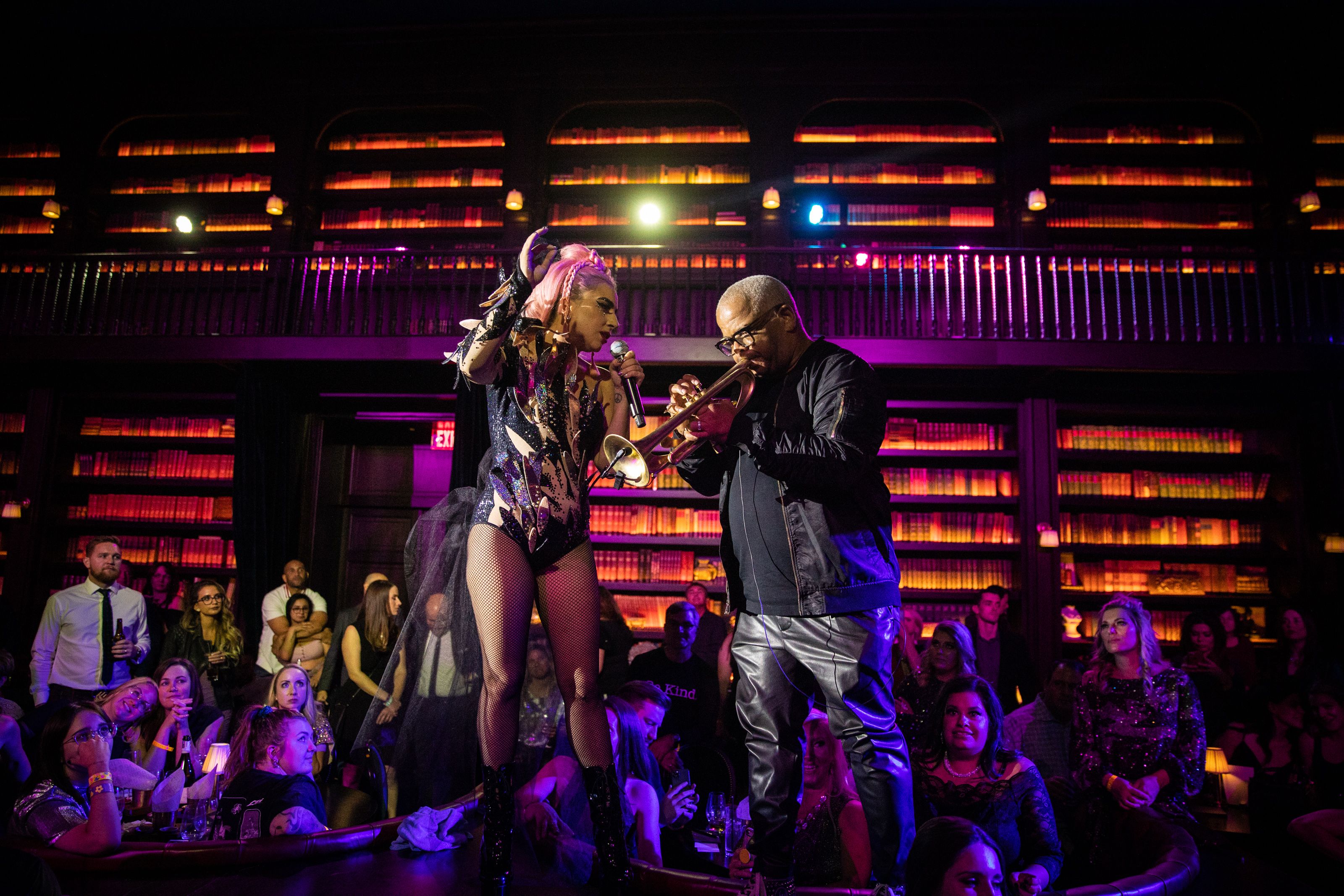 Gaga is known for her outrageous outfits, like that meat dress she wore as a statement against the “Don’t Ask, Don’t Tell” policy. “For me, that wasn’t shocking; it was shocking to the world,” she recalled to ELLE magazine.

However, the success of A Star Is Born and subsequent Oscar win brought about a revelation. “I sort of just went to myself, ‘You have a much greater mission on this earth than to freak the hell out of people. Your mission is to give people a form of love through your art that lifts them up,'” she said. 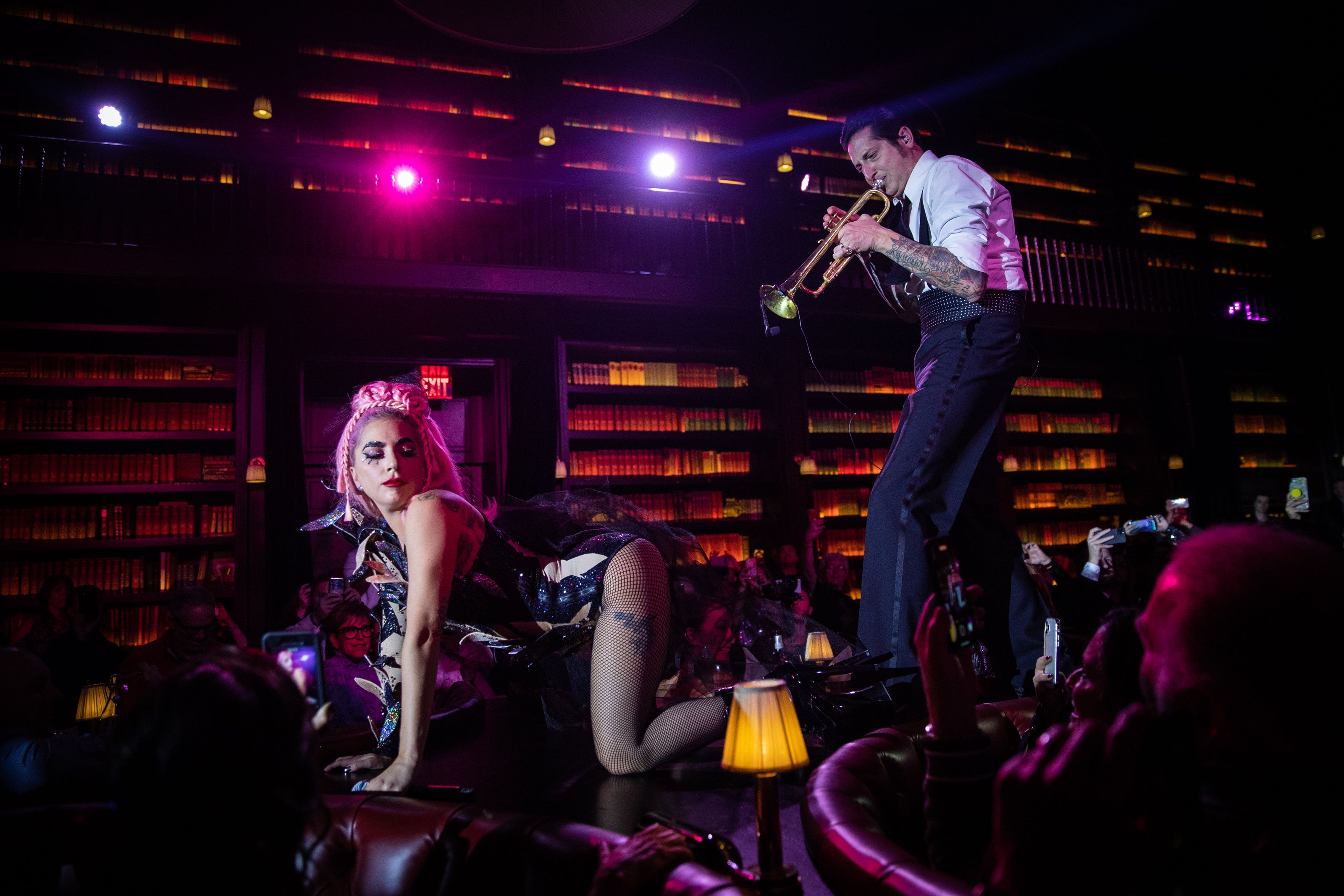 We wouldn’t mind if she stepped out in another meat dress though.