After controversy surrounding her cameo in Cardi B and Megan Thee Stallion‘s WAP music video, non-essential travel to Turks and Caicos for her 23rd birthday celebration, and drama with a celeb-loved designer, you’d think the Keeping Up With The Kardashians star would lie low for a while. Apparently, that’s not the case!

On Sunday, the Kylie Skin founder uploaded a series of three photos of herself to Instagram, showing off her curves in a black and white skintight jumpsuit, and at first glance everything appeared normal!

However, after The Shade Room posted a side-by-side comparison of the post, with one version showing “brown skinned girl

” as the caption, and the second showing “brown eyed girl

,” fans were less than pleased.

Jenner weighed in on the matter in the comments section, writing:

“This is photoshopped. Never said this. Have a good day”

She then took to her own IG Story to shut down any speculation before things got out of hand. And to back up her case, she brought along the receipts: 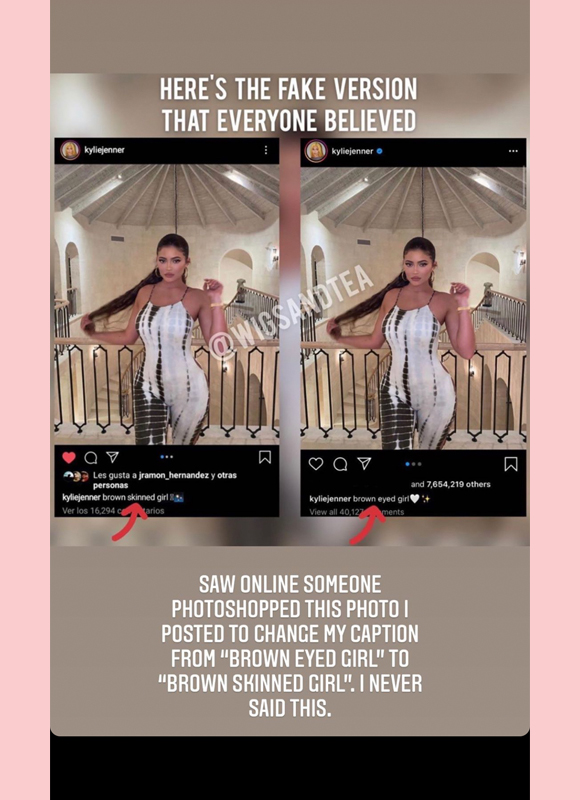 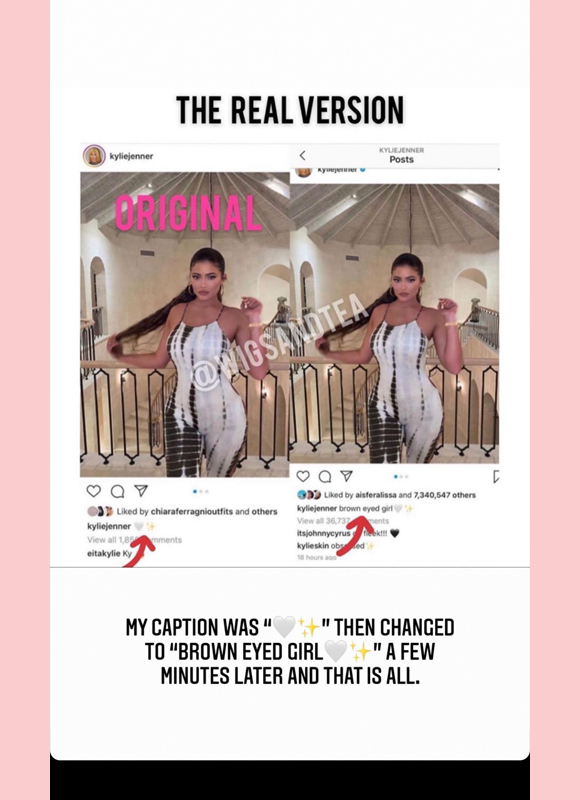 So she did edit it… from just emojis to the “brown eyed girl” everyone saw?

Despite the denial from Ky, the comments section seems doubtful she’s telling the truth. Take a look at what some critics had to say (below):

“When your tan has you confused on your own ethnicity”

“Don’t be shy change it back”

However, there are fans in her corner! Stormi‘s momma also uploaded a screenshot to her IG Story of two comments from supporters who wrote:

“I saw the photo as soon as it was posted and it said “brown eyed” why do people need to make drama out of everything and invent lies ????”

“i mean if the same screenshot is used everywhere that means it’s edited but if it was real there would be many different screenshots from different phones and fonts ????”

And it didn’t seem to phase her too much after all, as she was back to business as usual just a few hours later while showing off her chest in a bleach-dye inspired outfit: 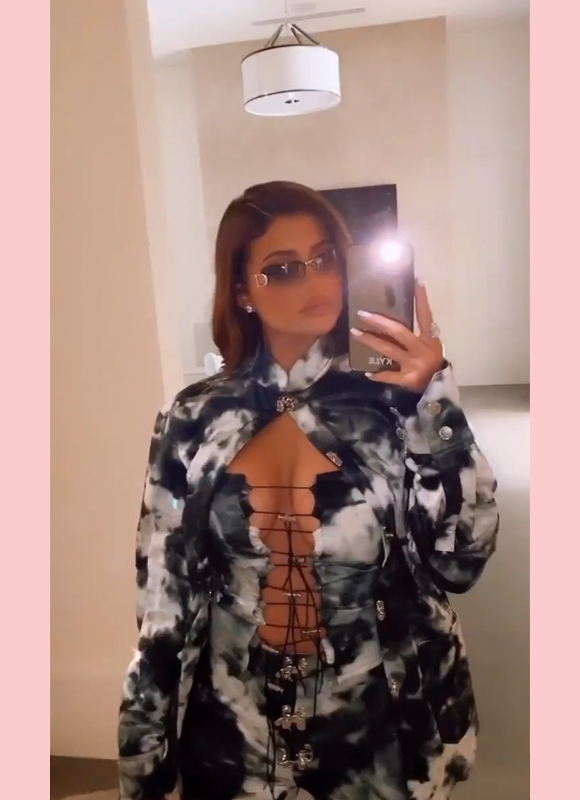 What do U make of all this, Perezcious readers?! Let us know (below) in the comments.