Mother of … seven? Kris Jenner declared Jennifer Lawrence an honorary member of the Kardashian-Jenner clan for her 30th birthday.

The Keeping Up With the Kardashians star, 64, shared a throwback photo via her Instagram Story on Saturday, August 15, of the pair in bed together. Jenner also shared a snapshot of Lawrence giving her a kiss on the cheek.

“Happy birthday Jen,” she captioned her post. “You are the most amazing girlfriend, wife, daughter and my favorite daughter today!!!!! Thank you for your friendship, love and so much laughter my sides hurt. I love you so much!”

Lawrence — who is a self-proclaimed fan of Keeping Up With the Kardashians — met Jenner years ago when the matriarch surprised her on her birthday.

“She was a big Keeping Up With the Kardashians fan,” Kris told Steve Harvey on Steve On Watch in 2017. “And somebody from her team called me up and said, ‘Would you surprise Jennifer on her birthday and give her a birthday cake, like you’ll be the surprise.’ When I walked out with this cake, she was so excited and we’ve had this little texting friendship from then on.”

The Hunger Games star and Jenner have kept the shenanigans going ever since and even shocked Kim Kardashian with their antics. In 2017, Lawrence guest-hosted Jimmy Kimmel Live! and welcomed the Skims founder, 39, as a guest. The pair reminisced on one hilarious dinner, which was filmed on someone’s cell phone. 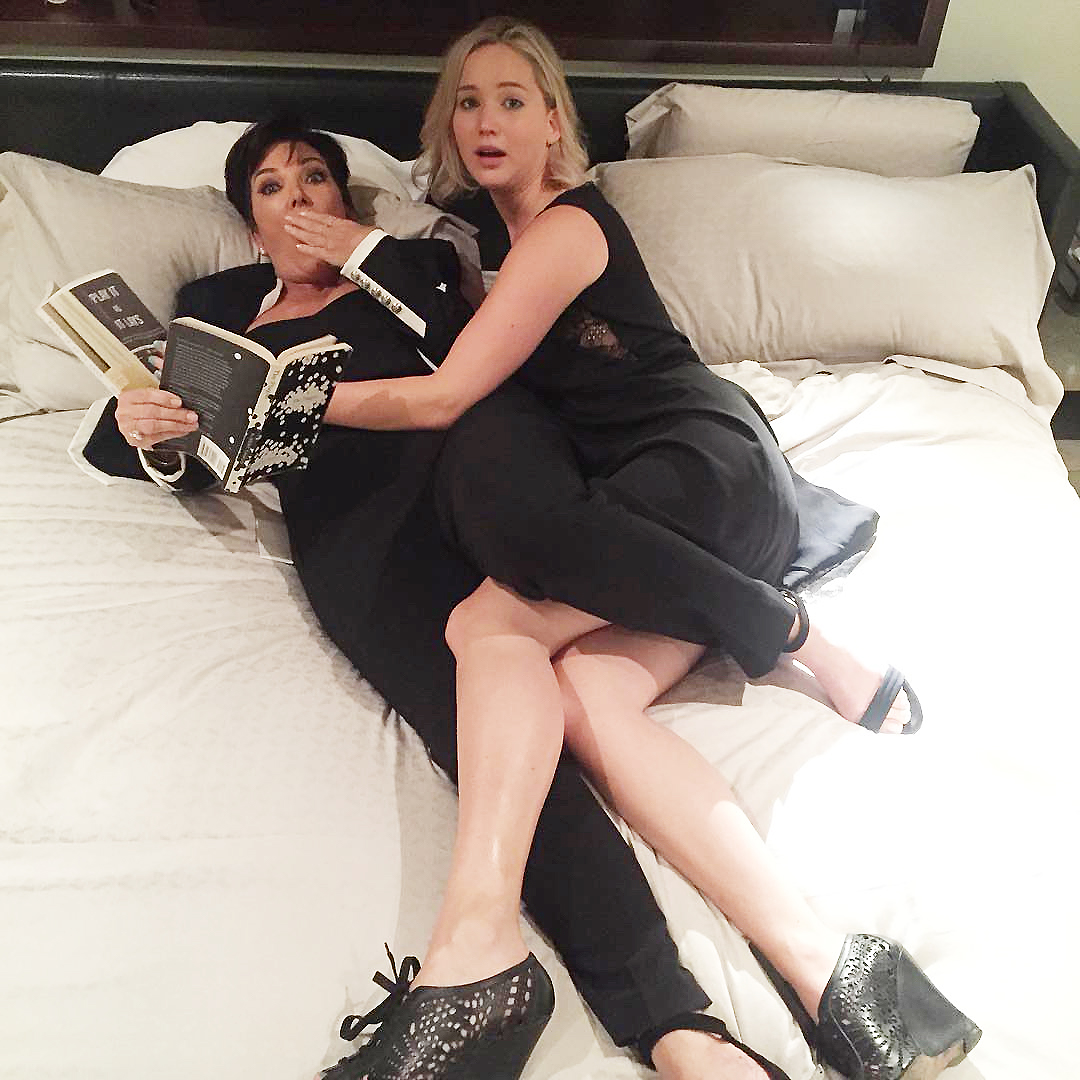 “I remember getting naked in your mom’s closet and ordering you to dress me,” Lawrence recalled. “I looked amazing, as you could see in that video. Is my memory correct? Did you call Kanye [West] to come up in the closet? Did you want him to style me?”

Kardashian replied, “You said, ‘I’m not joking! I really want Kanye to style me.’ And so I said, ‘OK,’ and then I come back in and you’re fully butt naked.”

Jenner confirmed the incident to Harvey, 63, weeks later and explained that the twosome bonded over their love of fashion.

“We started having a few cocktails, and we were having so much fun,” she said at the time. “And as girls do when they all get together, we ended up in my closet, looking at clothes and some stuff, and she started trying some stuff on. She just took off her jeans and went for it.”