On Saturday, Feb. 20, Barker shared a romantic note Kardashian had written him on his Instagram stories. "To lots of fun adventures, may we destroy each other completely. Love, Kourtney," it reads.

The note references a Feb. 16 tweet in which Barker wrote, "May we destroy each other completely." Although he and Kardashian’s new relationship seems to be moving very fast, there’s more to their love story than meets the eye.

It turns out the two go way back, and have been neighbors in Calabasas for years. They were even rumored to be dating back in 2019, although Barker denied it. "Kourtney’s like a dear friend. That’s it," he explained to People at the time.

But Kardashian and Barker were romantically linked in late January 2021, after they posted matching Instagram Stories of the view from Kris Jenner’s Palm Springs house. "They’re in Palm Springs together. They’ve been dating for about a month or two," an anonymous source reportedly confirmed to People soon afterward. "They’ve been friends for a long time but it’s turned romantic."

By Tuesday, Feb. 16, they finally made things Instagram-official when Kardashian posted a photo of herself holding hands with her man. She didn’t post a caption, but Barker reacted to the post with a simple black heart emoji.

Even though Kardashian’s note is def unconventional, things seem to be working out perfectly for the pair. "Kourtney and Travis have been spending a lot of time together, but they’re trying to take their time and trying not to move too fast," a recent source reportedly told Us Weekly. "No one is surprised by their relationship." 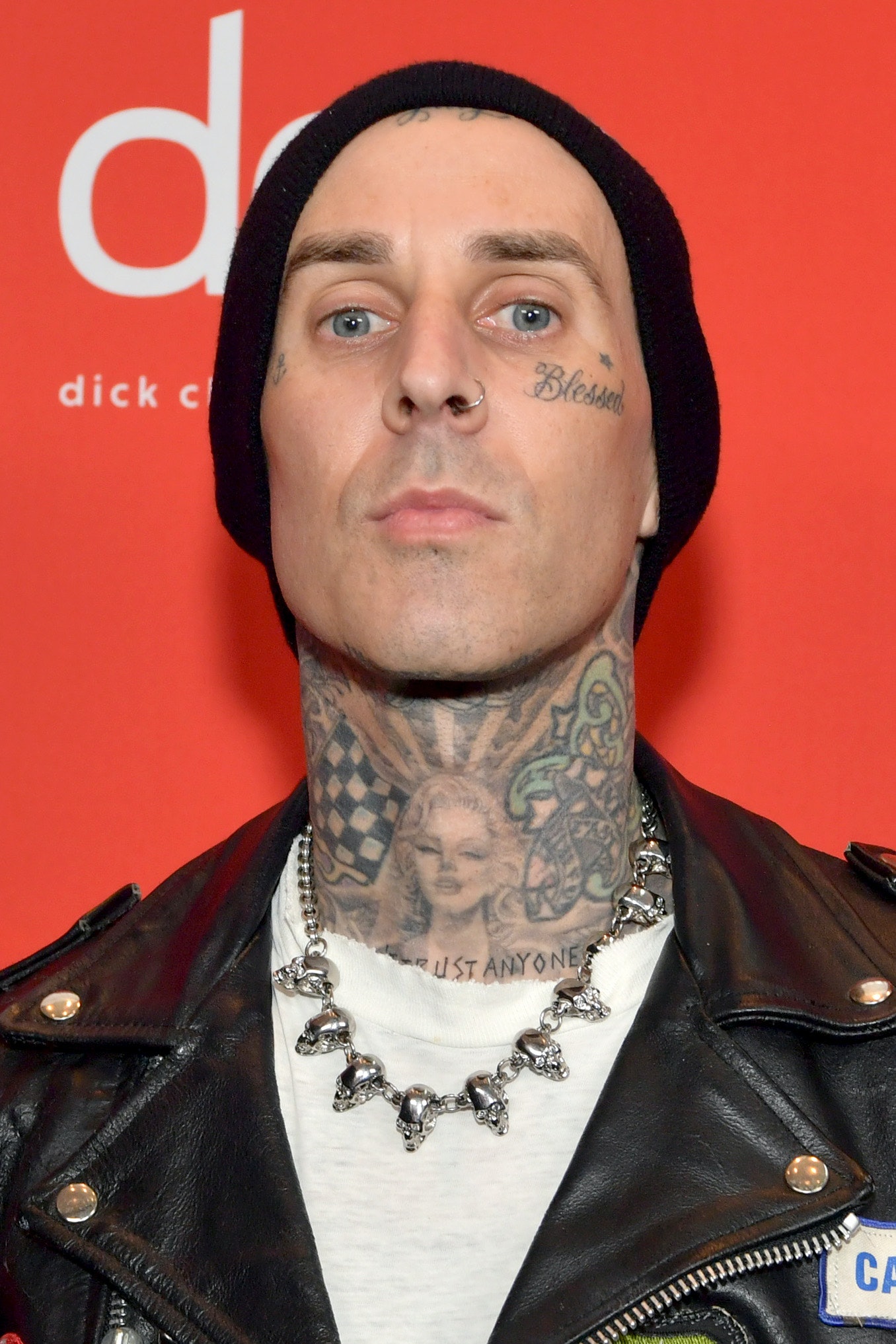 Apparently, Kardashian’s ex, Scott Disick, is also cool with it. As a source reportedly claimed to E! News when dating rumors first started circulating: "Scott has been around Travis on several occasions and thinks he’s a great guy." Everyone involved certainly seems happy with how things are going, and with all the Kimye drama going on, watching a new Kardashian romance develop is much-needed.