Last week, WSJ Magazine honored Skims creator Kim Kardashian West as its Brand Innovator of 2021. This week, reality star-turned billion dollar brand magnate proved why. On Nov. 9, Kim launched Fendi x Skims, her new shapewear and clothing collaboration with the famed Italian luxury brand. According to TMZ, the capsule collection sold $1 million worth of products in its first 60 seconds on the market. The pieces range in price from $100 to $4,200 (the cost of the brown leather dress Kim donned for her WSJ Awards honor). By the end of the day, they were “essentially sold out,” TMZ reported. Note to Pete Davidson: Next romantic dinner for two’s on Kim.

People magazine named Paul Rudd its “Sexiest Man Alive” for 2021 on Nov. 10. And whether you fell for the 52-year-old ageless wonder circa 1995’s “Clueless” or one of his more recent Ant-Man performances, chances are, you fell hard. In fact, even Ryan Reynolds said he was “very excited” about Paul’s “Sexiest Man” crown, though Ryan did jokingly predict on the “Today” show that “this opportunity will be wasted on [Paul], like so many before him.” Not including Ryan, of course. “He’s going to play it shy. He’s going to play it bashful, humble,” said the actor, who was People’s “Sexiest Man Alive” in 2010. “If I know what I knew now, I wouldn’t do that. You got to seize this opportunity!” Asked how he’d handle the honor if he won it again today, Ryan continued with his faux-serious advice. “I’m not saying I would leave my family, but they would need to go on without me,” he quipped. “I would roam the world clutching my dog-eared People magazine, going from town to town, sowing my wild oats like some sort of … magical gardener. It would be amazing.” Looking at the camera, Ryan urged Paul, “Don’t blow this, Rudd,” he said. “If you’re there, do not blow this opportunity. Run like the wind.” Paul, by the way, already has a plan for that: “I’m getting business cards made,” he told People.

Travis Scott was unaware of fatalities when he attended Astroworld afterparty: Report

As more information comes to light about the deadly crowd surge that erupted Travis Scott’s Astroworld Festival set in Houston on Nov. 5, sources close to the rapper have confirmed to NBC News that Travis attended Drake’s afterparty once he left the stage. But they say he had no idea eight people had died and many more had been injured. “Travis didn’t know the severity of the situation when he arrived at the party,” one insider told the outlet. “As far as timing, this remains consistent with the fact that no one including the police had publicly confirmed the gravity of the events that had taken place. When someone told Travis at Dave & Buster’s about the tragedy, he immediately left the party.” While Houston’s Fire Chief said Travis should have stopped the show immediately when he saw ambulances trying to enter the crowd, he’s also said there was inadequate communication between first responders inside the event, fire fighters outside the gates and festival organizers. Meanwhile, Paul Wertheimer, a veteran concert crowd management expert, called the festival organizers’ emergency operations plan “woefully deficient,” according to NPR. “It doesn’t address dangerous standing room environments. It doesn’t address … catastrophic situations, crowd crush, crowd collapse, surging, moshing, stage diving. It doesn’t discuss anything about that crowd where the disaster occurred,” he said.

he U.S. Surgeon General is speaking out after Matthew McConaughey said he opposes COVID-19 vaccine mandates for children. The actor, a father of three who has said he may run for governor in Texas, talked about vaccines at The New York Times’ DealBook summit on Nov. 9. “I couldn’t mandate having to vaccinate the younger kids. I still want to find out more information,” said Matthew, whose kids are 8, 11 and 13. “Do I think that there’s any kind of scam or conspiracy theory? H*** no. We all got to get off that narrative. There’s not a conspiracy theory on the vaccines,” he continued, adding that “right now” he won’t get the jab for his kids. “I’m vaccinated. My wife’s vaccinated. I didn’t do it because someone told me I had to — I chose to do it,” he stressed. In an interview with CNN, however, Surgeon General Dr. Vivek Murthy reminded viewers, “Covid is not harmless in our children. Many kids have died. Sadly, hundreds of children — thousands — have been hospitalized, and as a dad of a child who has been hospitalized several years ago for another illness, I would never wish upon any parent they have a child that ends up in the hospital.” He added that trials have shown the vaccines “are more at 90 percent effective in protecting our kids from symptomatic infection, and they are remarkably safe as well.” The CDC currently recommends children ages 5 and up get vaccinated against COVID-19. According to a new study conducted by Matthew’s home state of Texas in September 2021, unvaccinated Texans were 13 times more likely to contract COVID-19 — and 20 times more likely to die from the disease — than unvaccinated Texans.

Nicole Kidman transforms into Lucille Ball opposite Javier Bardem’s Desi Arnaz in the first full trailer for Amazon Studios’ upcoming “Being the Ricardos,” which arrived on Nov. 10. Written and directed by Aaron Sorkin and due out just before the holidays, the film tackles what was happening behind the scenes of “I Love Lucy,” as the comedy stars’ marriage began to unravel amid Desi’s affairs and what Amazon dubs a “smear campaign” launched against Lucy and her political views. The new trailer clocks in around two minutes — seemingly appeasing fans who griped about the lack of footage showing Nicole speaking as Lucy in the first teaser from Amazon. One person who’s already given Nicole’s performance two thumbs up? That would be Lucy and Desi’s daughter, Lucie Arnaz, who gushed on Instagram last month, “Nicole Kidman became my mother’s soul. She crawled into her head — I don’t know how you do that.” “Being the Ricardos” hits theaters Dec. 10 before landing on Amazon Prime Video on Dec. 22. 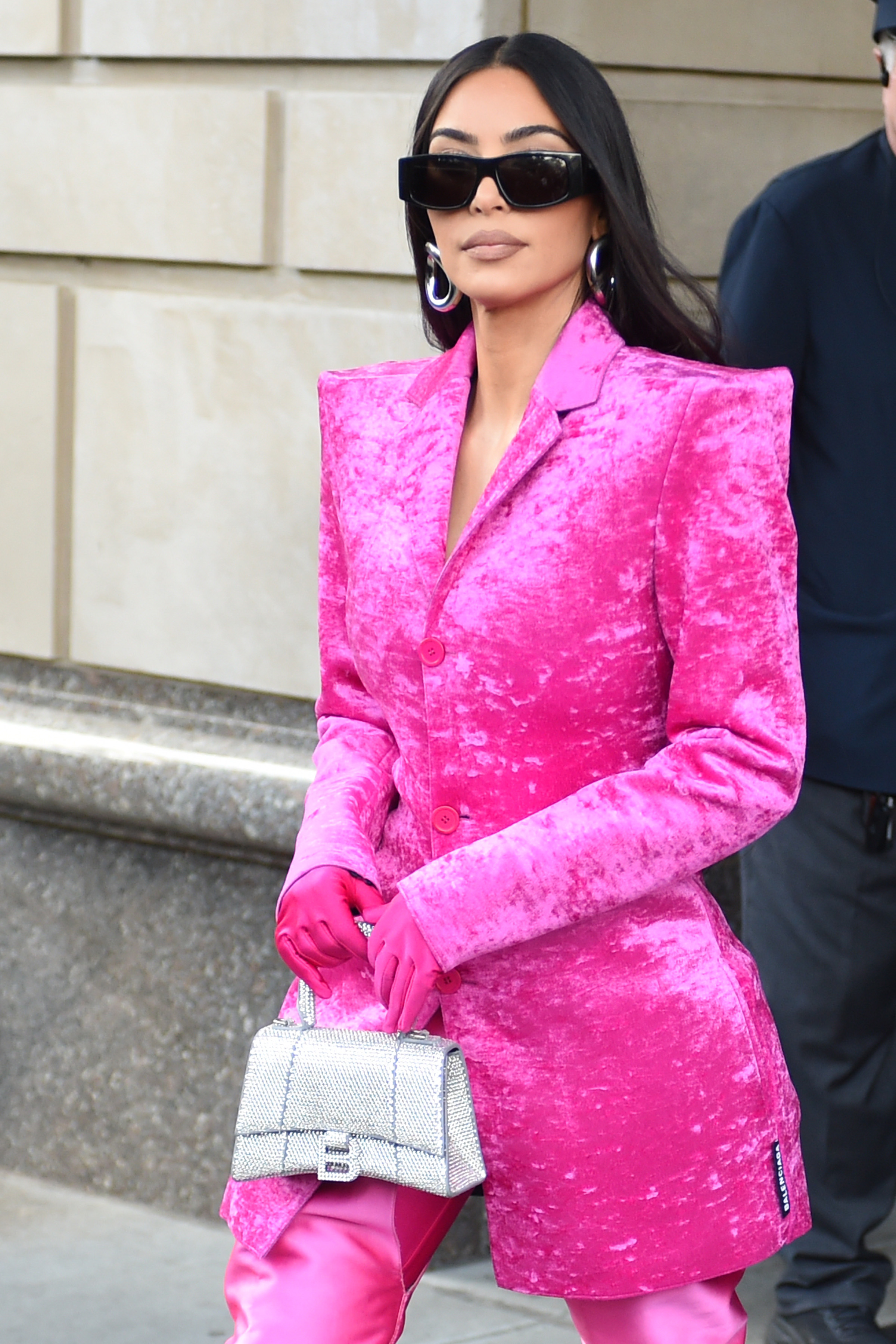 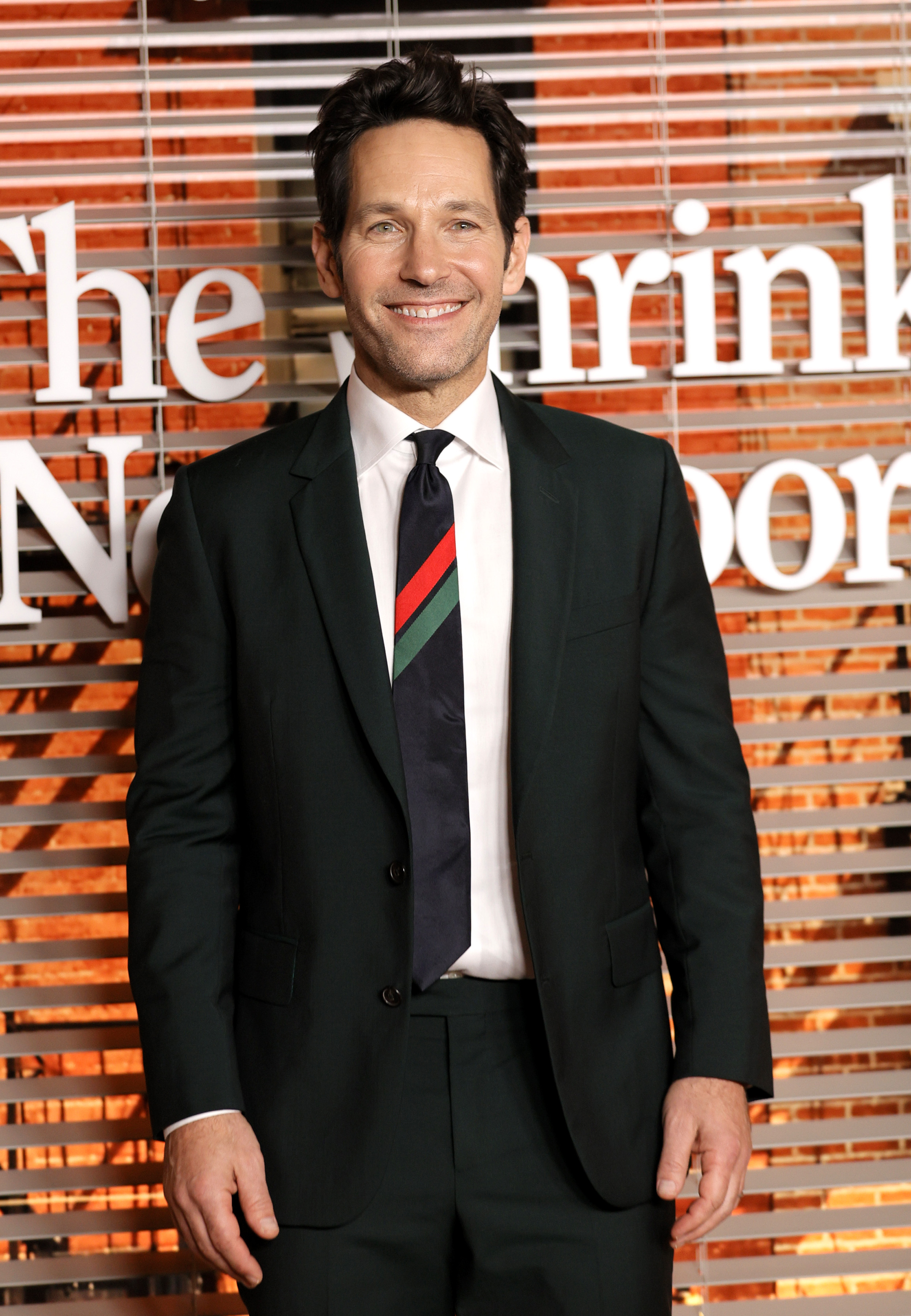 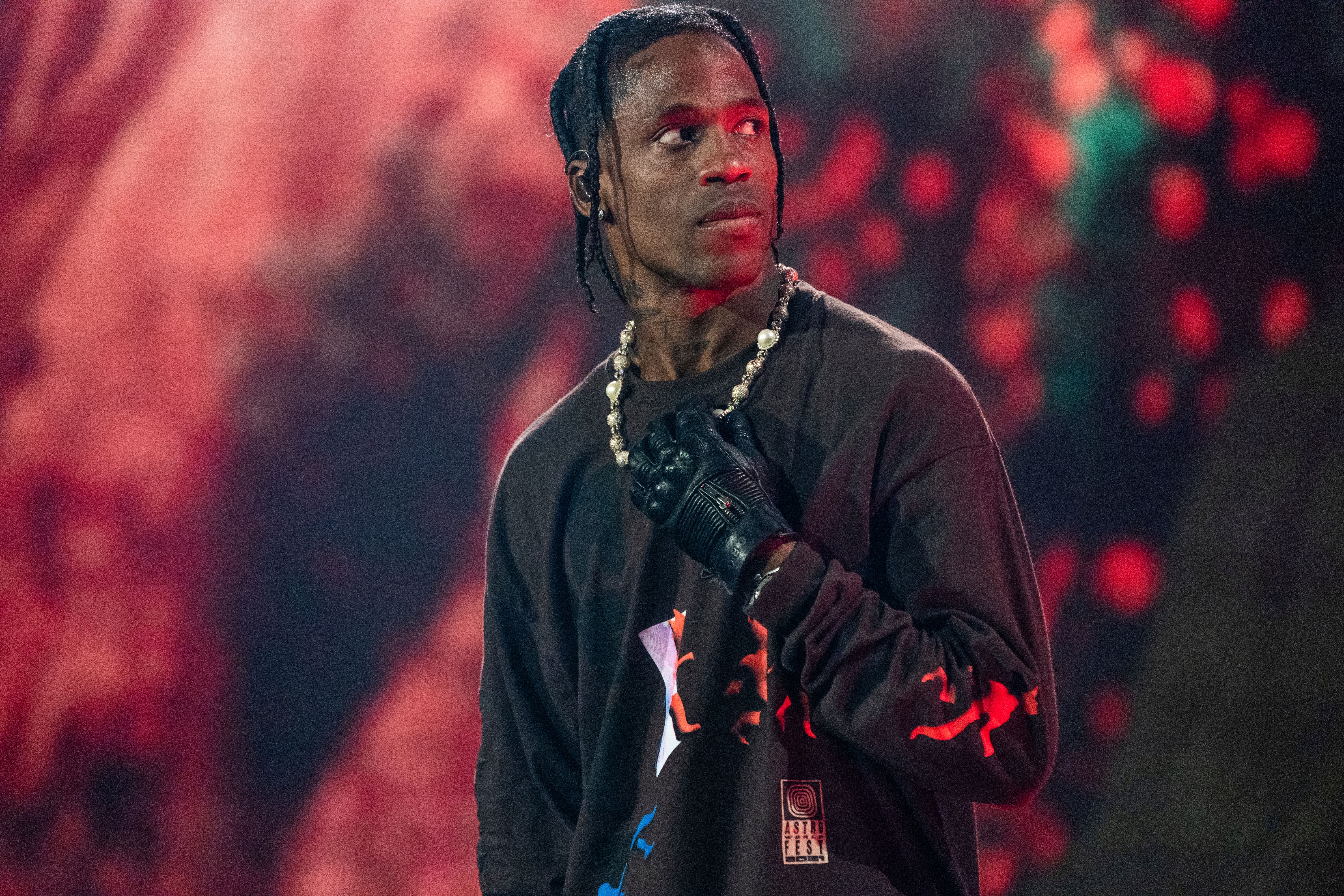 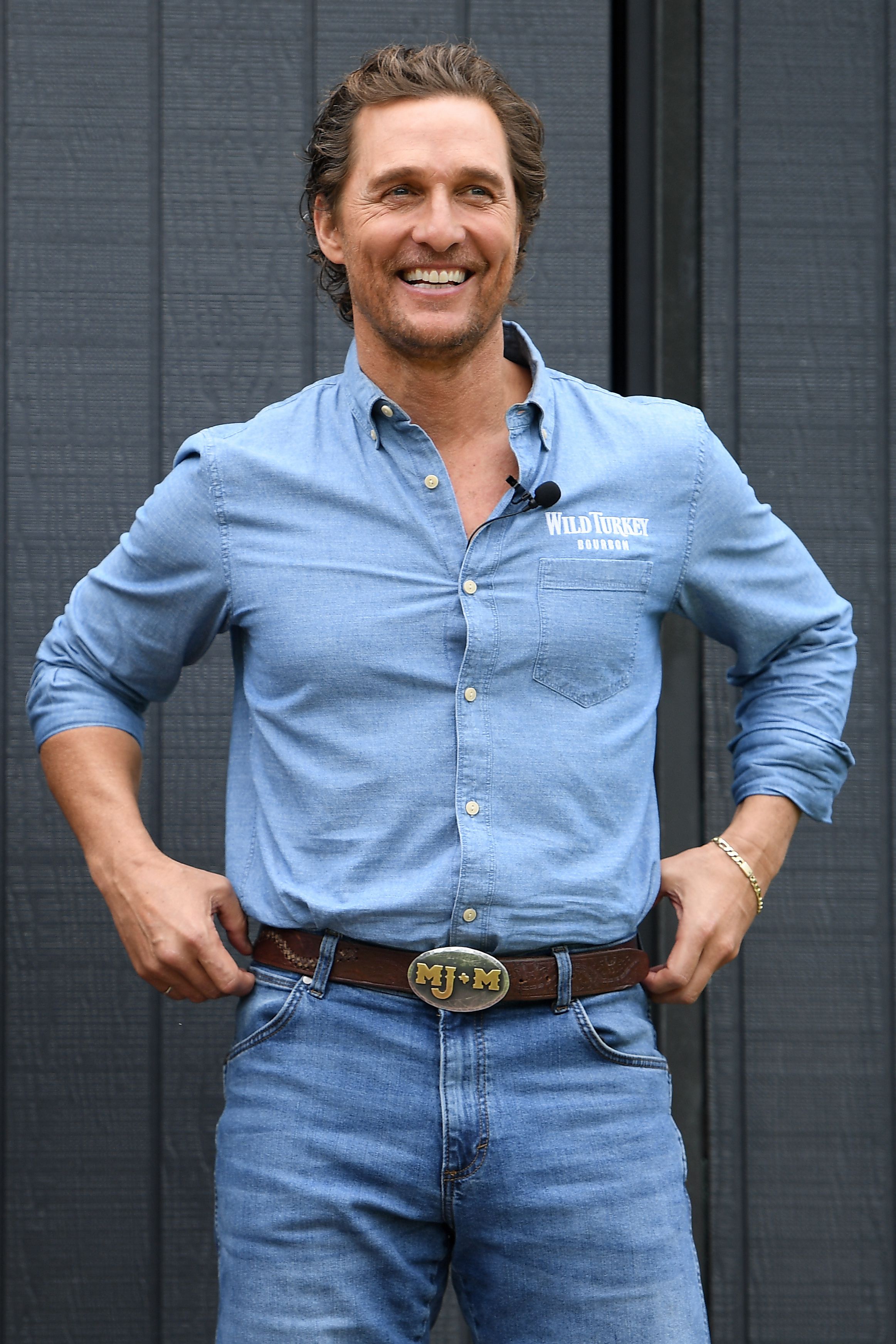 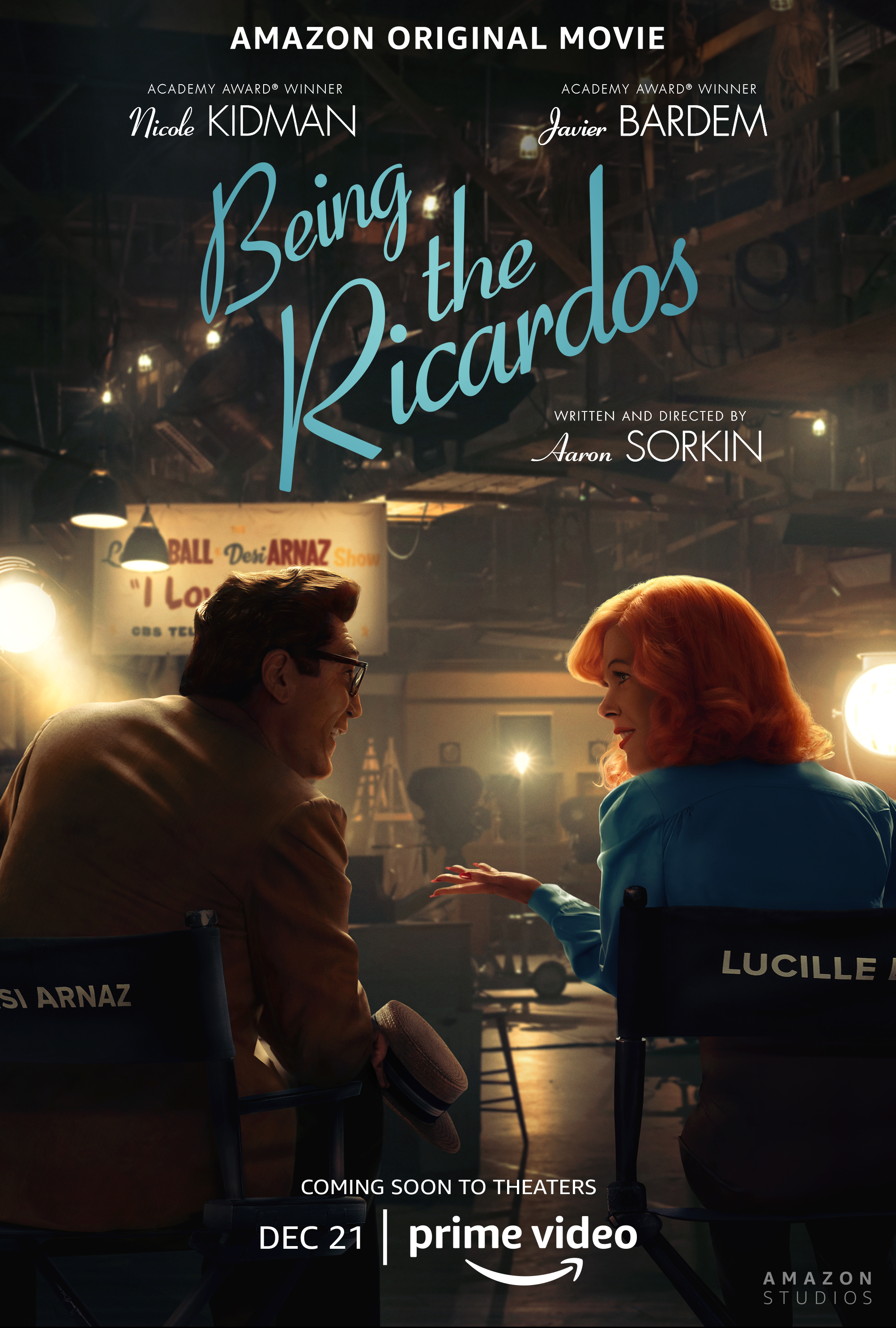 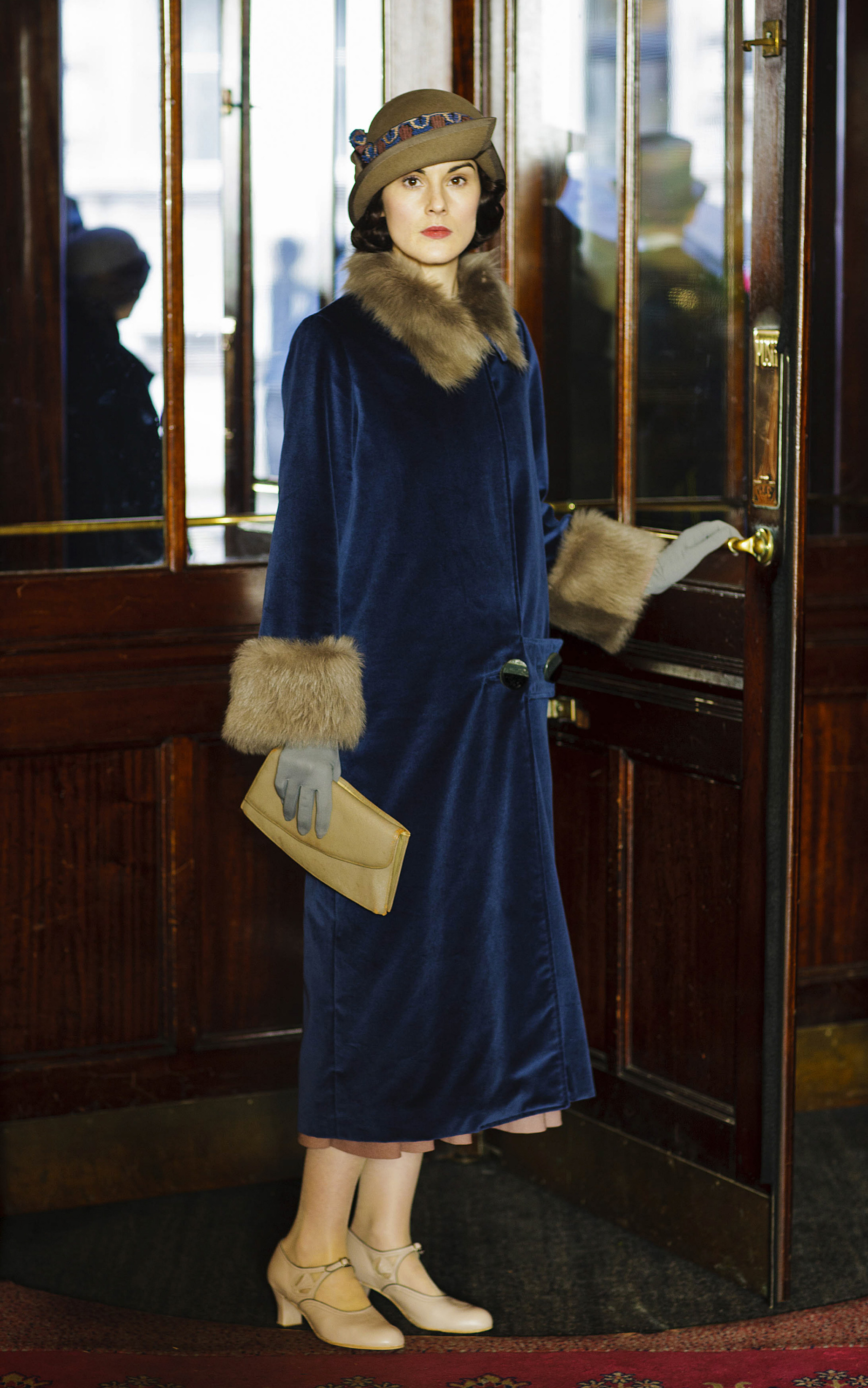