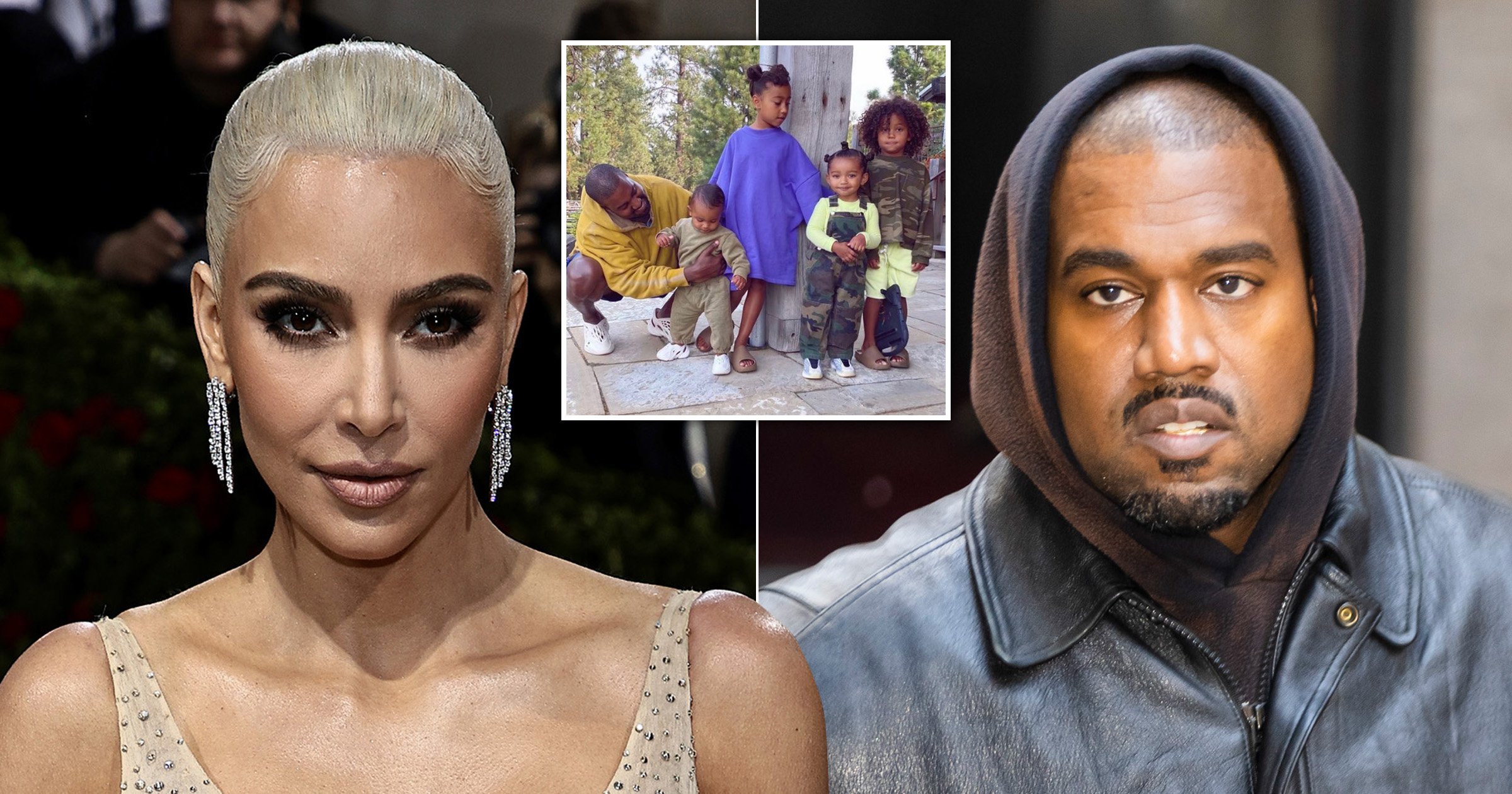 Kim Kardashian has praised her ex Kanye West for being ‘the best dad’ to their four children.

Things have not been easy for the former couple in recent months, with Kanye initially publicly furious about Kim’s new relationship with comedian Pete Davidson.

However the drama appears to have settled down, with Kanye going quiet on social media after reportedly telling Kim he would step back.

While Kim and Kanye did not work out as a couple, the mother-of-four has often praised his skills as a father, and reached out to the rapper on Saturday to mark Father’s Day.

She wrote: ‘Thank you for being the best dad to our babies and loving them the way you do.

A second photo showed a being Kanye carrying three of the children, with baby Psalm on his shoulders as he gripped North and Chicago in his arms.

Elsewhere, Kim thanked mum Kris’ second husband Caitlyn Jenner, taking her for ‘raising us and being the best step dad.’

She also paid tribute to her late father, Robert Kardashian, sharing a series of childhood snaps with the lawyer, who died when Kim was 22 years old.

Alongside a black-and-white photo of Kardashian with a young Kim, she wrote: ‘Happy Father’s Day to the best daddy ever!

‘The kids asked me how I would celebrate with you today if you’re all the way up in heaven and they gave me the cutest suggestions.’

She added: ‘I miss you and love you with all of my soul.’

Rapper Kanye has been keeping a low profile as of late, amid speculation his relationship with new ‘muse’, model Chaney Jones, has come to an end.

Kim, who filed for divorce from the rapper last February, recently opened up on their marriage in a new episode of The Kardashians.

Speaking cryptically, Kim said: ‘‘If people knew what my relationship really was like, I think they would be like, “How did this last this long?”

‘But I can live with myself knowing that I tried everything humanly possible to make a situation work and so I can walk away feeling absolutely guilt free.’