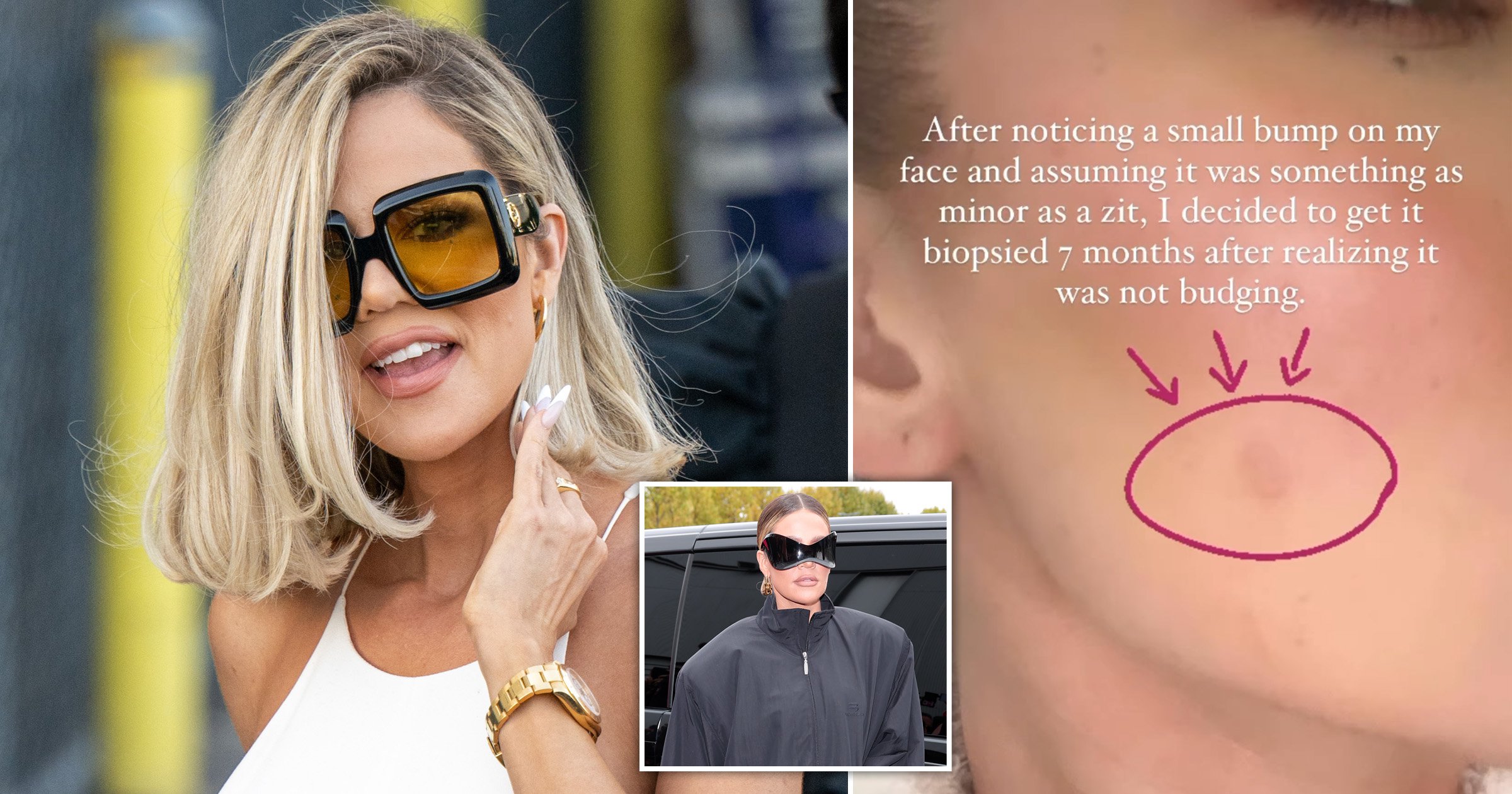 Khloe Kardashian has opened up on a recent operation she had to remove a tumour from her face, which was thankfully ‘caught early’.

The reality star, 38, has been seen with a bandage on her cheek and revealed to fans what the reason was behind it.

Khloe explained: ‘After noticing a small bump on my face and assuming it was something as minor as a zit, I decided to get it biopsied 7 months after realising it was not budging.’

She revealed that two doctors had biopsied the lump as what they were seeing was ‘incredibly rare’ for someone of her age.

‘A few days later I was told I need to have an immediate operation to remove a tumour from my face,’ she revealed.

Khloe added: ‘I am grateful to share that Dr. Fischer was able to get everything – all my margins appear clear and now we are onto the healing process.

‘So here we are… you’ll probably see a scar (and an indentation in my cheek from the tumour being removed) but until then I hope you enjoy how fabulous I’m making these face bandages look.’

She told fans that the reason she was speaking out was to encourage others to get themselves checked if they spot anything unusual on their bodies.

Khloe also revealed that she has a predisposition to be more sensitive to skin cancer, explaining: ‘At 19 years old, I had melanoma on my back, and I had a surgery to remove that as well, so I am pre-composed to melanomas.

‘Even those who are not, we should be checking all the time. I am someone who wears sunscreen every single day, religiously so no one is exempt from these things.

‘Please take this seriously and do regular self-exams as well as your annual checkups.’

Although Khloe believes she will be left with a small scar, she shared her gratitude that the tumour was caught early enough that it could be removed.

She added: ‘Thank you to my amazing doctors!! Garth I am so beyond grateful for you!!! I know how deeply you didn’t want to cut into my face, but you did it to protect me.

‘I trust you with everything and I am so grateful we caught this early. I am lucky and all I have is a scar to tell a story with.

‘Most people aren’t as lucky as me and I am forever thankful and grateful.’

According to TMZ, sources claimed that the first biopsy revealed the lump was a melanoma, and tests came back to say that the tumour was was precancerous melanoma after it was removed.