The Duchess of Cambridge wowed royal fans with not one but two looks on Sunday as she competed in a very special boat race in Plymouth.

SEE: Prince William reveals the one sport he can’t beat Kate Middleton at

But just before the race began, she changed into something a little more suitable for competition. The Duchess put on a black wetsuit with bright orange sleeves and a waterproof vest with “GBR” on the front.

Kate pulled her hair back into a ponytail and wore a grey baseball cap that also had “GBR” on it, which she teamed with sunglasses.

The talented athlete looked radiant on the boat as she laughed with her new team members.

She joined SailGP’s GB team in a Commonwealth boat race as the team enjoyed a friendly competition against New Zealand ahead of the final day of the Great Britain Sail Grand Prix, winning handily. 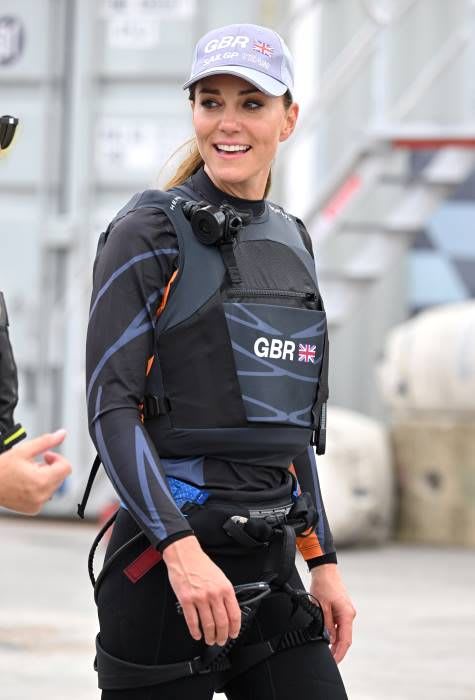 The Duchess became a full member of the British crew, working with the rest of the team to race the boat at speeds of up to 50 knots (more than 55 mph).

The royal is known for her love of sports – both watching and participating – and enjoys a wide range of physical activity, from tennis to skiing to cricket to sailing.

She’s even a good rugby player, according to ex-professional Mike Tindall. 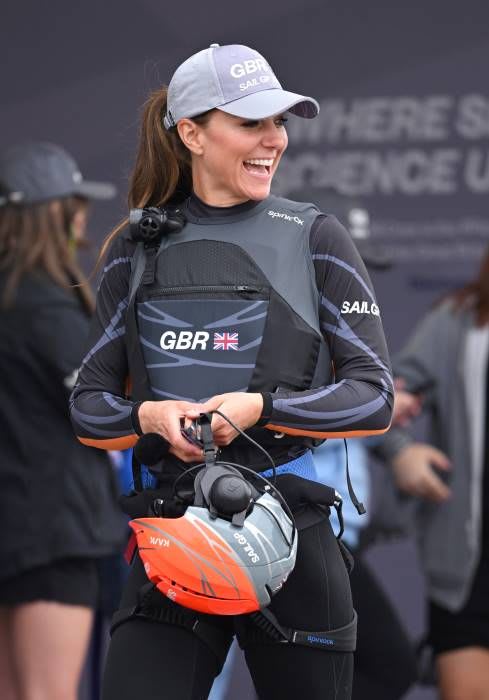 The Duchess helped lead the British team to victory

When asked about his cousin-in-law’s two rugby patronages roles on his podcast, The Good, The Bad & The Rugby back in February, the dad-of-three said the Duchess, 40, looked “effortless” on the pitch.

Mike commented: “I texted Ellis [Genge] and said, ‘Mate, please tell me anything she messed up on’ so I could sort of… family WhatsApp group, get to her, and he said, ‘No she was actually pretty good, and she was really good at kicking,’ and I was like [sighs]. But she has this competitive nature.”