The Duke and Duchess of Cambridge enjoyed another fun sporty day out on Wednesday, following their trip to Wimbledon the previous day.

This time Kate cheered her husband on as he played polo, and she had the cutest companion by her side!

The Duchess was joined by the family’s beloved dog Orla, and she clearly dotes on her pet, as she was spotted stroking the sweet black spaniel.

Orla was very well-behaved at the event and the pup could be seen looking adoringly into Kate’s eyes as well as patiently watching the action.

WATCH: Duchess Kate blows a kiss to her parents in sweet moment at Wimbledon

Two-year-old Orla was gifted to the royal couple in 2020 by Kate’s brother, James Middleton, and made her first public appearance in a photo released for Princess Charlotte’s birthday earlier this year.

When the youngster turned seven back in May, the Cambridges celebrated the day before by releasing new portraits taken by her mother, a keen photographer. 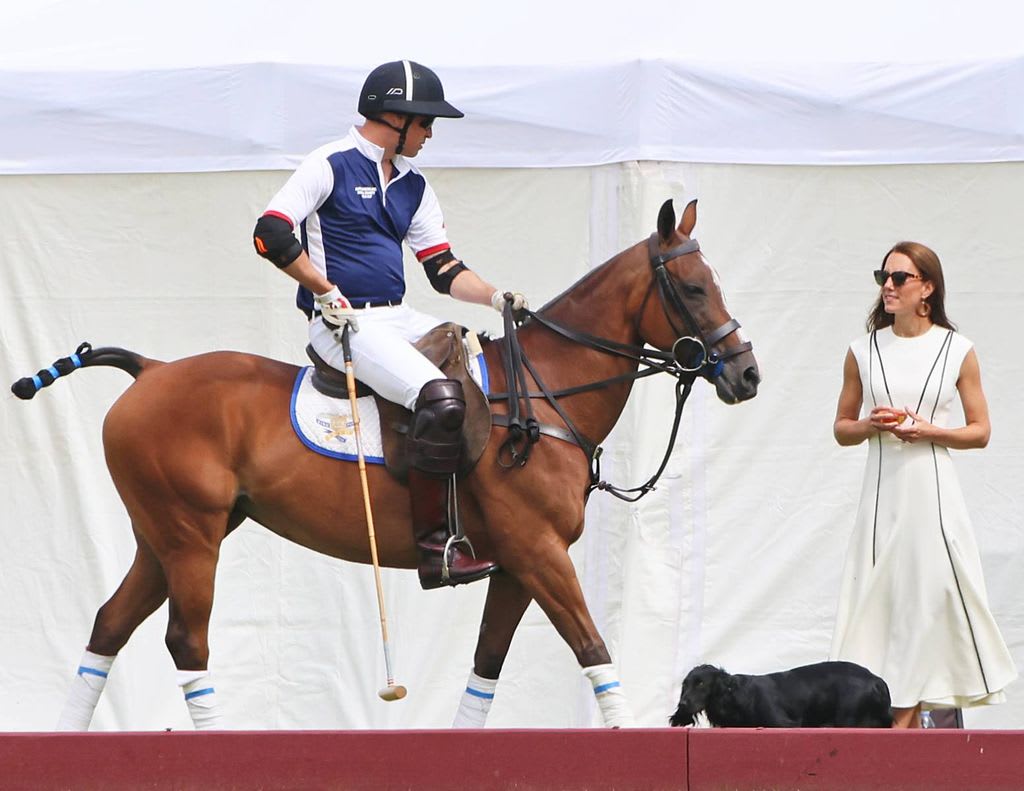 Kate and Orla watched the match

The laid-back snapshots were taken in Norfolk by the Duchess, and one showed the Princess cuddling Orla and beaming with delight.

In all the photos, Charlotte was surrounded by wildflowers, wearing a pretty blue jumper over a white blouse and with her long hair flowing past her shoulders.

Previously, Kate and William had kept the name of their dog private, and not shared any photos of Orla. They did reveal she was a girl earlier in the year, however, during a special royal visit.

When the pair carried out engagements in Lancashire in January, they met ten-week-old cockapoo Alfie at Clitheroe Community Hospital, where they thanked staff for their work throughout the pandemic.

The puppy, who licked William’s cheek, will be trained to support patients and colleagues at the East Lancashire Hospitals NHS Trust alongside therapy dog Jasper.

Kate described the pup as “so sweet” but, after enjoying a cuddle, added: “Our dog is going to be very upset. She’s going to be like, ‘Where have you been?'”