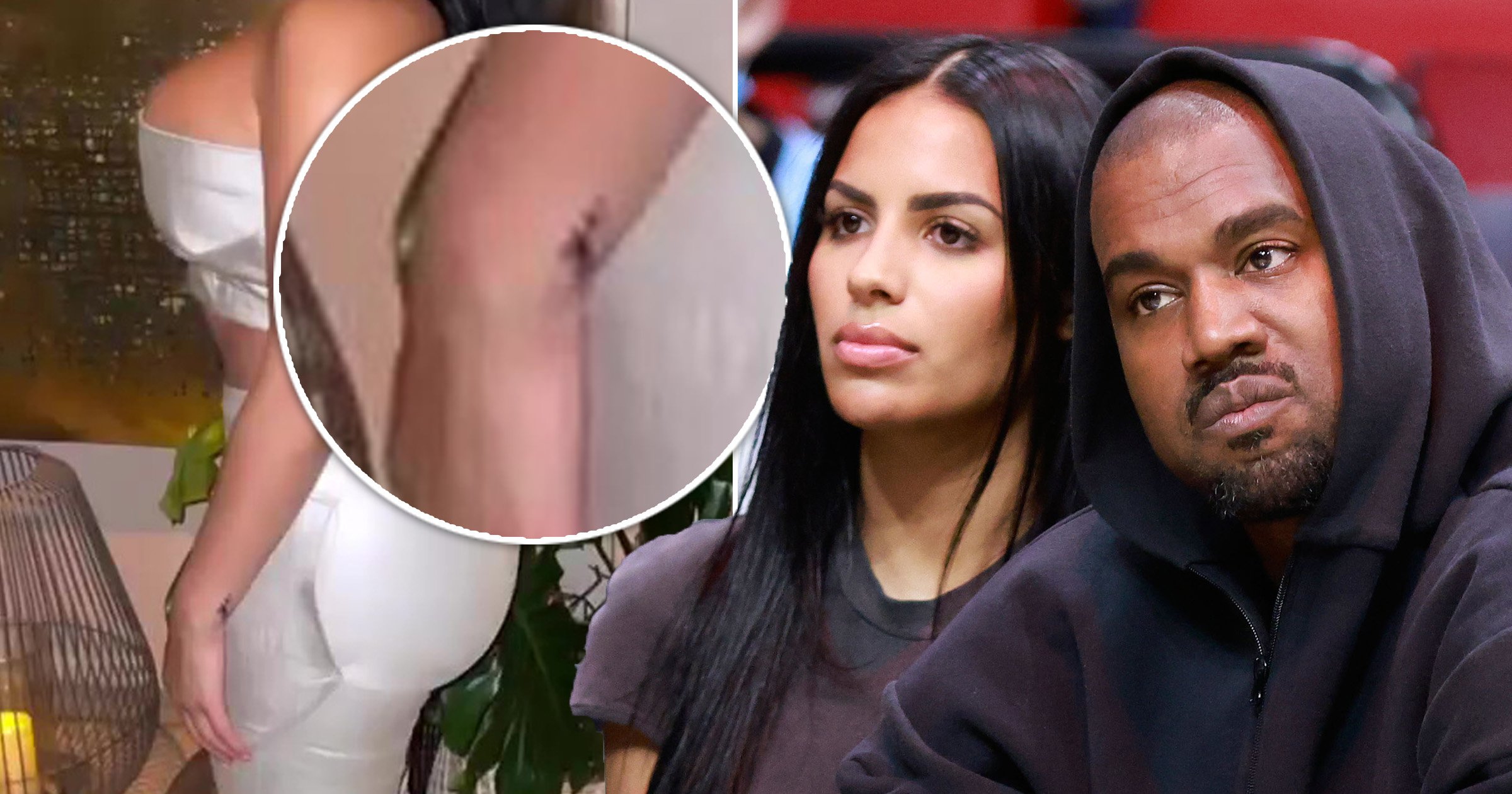 Things are definitely getting serious between Kanye West and girlfriend Chaney Jones if her new ink is anything to go by.

The couple made their relationship official in March and have enjoyed a whirlwind relationship so far, jetting out to Japan for a very swanky trip.

It looks like they have already taken things to the next level as the 24-year-old – who has been compared to his ex, Kim Kardashian – appeared to unveil a tattoo tribute to the Praise God rapper, 44.

In new snaps shared on her Instagram story, the model could be seen posing up a storm in a pair of silver trousers, complete with a matching crop top and heels.

However, it wasn’t the fit that caught our eye, but an inking on her wrist, which seemingly reads, ‘Ye’.

The dad-of-four has kept a low profile with his new romance, which comes after his short-lived fling with Julia Fox made headlines around the world.

They were first pictured together at a party in Malibu in January, and made things official less than two months later, enjoying various public date nights.

Chanye (too soon?) have even received the blessing of the Grammy-winner’s ex-wife, Kim, who vowed that she wants her former partner to be ‘happy’.

Appearing on the Not Skinny But Not Fat podcast, she said: ‘I just want him to be happy and she seems like the sweetest. Whatever makes you happy, I don’t care what it is.’

‘I think that it’ll reflect in your life and your work, everything, and how you are a parent, so I just… as long as he’s happy, I genuinely just want that, truly.’

Kim filed for divorce from the musician, who she shares children North, Saint, Chicago and Psalm with, last February, after nearly seven years of marriage.

She has since moved on with Pete Davidson, who has also showed his affection for his new partner in tattoo form.

In the latest episode of the Kardashians, which appears to have been filmed at the end of 2021, the Skims businesswoman spoke of where her bond with Kanye stood at the time.

In a candid chat with sister Kourtney, she said that the Yeezy designer had slated one of her outfits in a savage message, comparing her to Marge Simpson.

‘I got to a point where I would ask him for advice for everything down to what I wear,’ she said. ‘Even now I’m having panic attacks like, “What do I wear?”

‘In New York, he styled me all for SNL. Then for the Wall Street Journal magazine I won the innovator award for Skims and I was like, “How do I wear something that hasn’t been pre-vetted first?”

‘And then he called me afterwards. He told me my career is over and then he showed me a picture of Marge Simpson wearing something similar.’