Okay, I know we said Miley Cyrus and Kaitlynn Carter’s relationship was getting serious yesterday, but now it’s really getting serious. Like, more serious than most monthlong (as far as we know) relationships. After yachting in Italy together, going to award show after-parties together, suffering through Los Angles traffic together, and moving in together, Kaitlynn is out here rocking a ring on her ring finger, and I cannot handle the speed at which these major life events keep occurring!

This afternoon, some new pictures of Miley and Kaitlynn braving the paparazzi while checking out of an NYC hotel appeared. In one of them, Kaitlynn is either adjusting her sunglasses, wiping her cheek, or reaching up to touch her hair. What she’s doing isn’t exactly important though, because all your attention should be directed to her ring finger. Reminder: The ring finger is traditionally reserved for an engagement, wedding, promise ring, or some other significant type of ring. Anyway, Kaitlynn had a ring on that finger, and it 100 percent has the letter “M” on it. You know, “M” as in Miley. See for yourself: 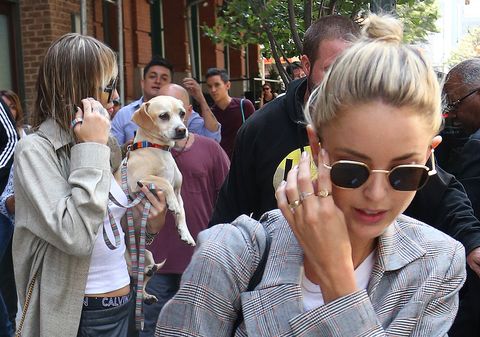 Of course, not everyone thinks the ring finger is symbolic of something eternal or whatever. But even if Kaitlynn put that ring on her thumb or pinkie toe, the fact that it might say “M” on it is extremely interesting. Also! If you look over at her index finger, you can see that her other ring says “GF” on it, and the ring on her middle finger is a horseshoe, probably representing Miley’s country roots. Zoom in on that bad boy! 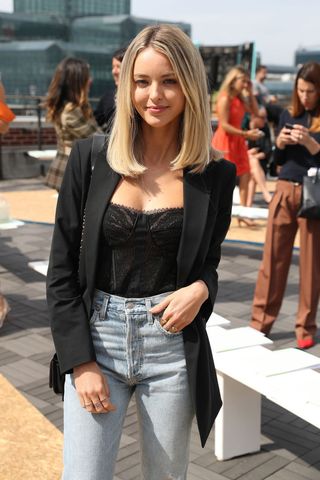 And if there was any other doubt about how they feel about each other, Kaitlynn left the drooling emoji on Miley’s latest Instagram. So, yeah, on social media, that’s basically like writing a romantic Shakespearean sonnet.