Justin Bieber took a page out of wife Hailey Baldwin’s book by rocking a pair of shorter than short shorts on Instagram. And he pulled off the look flawlessly!

Justin Bieber has one question for his Instagram followers: “Who wears short shorts?” The “Anyone” singer, 26, is getting a leg up on the new year by rocking a pair of tiny shorts that looked like they were snagged from wife Hailey Baldwin‘s wardrobe during a casual day at home. Justin did his best impression of a model by giving a disinterested gaze at the camera while rocking the breezy gym shorts, an oversized sweatshirt, a trucker hat, and visor shades.

He captioned the post, of course, with the lyrics to the 1957 hit from The Royal Teens, “Short Shorts”. Justin’s friends were all about him baring his legs. As his stylist, Karla Welch put it, “honestly, we could go shorter.” Benny Blanco agreed, commenting “make em shorter,” while Madison Beer wrote, “couldn’t have said it better myself.” Troye Sivan commented with a burst of explosion emojis to top things off.

Justin’s fashion moment came three days after his epic New Year’s Eve show. He brought the house down during T-Mobile Presents: NYE Live with Justin Bieber by performing some of his most famous hits — even if he forgot a few of the lyrics. Yes, Justin couldn’t remember the words to “Sorry” and “Love Yourself”. But he recovered, dedicating “Holy” to Hailey, who he’s so “in love” with. 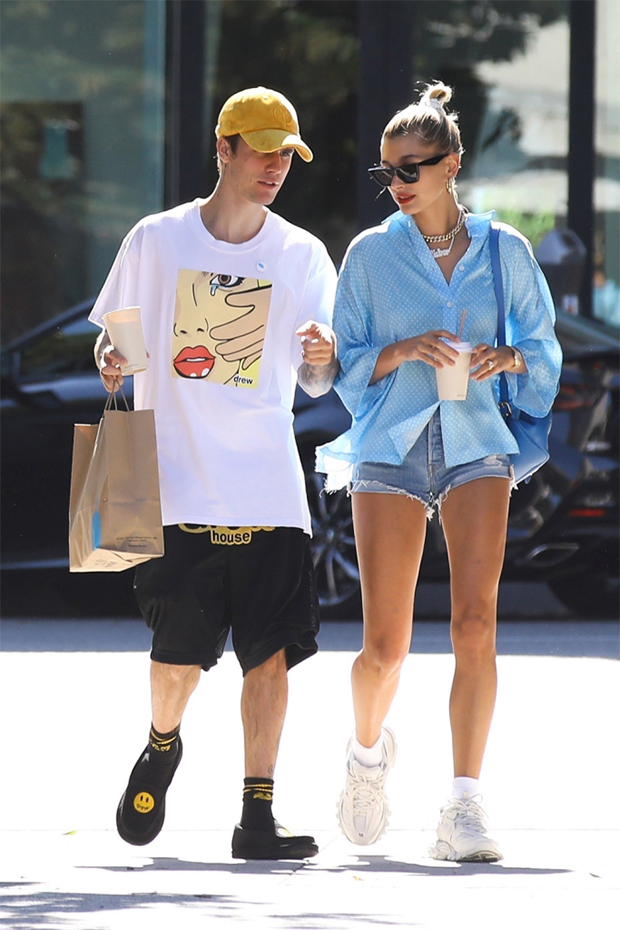 He then debuted his new music video for “Anyone,” which showed him undergo a wild makeover. The inked-up star covered up all of his tattoos with airbrush makeup to play a Rocky Balboa-esque prizefighter who romances Zoey Deutch. Now we’ve seen everything.