In the trial of Johnny Depp vs. Amber Heard, Heard’s abuse op-ed in The Washington Post is under scrutiny by the court. That’s the essay at the heart of the trial — the one Depp says ruined his career. And it turns out Heard had professional help in “all aspects of the conception, preparation, drafting, and publication” of that piece. 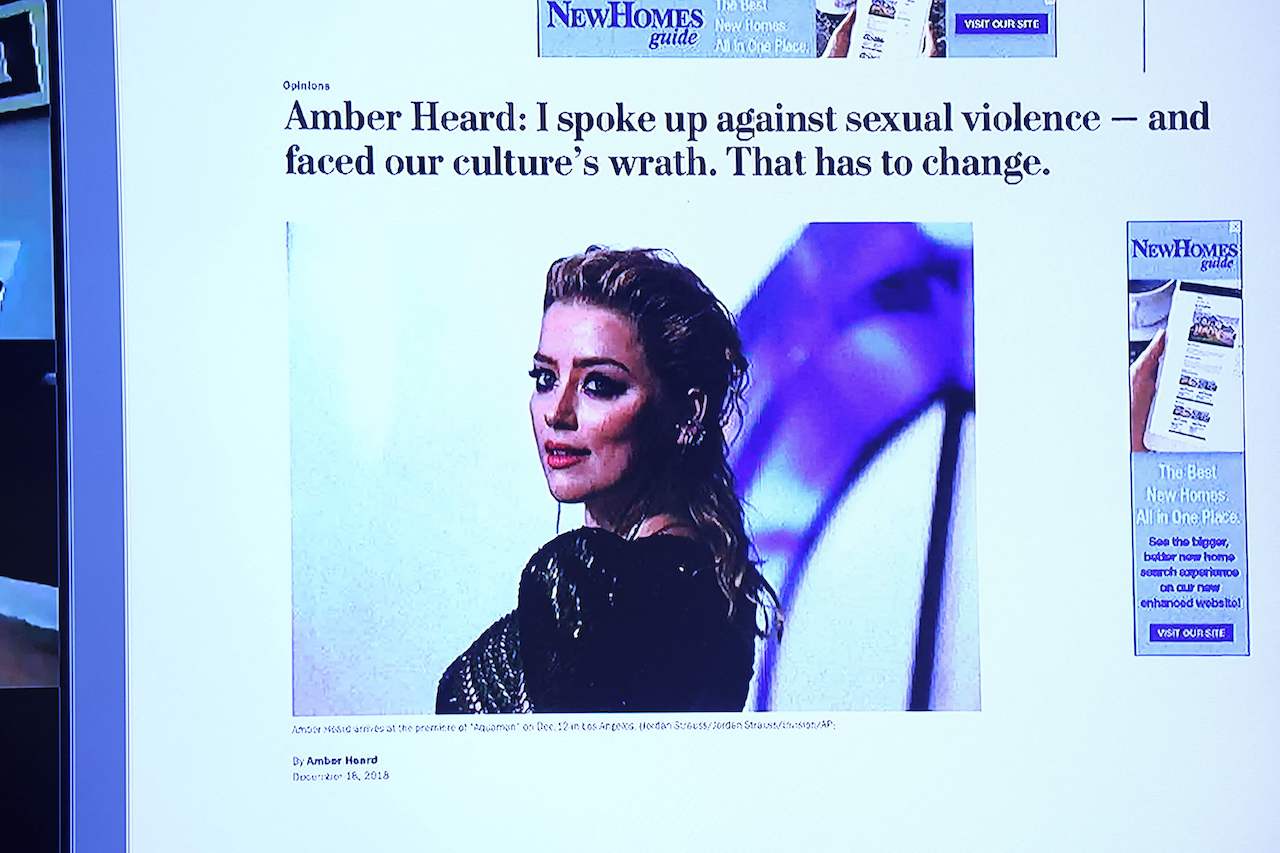 To the surprise of some observers, Heard’s relationship with the American Civil Liberties Union (ACLU) came under the spotlight in the defamation trial. Chief operating officer Terence Dougherty revealed that professionals within the ACLU’s communications department assisted in Heard’s op-ed published in The Washington Post.

The Post credited Heard as the writer, as it was allegedly about her perspective. But the Director of Artistic Engagement, Jessica White, and the communications department of the ACLU got involved in “all aspects of the conception, preparation, drafting, and publication” of Heard’s essay, Dougherty claimed.

He said the Aquaman actor worked with her lawyers and the ACLU to build the debatably career-ending essay. The ACLU hoped to capitalize on the interest in her from the movie and use it to bring attention to important issues, such as domestic violence.

Amber Heard donated $1.3 million to the ACLU after they assisted in the abuse op-ed

Dougherty also testified about the $3.5 million pledge Heard made to the ACLU from her divorce settlement. A crop of headlines emerged in 2018 suggesting Heard had donated large sums to charity. And that’s what she’d promised to do with the divorce money.

But it turns out she only paid part of the ACLU’s promised donation. And the first $100,000 came in the form of a check directly from Depp’s legal team, Dougherty said.

So far, Heard has paid $1.3 million. She agreed to pay toward the $3.5 million total yearly for 10 years. But Dougherty said she hasn’t paid a yearly installment since 2019.And when the ACLU reached out about her commitment, she said she was having financial troubles.

According to Celebrity Net Worth, Heard currently has an $8 million net worth.

Amber Heard ‘wanted to wear the pants in the relationship’ with Johnny Depp despite claims made in her op-ed, his bodyguard said

Some of the Edward Scissorhands star‘s associates have also testified, like his bodyguard, Malcolm Connolly. He said it was “great to see [Depp] happy again” in the honeymoon phase of his relationship with Heard. But according to him, “Things started to change. Amber started to change.”

He said she got “a bit more feisty [and] demanding,” before concluding, “I could see that she wanted to wear the pants in this relationship. That was pretty obvious.”

That bodyguard also denied a story about him having arrived to Depp’s home in Australia to find the actor trying to urinate in the foyer. “I think I would remember Mr. Depp’s penis,” he said assuredly to laughter from the courtroom.

Another of Depp’s bodyguards said Heard talked to him about the famous feces incident in April 2016. He testified she told him it was a “horrible practical joke gone wrong.” More recently, Heard said the foul “joke” was played on Depp by her dogs.