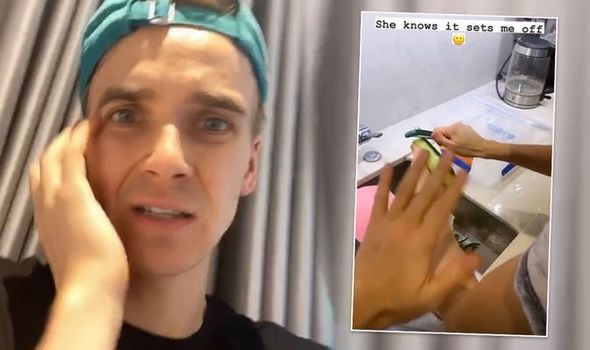 Joe Sugg and his girlfriend Dianne Buswell are a dab hand at keeping their followers entertained online.

The former Strictly Come Dancing contestant, who is now dating his dance partner, found fame as a YouTube star so is no stranger to documenting his life on social media during lockdown.

During an update with his 5.5 million Instagram followers yesterday, Joe revealed Dianne had done something which sent him into panic mode.

The 30-year-old Australian dancer could be seen peeling a cucumber over the sink.

In the short clip, Joe could be heard saying: “No, no, no, careful,” as he placed a protective hand on her shoulder.

Spinning the camera around to show his reaction and nervous face, he added: “I don’t like it.” 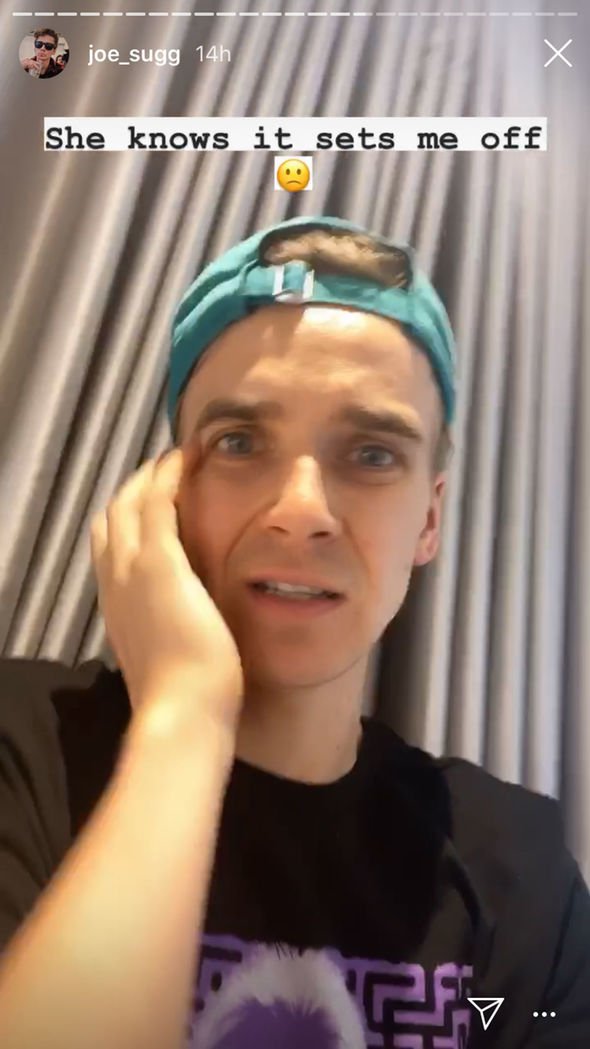 Alongside the video, Joe wrote: “She knows it sets me off [sad face emoji].”

It was not at all surprising to see the social media star was distressed at the sight of the peeler.

Earlier in the year the theatre star had a bloody accident with the kitchen apparatus.

Back in April, the incident was caught on camera when Joe appeared on The Great British Bake Off’s Stand Up To Cancer celebrity special. 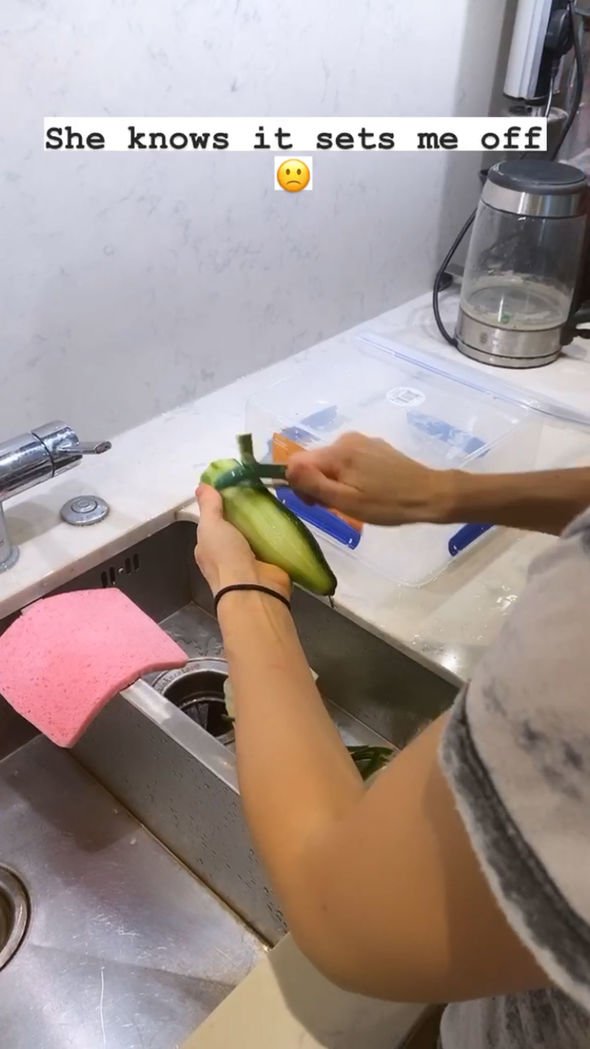 In an episode that was recorded before lockdown and social distancing rules, Joe headed to the famous tent to cook and raise awareness for charity.

During his very first bake, he fainted and fell to the floor after cutting his finger.

Speaking about the incident shortly after, Joe joked that he would forever be known as: “Joe Sugg, the kid who crumpled to the floor on Bake Off,” despite going on to win the contest.

He said the “razor sharp” peeler slipped when he was preparing a cooking apple.