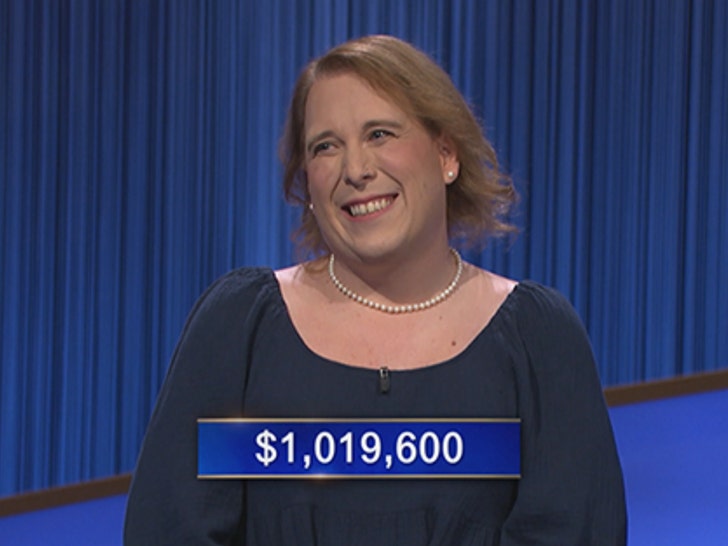 “Jeopardy!” champ Amy Schneider says she’s gonna take Fox Sports at its word, that they did not intentionally cut out her first pitch at a Giants game celebrating Pride Day at the stadium.

Amy tells TMZ … “They say the reason they misled their viewers was for cross-promotion, not anything to do with me, so I’ll take them at their word.” The director of the broadcast reached out to her personally to apologize and reiterate it had nothing to do with her identity. She believed him and accepted his apology.

ICYMI, Amy, the 1st openly transgender “Jeopardy!” champ, was invited to throw the ceremonial first pitch at the Dodgers/Giants game. Problem was … Amy’s pitch never made air. Instead, Fox Sports ran another first pitch from several days earlier … at the hands of Kurt Busch.

Fox Sports said the video of that pitch was part of a promotional package for an upcoming NASCAR race in Northern California. 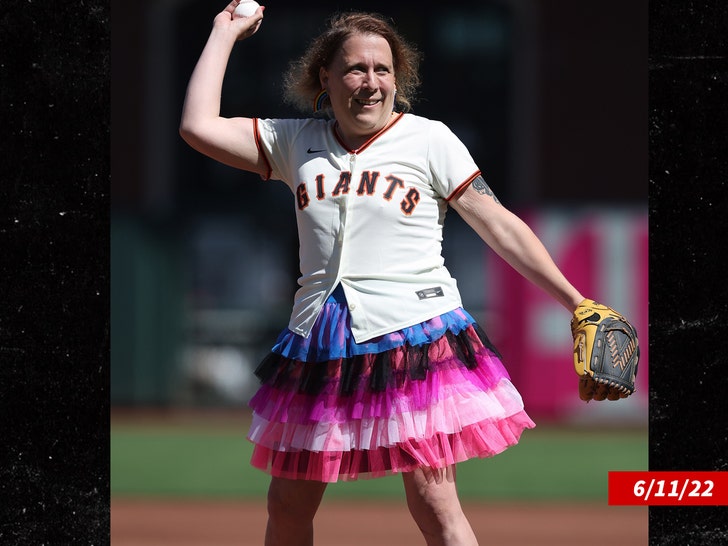 They made it clear … the intention was not to disrespect Amy, adding first pitches are rarely aired on the Network during games.

There are doubters on social media who aren’t buying the story, but Amy is taking the explanation at face value.

BTW … the pitch was better than lots of other celebs, bouncing just short and a bit outside of home plate.