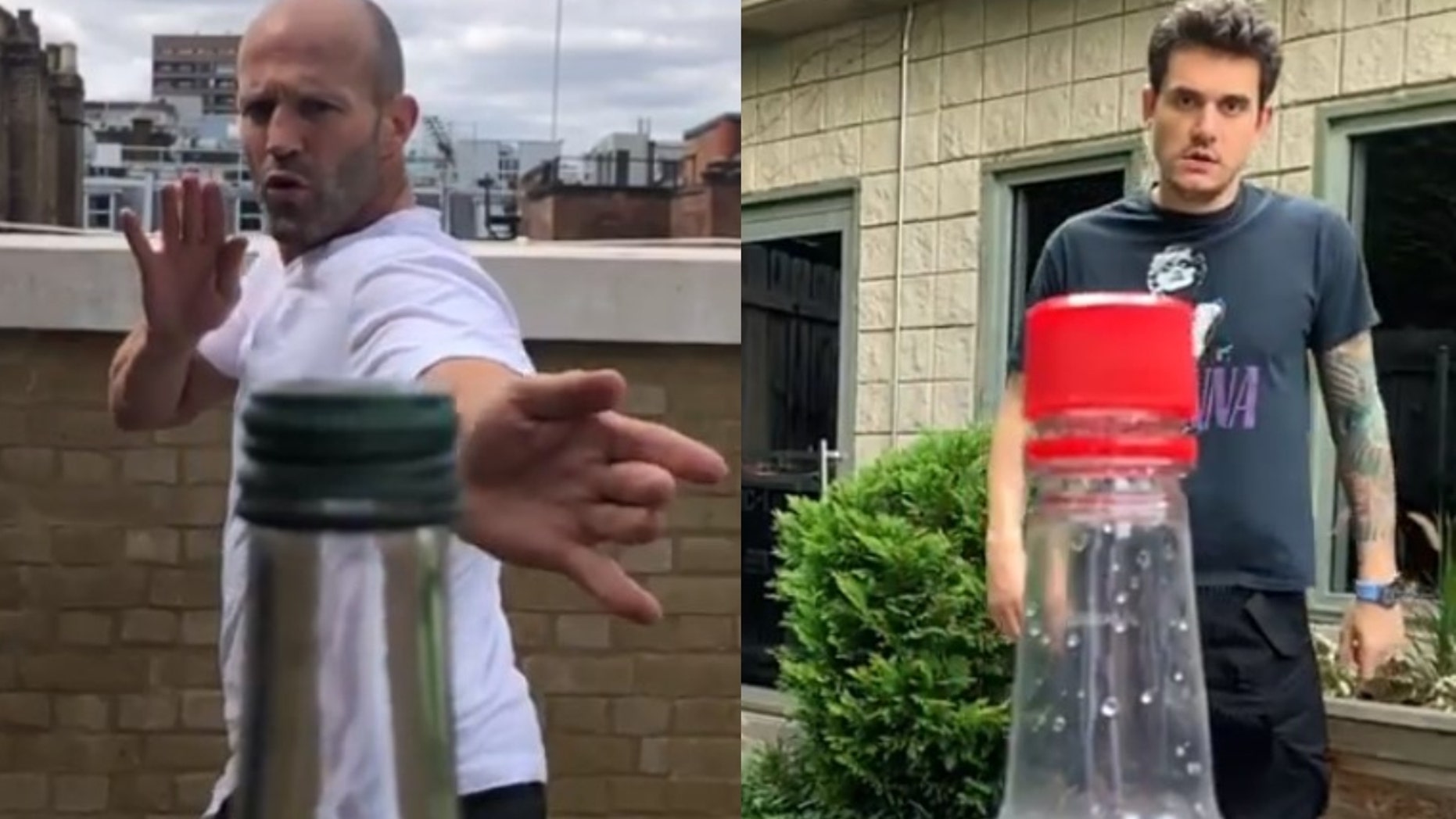 A new social media challenge is taking the internet by storm.

Thanks to now-viral videos posted by stars like actor Jason Statham and singer John Mayer, the #bottlecapchallenge is all the rave online.

The challenge calls for participants to place a bottle on a solid surface with the cap loosely twisted shut. Its objective is to untwist the cap with a back-spin kick without actually using your hands to touch the bottle.

Statham, 51, showed off his impressive moves in a slow-motion video posted to his Instagram account on Monday of himself successfully pulling it off after being challenged by Mayer. The “Hobbs & Shaw” star was met with much praise from fans and Hollywood peers alike for his ninja-like execution.

“And the winner is…” commented rapper and “Fast and Furious” star Ludacris.

Even Mayer conceded his defeat to Statham after witnessing his #bottlecapchallenge perfection. “You: tall Keanu. Me: short Keanu,” he commented.

The “Gravity” crooner had previously accepted the challenge from mixed martial artist Max Holloway and posted his own video to Instagram on Saturday.