Irina Shayk, 33, looked incredible as she graced the cover of Harper’s Bazaar for their summer issue – her first feature since reportedly splitting from Hollywood actor Bradley Cooper, 44 – where the Russian model insisted she’s “not against marriage”. The stunning model showcased her enviable physique wearing nothing but pink flared high-waisted trousers. The brunette beauty covered her cleavage with her hands as she gave a smouldering look to the camera. Stood against a mirror, Irina’s reflection can be seen as she posed for the photoshoot.

The model also opened up about her personal life following reports she had split with Bradley after four years together.

She told the publication: “Do I believe in marriage? Yes, of course. I’m not the kind of person who is against it.”

Irina also addressed the public’s obsession with knowing about her relationship status.

She said: “I think it’s just human beings: if you cannot have it, you want to have it.

“There’s a curtain there, you want to open the curtain. It’s curiosity I guess.”

Her fashion spread comes after the couple reportedly decided to call it quits. 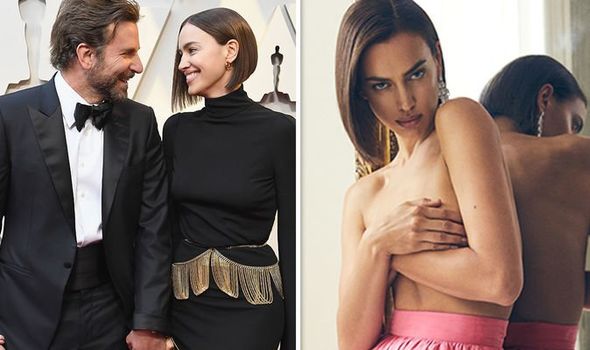 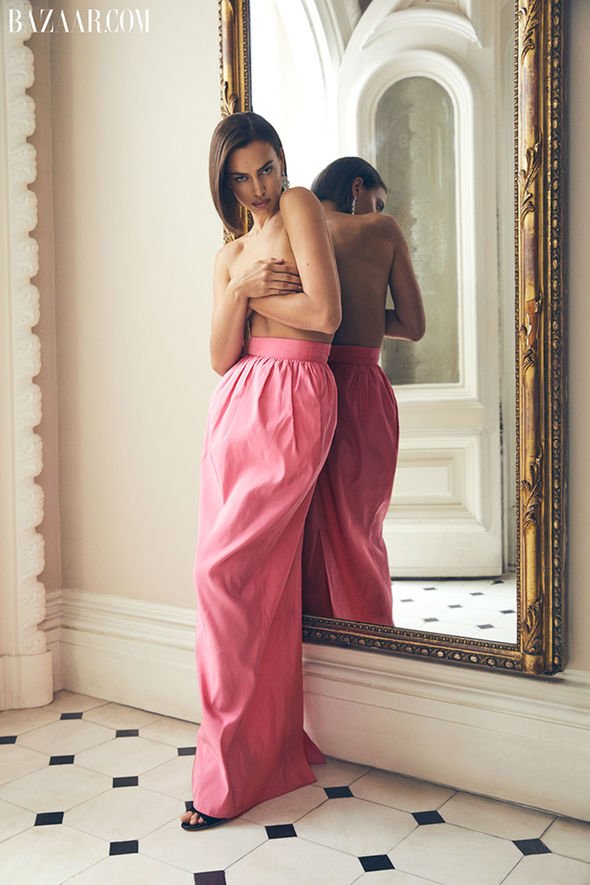 According to People.com, the couple officially decided to end their relationship last month and are amicably working out how to share custody of their two-year-ld daughter Lea.

Elsewhere, Irina recently took to Instagram to share a gorgeous snap of herself as she posed in a swimsuit.

In honour of the 4th of July celebrations, the beauty stood on some logs against a stunning backdrop of a blue lake and trees.

Sporting tiny shorts and a crop top, Irina flung her brunette tresses back as she threw her arms in the air. 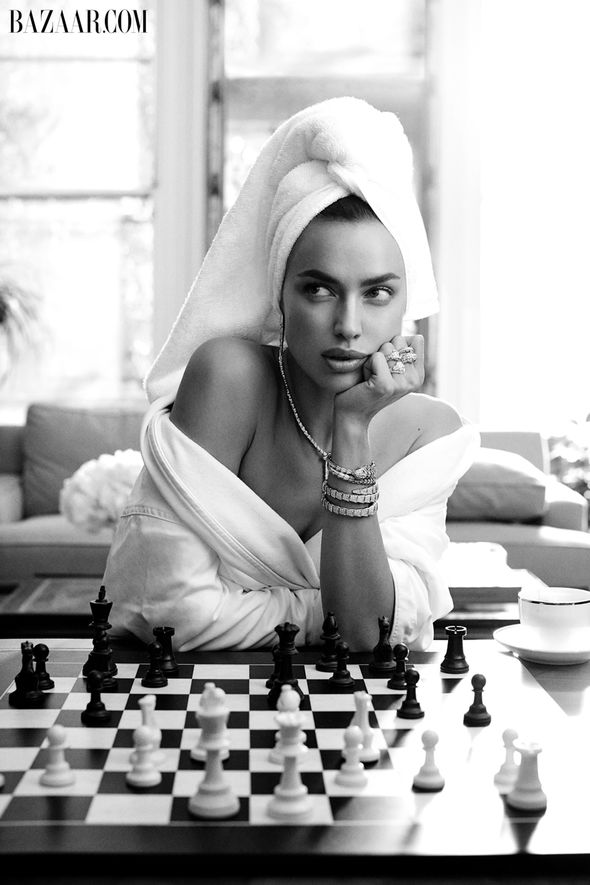 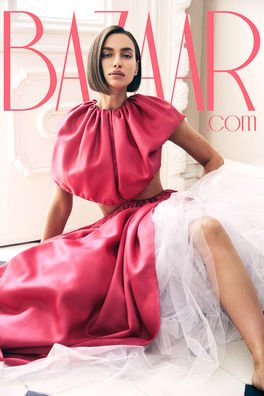 She captioned the snap: “Happy 4”.

Fans flock to comment on the post, as one person gushed: “The most beautiful woman in the world.”

The Victoria’s Secret model and Hollywood actor met four years ago and were first spotted together in the spring of 2015 at a Broadway performance of Finding Neverland.