Irina Shayk was spotted walking with her adorable look-alike daughter Lea in Manhattan while wearing a casual black outfit and face mask.

Irina Shayk, 35, and her daughter Lea, 4, were photographed taking a stroll in New York City on Oct. 11. The doting mom and her look-alike tot stayed close and held hands as they walked in casual yet stylish outfits. Irina’s consisted of a black button-down long-sleeved shirt and matching pants with black sneakers while Lea wore a white dress under a black sweater, black tights, and black shoes. 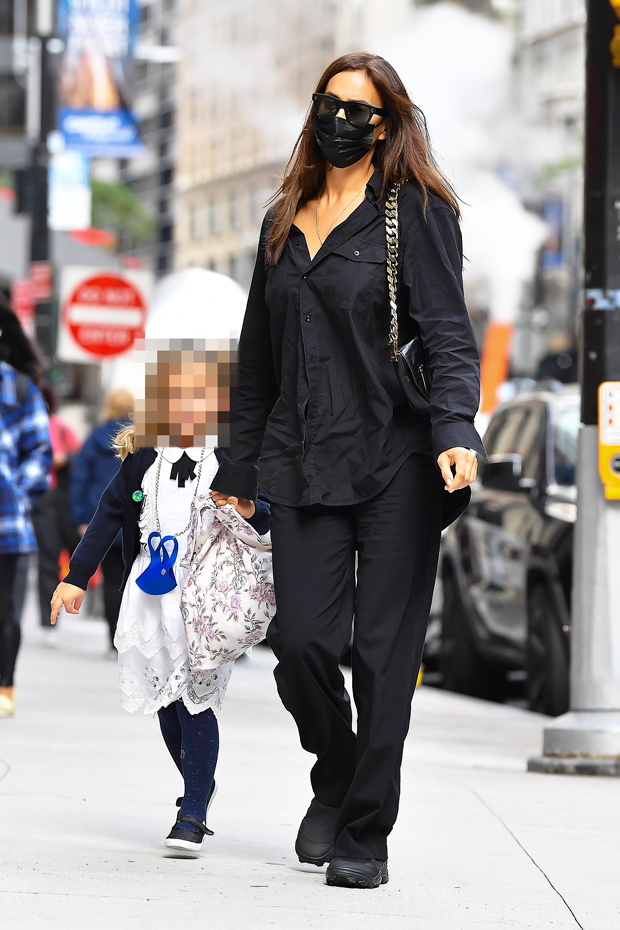 The model also added a black face mask to her look and sunglasses as her long locks were down and she had a black purse over one shoulder. Lea, whom Irina shares with ex Bradley Cooper, 46, added a black headband to her outfit and also had her long locks down, looking as cute as could be.

This isn’t the first time we’ve seen Irina and Lea out and about. The mother and daughter are often spotted walking all over the Big Apple and their close bond is apparent. Last week, they were seen making their way around the city while Irina wore a black Burberry The Westminster trench trench coat and pants and Lea wore a cream tulle dress.

35 Cute Photos Of Celeb Moms Out With Their Kids: Gwen Stefani & More 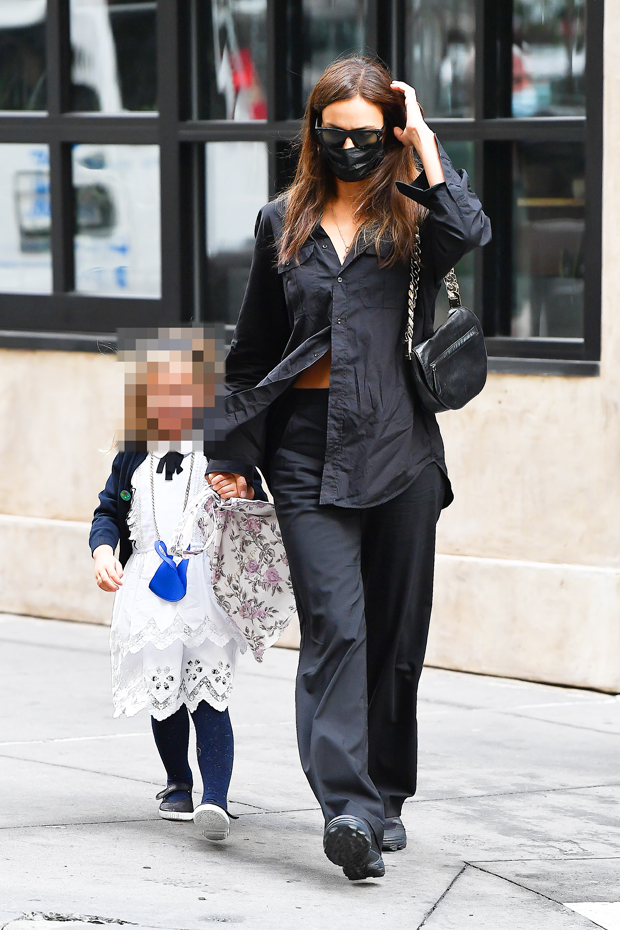 In addition to Irina, Bradley is also often spotted on outings with his little girl. The actor sometimes picks her up from school and/or dance class and back in May, he was seen also holding her hand as they walked around NYC streets. He looked handsome in a gray T-shirt and jeans as little Lea showed off a red dress with a floral pattern and fashionable matching boots.

After having Lea, Irina and Bradley split in June 2019 but started co-parenting right away. They are still all sometimes seen together during special outings like taking the sweet gal to a toy store or other fun place. Although they seem to be making it work, Irina previously spoke out about not understanding the term “co-parenting.”

“I never understood the term co-parenting,” she told Elle. “When I’m with my daughter, I’m 100 percent a mother, and when she’s with her dad, he’s 100 percent her dad. Co-parenting is parenting.”