Home » Celebrities » ‘I Love Lucy’: Desi Arnaz Told Lucille Ball to Have a Pitcher of Water Waiting for Him Next to the Bed

Lucille Ball and Desi Arnaz were the stars of I Love Lucy from 1951 to 1957. In addition to being a married couple on TV, they were married in real life. Arnaz spoke about their passionate marriage and some of the situations they went through together. Here’s what he said about his request for a pitcher of water.

Although Ball and Arnaz’s marriage lasted 20 years, some people expected it to end sooner than it did. In Arnaz’s book, titled A Book, he said some people predicted he and Ball would only last two weeks. He even said he didn’t understand how they got together considering their heated arguments and different backgrounds. However, the couple stayed together from 1940 to 1960. 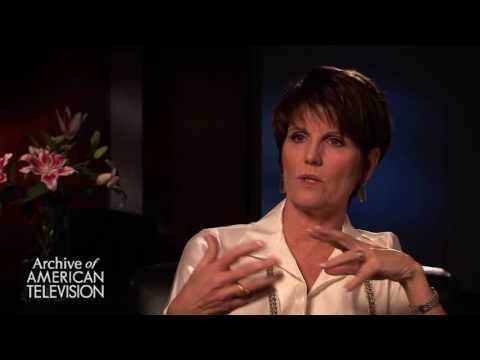 In her book, Love, Lucy, Ball wrote about the time Arnaz woke her up for a glass of water. As you might expect, Ball wasn’t happy about being disturbed. Arnaz told the story from his point of view later in his autobiography. Arnaz said he and Ball had been up late the night before. They drank a lot during their wedding celebration. Arnaz said he woke up and realized he was thirsty, so he woke Ball up and asked her for water.

“I spanked her on the fanny and said, ‘Get me some water, will you? I’m thirsty,’” wrote Arnaz. According to him, Ball was half asleep, but she went to the kitchen and got him a glass of ice water. However, she woke up suddenly a few hours later. Once she realized Arnaz woke her up for water, she became angry.

Arnaz said she woke him up and told him that if he ever wanted water while she was asleep that he should get it himself. Arnaz apologized and asked her to place a pitcher of water at his bedside. He said he gets thirsty at night, so he needs water. Ball told him not to wake her up like that again. Arnaz said they made good use of that incident and decided to make it part of an I Love Lucy episode.

In her book Love, Lucy, Ball said she realized she and Arnaz were never fond of each other. Although they were physically attracted to each other, they didn’t like each other as individuals. “I realized we never really liked each other,” wrote Ball. “We had a great attraction going for each other in the beginning, but we didn’t approve of each other.”

There were differences when it came to how they preferred to live their lives, according to Ball. She said she tended to be conservative while Arnaz leaned toward indulgence. “He disapproved of my moderation and my conservatism,” wrote Ball. “I was square, he said. I disapproved of the way he worked too hard, played too hard, and was never moderate in anything. It was like living on top of a volcano; you never knew when it would erupt or why.”

RELATED: ‘I Love Lucy’: Lucille Ball on the Heartbreaking Last Days of Her Marriage to Desi Arnaz