Netflix’s fourth season of The Crown has certainly gotten people talking about the royal family again – albeit in a less than positive way.

There are those who have accused Josh O’Connor’s Prince Charles of bullying and gaslighting Emma Corrin’s fragile Princess Diana. Others have turned on Emerald Fennell’s Camilla Parker Bowles, berating her for ruining the aforementioned couple’s marriage. And Olivia Colman’s Queen Elizabeth II, too, has not gone unscathed, with many insisting that her cold hands-off approach to parenting is to blame for… well, for pretty much everything.

Of course, it’s all too easy to forget that the TV show, despite being closely based on real historical events, is a work of drama and storytelling. As such, it is not a documentary, but a fictionalised account – and its presentation of certain royal family members should be taken with a hefty pinch of salt.

But, while Peter Morgan’s Emmy award-winning series usually goes to great lengths to present members of the royal family as flawed and complex human beings, there is one character in The Crown season four that is 100% set up for an almighty fall from grace.

And we’re talking, of course, about Tom Byrne’s Prince Andrew.

Seen briefly during episode four, dubbed ‘Favourites’, The Crown writers explore the Queen’s relationships with her four children. And, just as royal historian Piers Brendon famously declared during the Channel 5 documentary, Paxman On The Queen’s Children, they conclude that Andrew is the Queen’s favourite.

Why? Well, because she sees Andrew as her chance to make up for her failings with Charles, apparently. Because he’s a man of action, arriving at their private luncheon in full uniform and via a massive helicopter. Because she takes him at his word when he declares his wish to fight in the Falklands, believing him to be her boldest, bravest child. And, of course, because they’re both fond of poached salmon and nerdy jokes about their family’s history. 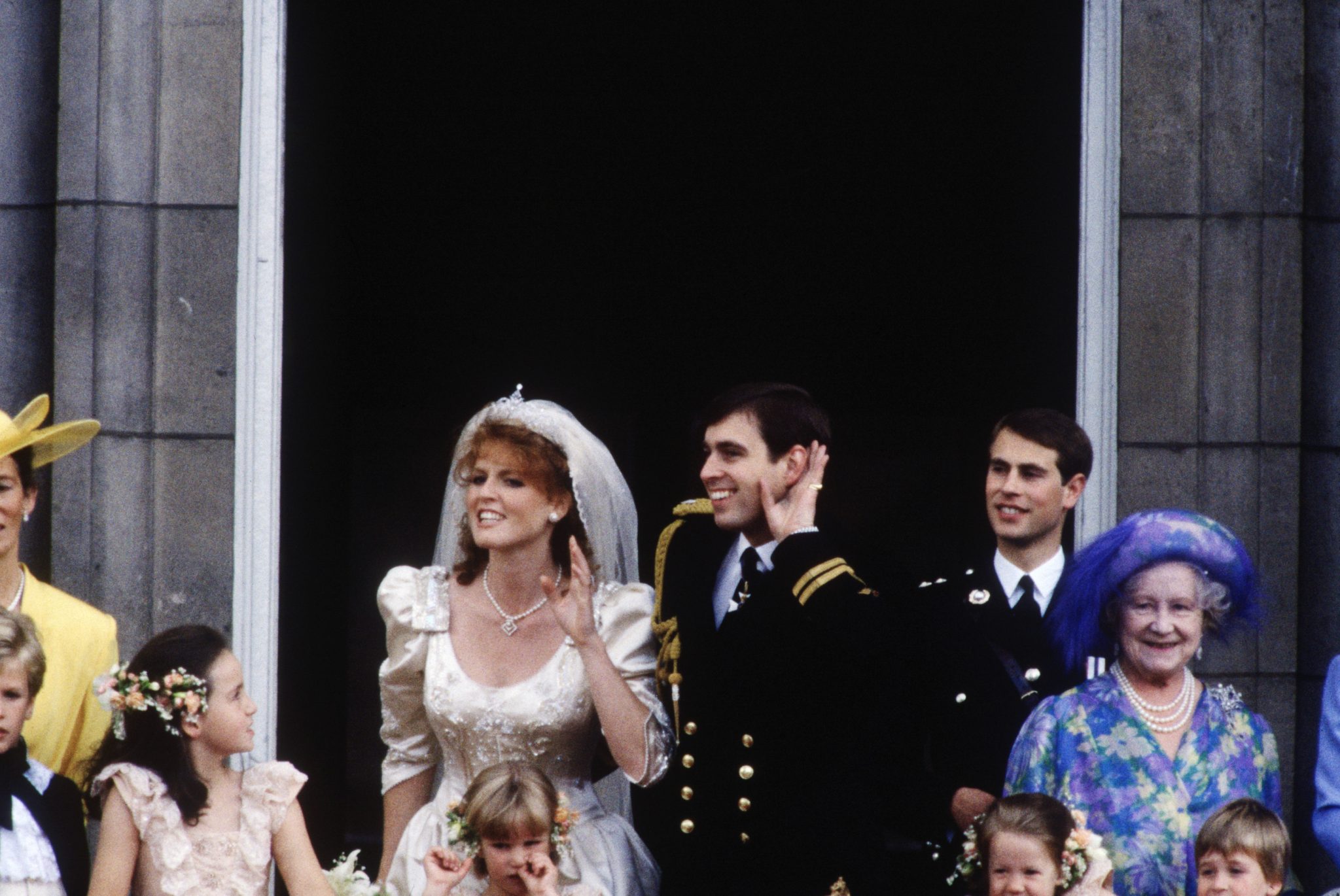 Well, and yet the Queen comes away from her lunch with Andrew feeling oddly disquieted. And that’s largely due to The Crown’s portrayal of the teenage prince.

During his brief stint onscreen, Andrew obsesses over becoming the Duke of York, as well as what this means for his proximity to the throne (he even cracks a few legitimately funny jokes about his title’s predecessors happily murdering their brothers and nephews to become king).

The Crown’s writers, though, focus largely on ensuring the Queen and Andrew’s conversation includes a sledgehammer-subtle nod to contemporary headlines about the disgraced royal.

The most shocking part of the Prince Andrew interview? His erasure of Jeffrey Epstein’s victims

Speaking excitedly about his new girlfriend, Andrew reveals to his mother that she’s an American actor who specialises in making “blue” films.

Her latest movie project, he explains, is “set in the 1920s, and follows an impressionable nubile 17-year-old girl [named Emily].”

“Seventeen?” interrupts the Queen, looking aghast. “I’m not sure I want to know more.”

Waving aside her concerns, Andrew continues: “Don’t be such a prude, mummy… anyway, there she meets several twisted and perverted older predators, who seduce the vulnerable and helpless young Emily.”

“Are you sure it’s even legal?” asks his mother, face creased with concern.

Historically, all of this matches up to a relationship Andrew enjoyed at this time with actress Koo Stark, who he met in 1981. Yes, Stark starred in an avant-garde 1976 film titled The Awakening Of Emily. And, yes, the seemingly throwaway conversation between mother and son about the movie, has been dreamed up by the writers.

But, as mentioned, many believe that this scene has not been included solely for the purpose of showing the Queen’s easy, chatty relationship with her son. Rather, they think its purpose is to foreshadow the real life Prince Andrew’s association with convicted sex offender Jeffrey Epstein.

As per his 2019 interview with BBC Newsnight, the prince said that he met the late Epstein in 1999, through Epstein’s former girlfriend, Ghislaine Maxwell.However, a 2011 letter to the Times of London from the prince’s then-private secretary, Alastair Watson, suggests the pair may have known each other from the early 1990s.

What we know for sure, though (thanks to a Channel 4 Dispatches programme) is this: over 12 years, from 1999, Epstein and Andrew met on at least 10 occasions, the prince staying for several days at a time at Epstein’s residences in New York, Palm Beach and the Virgin Islands.

Epstein even attended an 18th birthday party for Andrew’s daughter, Princess Beatrice, at Windsor Castle in 2006, two months after he had been issued an arrest warrant for sexual assault of a minor. The prince said he was unaware of the warrant and that Epstein attended as Maxwell’s guest. 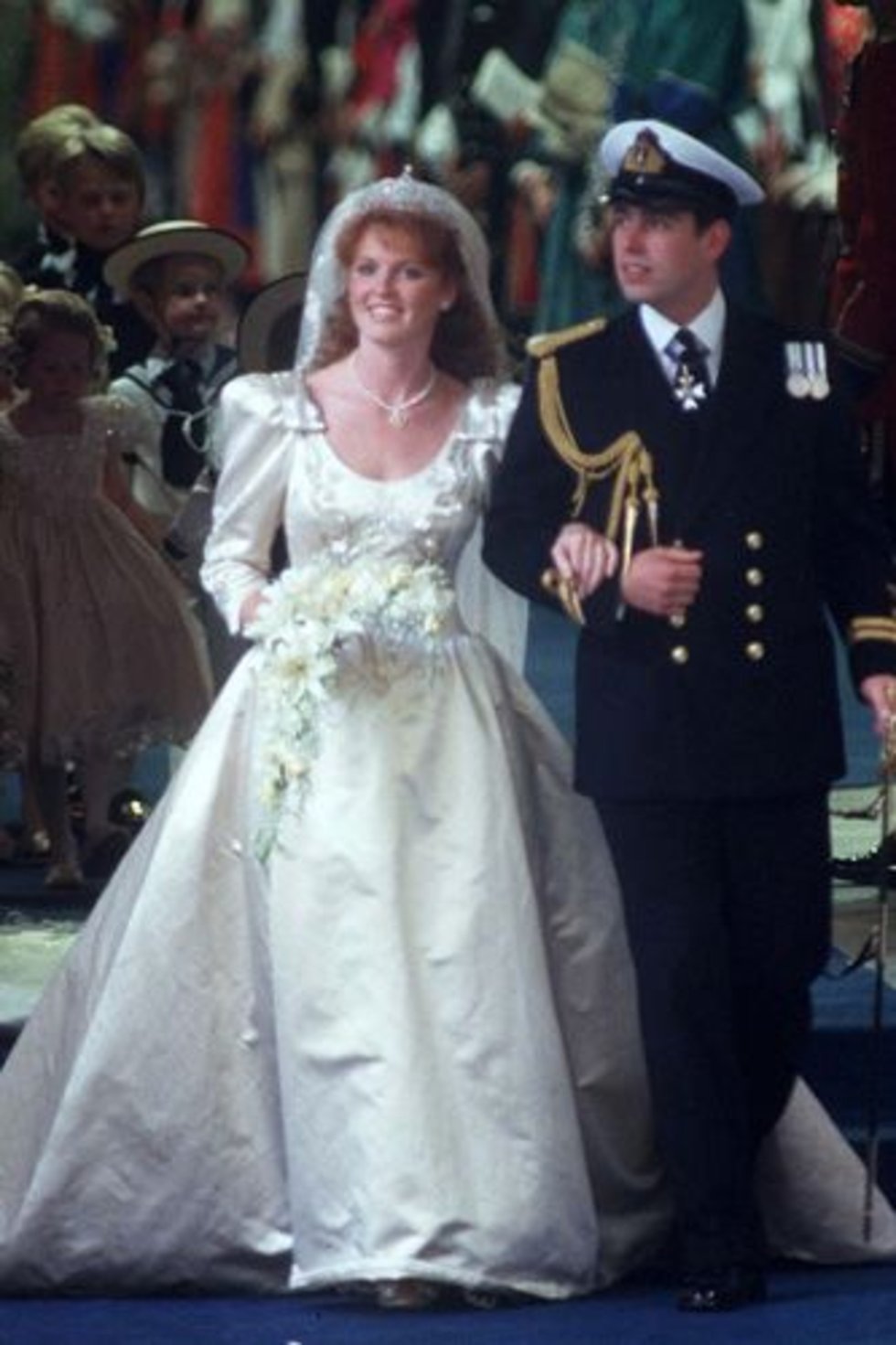 Of course, there is far more to this than merely Andrew’s “badly judged” friendship with the sex trafficker; Virginia Roberts Giuffre has also alleged that she was trafficked to Prince Andrew at least three times when she was underage (much like the aforementioned Emily, she was just 17) in 2001.

Indeed, it’s also been claimed that a photo of Andrew appearing to have his hand around Roberts Giuffre’s body was taken around the time of these alleged incidents. But, while the prince has admitted he is the person in the picture, he has emphatically denied claims of sexually assaulting Roberts Giuffre and stressed that he has no “recollection of meeting her.”

As of 2019, Prince Andrew has withdrawn from all royal duties IRL. And, while headlines remain dominated by Covid-19 and Christmas, Ghislaine Maxwell is currently on trial over claims (claims which she has denied) that she played a central role in procuring underage girls for Epstein to abuse.

This means that the true story about the extent of Andrew’s involvement with Epstein is still very much unfolding. Something which, again, the current season of The Crown has seemingly included a nod to.

“As for Andrew, I was shocked,” Colman’s version of the Queen tells her husband of her beloved son’s attitude towards women during that same ‘Favourites’ episode. 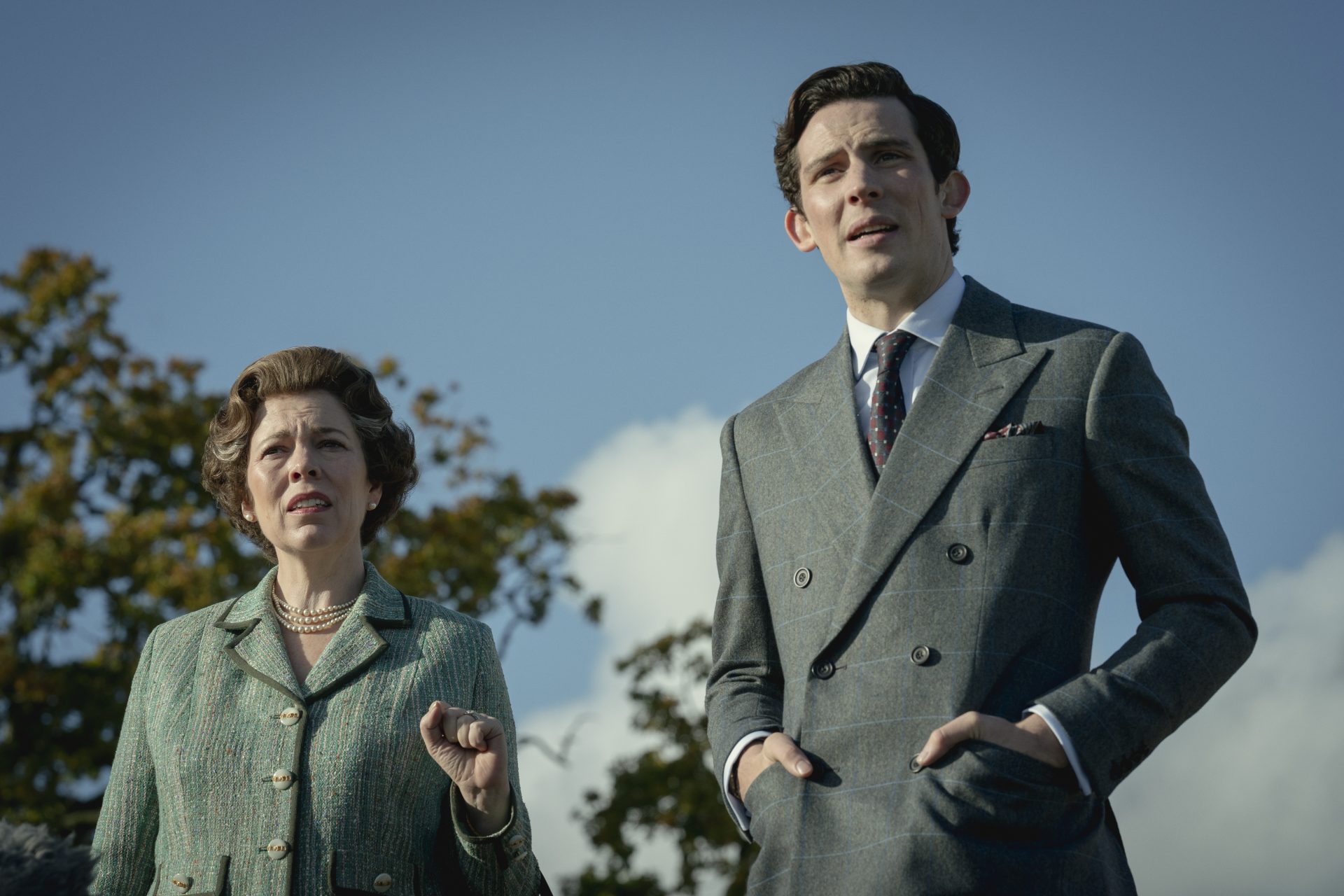 Her Royal Highness trails off, leaving the sentence unfinished. In just those few words, though, the meaning of both Colman’s character and the scriptwriters is made abundantly clear: the fictionalised Prince Andrew of The Crown’s fate remains undetermined.

But, while the show will end with its sixth season (taking us up to the end of the 2000s), the TV show’s timeline will run through the alleged events described by Roberts Giuffre in March 2001 and beyond.

One can assume, then, that this scripted conversation between the Queen and her so-called favourite son serves as something of a promise to its viewers that scriptwriters will be following the Maxwell trial with great interest, particularly with regards to the accusations made against Andrew.

And, depending on what is unearthed, that they will be adopting an unflinching approach to these real world events when it comes to dramatising them, too.