Lucy Alexander, 48, was interrupted while working on new shows for her BBC series The Customer Is Always Right. The Homes Under The Hammer star seemed less than impressed as she was forced to stand outside in the pouring rain and wait after being evacuated from the set due to a fire alarm going off.

Lucy documented her day on Instagram in view of her 41,000 followers and shared a selfie video while she was on her way to work yesterday.

She informed fans: “I’m in a taxi on my way to start the new show this morning. I’m in Scotland.

However, Lucy’s day descended into chaos as she filmed herself waiting outside of a building. 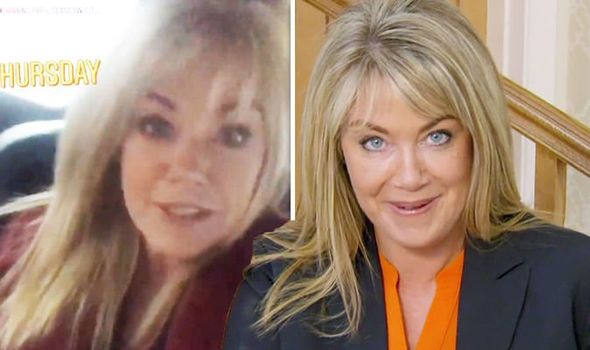 She explained: “Good morning, just about to start filming the first series of The Customer Is Always Right and it’s absolutely chucking it down.

“The alarm has gone off, the big fire alarm, so we can’t do any recording.”

The star then moved her camera to show the rest of the crew waiting around to see if they could return to the studio.

Fortunately, a team of firemen assessed the situation and discovered that the building was safe.