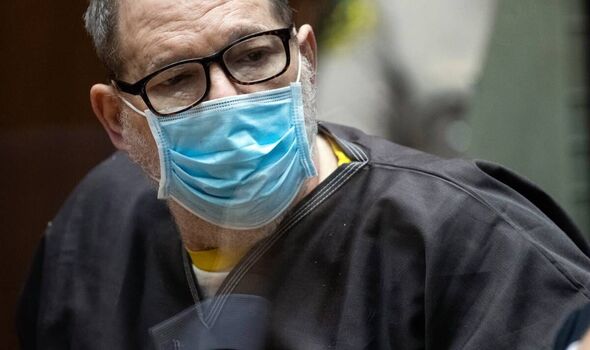 Weinstein is two years into a 23-year sentence for a different rape and sexual assault conviction in New York. He was found guilty of rape, forced oral copulation and another sexual misconduct count involving a woman known as Jane Doe One.

The jury reported it was unable to reach verdicts in her allegations and the allegations of another woman. A mistrial was declared on those counts.

He was also acquitted of a sexual battery allegation made by another woman. He faces up to 24 years in prison when he is sentenced. Prosecutors and defence attorneys had no immediate comment on the verdict.

Lacking any forensic evidence or eyewitness accounts of assaults Weinstein’s accusers said happened from 2005 to 2013, the case hinged heavily on the stories and credibility of the four women at the centre of the charges.

Her testimony of being raped by Weinstein in a hotel room in 2005 brought the trial its most dramatic moments.

Another was an Italian model and actor who said Weinstein appeared uninvited at her hotel room door during a 2013 film festival and raped her.

Lauren Young, the only accuser who testified at both Weinstein trials, said she was a model aspiring to be an actor and screenwriter who was meeting with Weinstein about a script in 2013 when he trapped her in a hotel bathroom, groped her and masturbated in front of her.

The jury was unable to reach a verdict on the charges involving Ms Young.

A massage therapist testified that Weinstein did the same to her after getting a massage in 2010.

Ms Martinez said in her closing that the women entered Weinstein’s hotel suites or let him into their rooms, with no idea of what awaited them.

“Who would suspect that such an entertainment industry titan would be a degenerate rapist?” she said.

Defence lawyers said two of the women were entirely lying about their encounters with Weinstein, and that the other two had “100 percent consensual” sexual interactions that they later reframed.

“Regret is not the same thing as rape,” Weinstein’s attorney Alan Jackson said in his closing argument.

He urged jurors to look past the women’s emotional testimony and focus on the factual evidence.

All the women involved in the charges went by Jane Doe in court.

Prosecutors called 40 other witnesses in an attempt to give context and corroboration to those stories. Four were other women who were not part of the charges but testified that Weinstein raped or sexually assaulted them.

They were brought to the stand to establish a pattern of sexual predation.

Weinstein beat four other felony charges before the trial even ended when prosecutors said a woman he was charged with raping twice and sexually assaulting twice would not appear to testify. They declined to give a reason. Judge Lisa Lench dismissed those charges.

Weinstein’s New York conviction survived an initial appeal, but the case is set to be heard by the state’s highest court next year.

The California conviction, also likely to be appealed, means he will not walk free even if the East Coast conviction is thrown out.