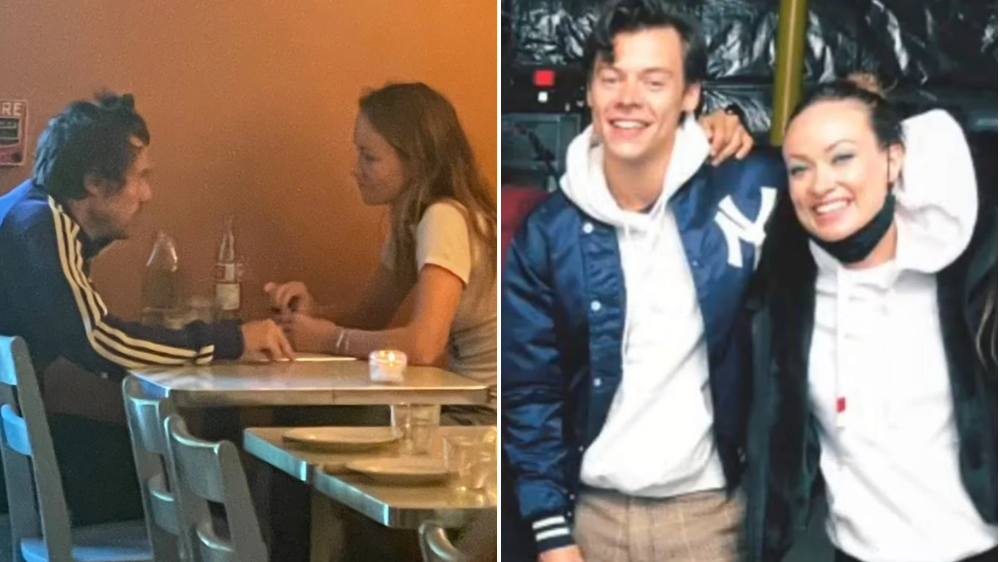 Break-up rumours have been swirling around Harry Styles and Olivia Wilde for a hot minute, but the famous couple have proved they’re still going strong.

The singer and actress met on set of their newly-released thriller movie Don’t Worry Darling, in which Harry plays Jack and Olivia directs, while also taking on the role of Bunny.

However, when the couple failed to interact much on the red carpet at the film’s premiere in Venice, fans and tabloids alike started speculating whether they had called it a day.

But, the Watermelon Sugar hitmaker and Booksmart director are clearly paying no mind to the gossip, enjoying a cosy dinner date in New York City recently.

A photo obtained by TMZ shows the loved-up stars dining out on Friday at Truck, a Mexican restaurant in the small town of Bedford.

Keeping things casual, Harry wore an Adidas tracksuit, plus some Adidas trainers, while Olivia also kept it plain in a white tee.

Harry and Olivia took their seats in a quiet corner and appeared engrossed in conversation, maintaining eye contact.

Folks who were there say the stars ate dinner alone as a couple, with the snap suggesting they washed their food down with a Coca-Cola.

Ever the supportive girlfriend, Olivia, 38, has been cheering Harry, 28, on from the crowd during his Love On Tour shows over recent months, including at his 15-date residency at Madison Square Garden.

Olivia has been front and centre, dancing and singing along to the Grammy winner’s tracks during his sold out shows, and became visibly tearful when he was honoured with a banner at MSG to commemorate his achievement.

The pair seem to be living in their own bubble and letting all the drama surrounding their movie wash over them, after reports of on-set arguments between Olivia and lead Florence Pugh overshadowed Don’t Worry Darling’s release.

Olivia, Harry, and co-star Chris Pine have also been forced to deny rumours that the As It Was hitmaker spat, yes spat, on Chris during a screening.

Addressing the ‘weird’ commentary in conversation with Stephen Colbert on The Late Show, the mum-of-two was asked: ‘Did Harry Styles spit on Chris Pine? Why or why not? Support your answer.’

Olivia stated in response: ‘He did not, but I think it’s a perfect example of people will look for drama anywhere they can.

‘Harry did not spit on Chris, in fact.’

When Colbert joked: ‘Only time will tell,’ Olivia insisted: ‘No, he really didn’t!’