Home » Celebrities » Gwen Stefani Hilariously Responds To Fan Who Called Her TikTok Skills A ‘Fail’: It’s ‘Not For Me’

TikTok is harder than it looks. Gwen Stefani found out for herself, and after a less-than-stellar attempt got some shade from a fan, she responded with a little sass of her own.

Gwen Stefani may be an international music superstar, a successful fashion designer, and a celebrated style icon, but she has yet to add “TikTok titan” to her resume. After the 51-year-old vocalist shared a mangled video of her lip-syncing to her own song (“Bubble Pop Electric,” her collab with André 3000), a fan responded, “I love watching celebrities totally fail tiktok. Love Gwen shes amazing buuuuut.” Gwen, not one to take this sass lying down, reposted the comment to her Instagram Story and shot back. ”Thank u for calling me out you’re right!!! TickTock is not for me but help yourself to my music and enjoy!! wait… am i a celebrity??”

The TikTok in question starts off good, with Gwen nailing her first line on the track. But, when Gwen’s starts her second line (“Uh, Johnny?”), that’s when the video goes off the rails and the filter makes it a mangled mess. A for effort, though, and if Gwen isn’t keen on “TickTock,” there’s always Triller. Actually, Gwen has more pressing matters to attend to: her upcoming wedding with Blake Shelton.

Blake, 44, popped the question in October 2020, after five years of dating. In terms of Hollywood romance, with surprise engagements coming after just months of dating, five years might as well be 100, and Gwen dished on this during the Jan. 14 episode of the Today show. “I think in a romantic way when you fall in love so hard and so unexpectedly and so late in your life, you think, ‘I wanna marry you, like now!’ That’s the first romantic reaction. ‘Let’s go get married,’ you know?” she said. 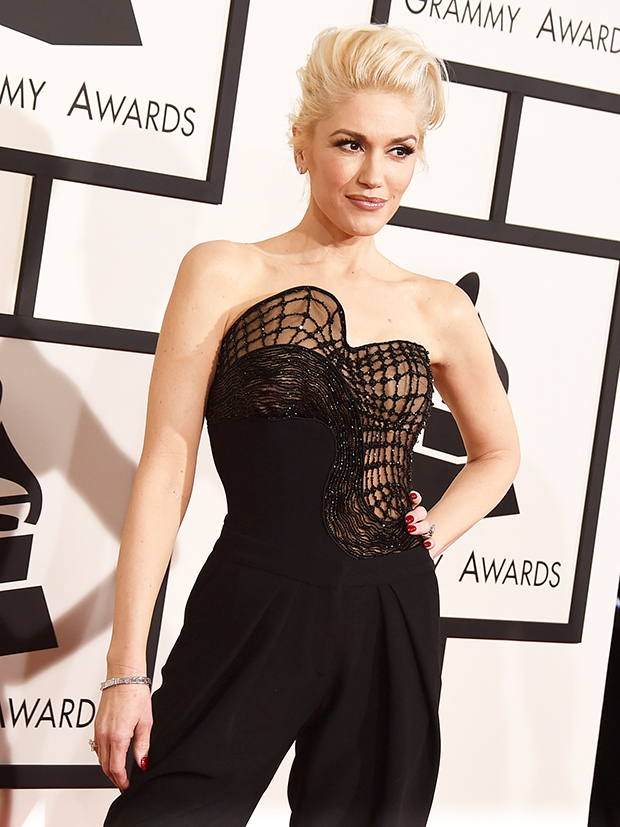 However, Gwen said that both she and Blake had some “healing to do.” They both were coming off of a painful divorce – she from Gavin Rossdale, he from Miranda Lambert – and they also had to consider the whiplash effect it would have on her kids, Kingston, 14, Zuma, 12, and Apollo, 6. Instead of rushing to the altar, the couple took their time, gave themselves room to recover from their respective heartbreaks, and now, they’re going to get hitched!

When Gwen and Blake say “I do,” they have someone ready to celebrate their nuptials in song: Miley Cyrus. The “Midnight Sky” singer offered to do her best Adam Sandler impression and be Gwen and Blake’s wedding singer “I promise to be on my best behavior. Or worst. Whatever you want!” she tweeted at the end of January. Gwen responded “Thanks, puppy,” so is that a yes? At least, could Miley help Gwen out on TikTok?