Miller, who said “Hitler was right on one thing” this week, said Friday that people are trying to “twist” her words 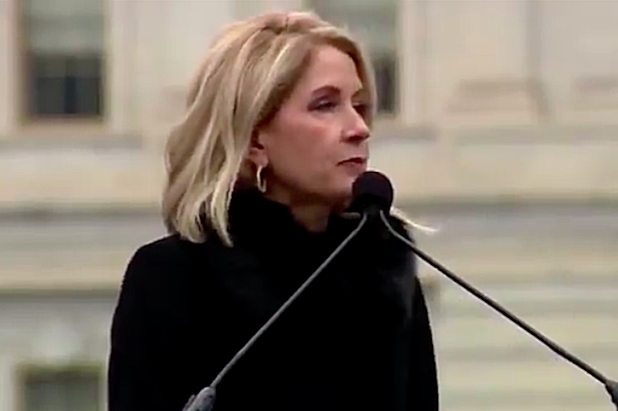 Freshman Rep. Mary Miller apologized Friday for quoting Adolf Hitler earlier in the week, but said critics were trying to “twist” her words. Speaking before members of Moms for America on the Capitol grounds Tuesday, the Illinois lawmaker said, “Hitler was right on one thing. He said, ‘Whoever has the youth has the future.’”

Her apology came after days of denunciation by Republican and Democratic lawmakers, as well as numerous Jewish advocacy organizations.

“Earlier this week, I spoke to a group of mothers about the importance of faith and guarding our youth from destructive influences. I sincerely apologize for any harm my words caused and regret using a reference to one of the most evil dictators in history to illustrate the dangers that outside influences can have on our youth. This dark history should never be repeated and parents should be proactive to instill what is good, true, right, and noble into their children’s hearts and minds.,” said the newly elected Republican in a statement posted to social media.

She went on, “While some are trying to intentionally twist my words to mean something antithetical to my beliefs, let me be clear: I’m passionately pro-Israel and I will always be a strong advocate and ally of the Jewish community. I’ve been in discussion with Jewish leaders across the country and am grateful to them for their kindness and forthrightness.”

Miller apologized after being castigated by several fellow politicians, many of whom called for her resignation. Illinois governor JB Pritzker, a Democrat, urged Republicans of their state not to “allow this to stand.”