Home » Celebrities » Giada De Laurentiis says self-care is an essential part of her life: ‘You need to take care of yourself’ 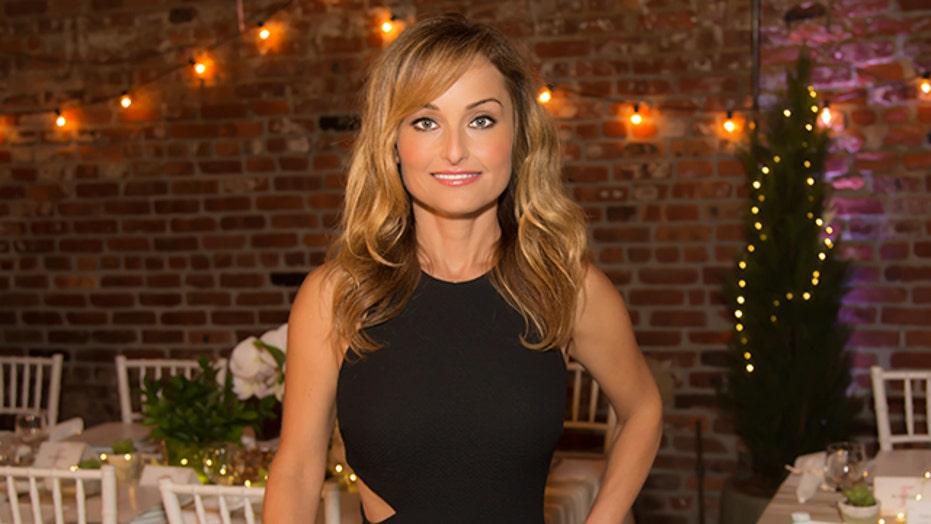 Being a sought-after celebrity chef hasn’t stopped Giada De Laurentiis from having a healthy lifestyle.

The Food Network star recently spoke to a group of millennial women at the Self-Care Summit in Los Angeles where she revealed the importance of looking after yourself, physically and mentally.

According to De Laurentiis, it’s a lesson that has been passed down in her family for generations.

The restauranteur shared that as a young woman, her self-care consisted of exfoliating her face regularly to keep her features clean and luminous. However, that routine evolved with time.

“Over the years, it’s gotten longer and longer and longer, because as you get older, it gets more complicated!” said De Laurentiis. “It’s become more intense over the years. With all the travel, all the makeup, the stress, I’ve had to take care of myself more rigorously.”

According to the outlet, De Laurentiis’ routine now includes meditation, “even if it’s just for two minutes,” as well as yoga, acupuncture and supplements, all of which she credited to de-stressing.

Today, De Laurentiis is determined to keep the family tradition going and pass on the same notion to her 11-year-old daughter Jade, whom she shares with ex-husband Todd Thompson.

“I’m constantly on her about taking care of herself,” said De Laurentiis about her daughter. “Washing her face every day, flossing as well as brushing.”

She also added the pair rely on deep breathing exercises to manage stress.

“Her dad and I got divorced when she was 5, and although she doesn’t remember a lot, and she does pretty well, there’s still a lot of stress that builds up over time,” De Laurentiis admitted.

And De Laurentiis is determined to share her words of wisdom with the masses. Her next book, slated for 2021, will focus on self-care methods. In addition, her website Giadzy will also focus on lifestyle and wellness.

De Laurentiis is just as devoted to eating healthy. Back in 2013, De Laurentiis told Fox News that she refuses to give up on her love of pasta to stay fit.

“Eating out and traveling is always difficult for me,” she explained at the time. “But I think the secret, for me anyway, is portion sizes. You can’t eat a lot of everything. The idea is to eat an appetizer portion. At restaurants, I’ll oftentimes order two appetizer dishes, but if I can’t find anything I like in the appetizer menu, I’ll order the main course, ask them to pack half of it, and then take that half to go.”

“So I’m really only eating half of the main course,” she continued. “When I’m home, I can eat the way I want to because I’m cooking my own foods and know which ingredients are going into them. Also, snacks are important. In my bag, I always have almonds. Sometimes, I’ll even make popcorn and season it the way I want. The idea is to carry a snack that’s filling and portable. Fruit is great, but it can also get bruised easily in your bag or go bad. Nuts and popcorn are much easier to carry around.”

“There are certain dishes that can be made healthier and then there are those you just can’t,” she said. “Let’s take chicken fingers. With baking, you’ll still get that same texture (as frying) with high heat, about 400-425 degrees. I also do mac and cheese with brown pasta instead of white and go light on the cheese.

“Using a lot of fresh herbs in your food also adds a lot of flavor without extra fat. I love lemon zest because it brightens up your dishes and adds enough flavor that you don’t need salt. I also try not to fry by instead of grilling or baking in the oven. I make my eggplant parm by grilling it in a grill pan instead of frying. It takes away a bunch of calories without compromising the flavor.”