Game of Thrones stars Kit Harington and Rose Leslie’s relationship continues to be the object of fan obsession more than one year after the popular HBO fantasy series came to an end. Nearly every image of the picture-perfect couple delights fans – from the GOT set to the red carpet. But, cameras recently caught Harington looking extremely uncomfortable during a walk with Leslie. 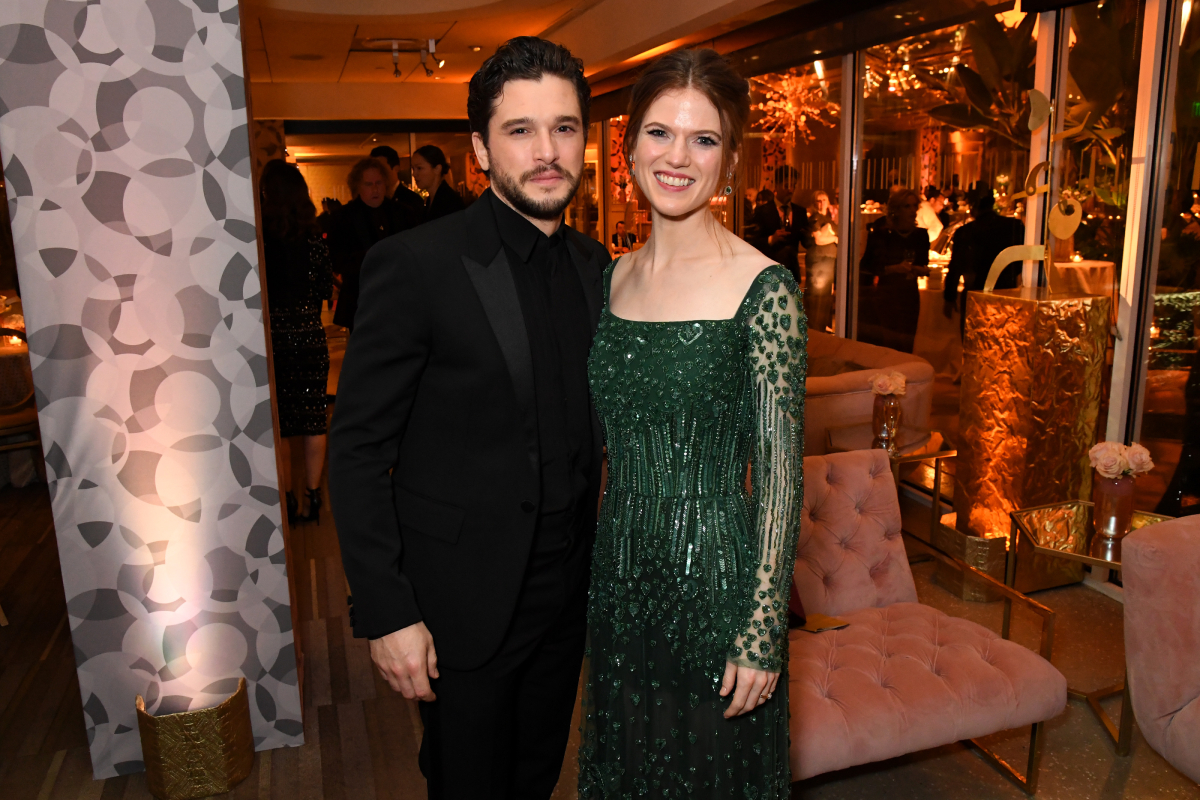 A dramatic love story worthy of ‘Game of Thrones’

Harington and Leslie’s love story is just as dramatic as any Game of Thrones storyline. According to Cosmopolitan, they were friends before they both landed roles in the series. But it is when they started to spend time together on set in Iceland during season 2 back in 2012 that they fell in love.

He later described those weeks in Iceland with Leslie during the second season of GOT as his favorite part of the entire series.

“Because the country is beautiful, because the Northern Lights are magical, and because it was there that I fell in love. If you’re already attracted to someone and then they play your love interest in the show, it becomes very easy to fall in love,” said Harington.

It wasn’t smooth sailing, though, as the couple split a year later. But, by 2015 they were an item again, and in April 2016 they made their red carpet debut at the Olivier Awards in London. In September 2017 they confirmed their engagement, and Harington and Leslie became husband and wife on June 23, 2018.

A break-up and reconciliation might not seem like much drama. But it actually escalated after the couple got married at the Kirkton of Rayne church in Scotland in June 2018. Just five months later, a Russian model named Olga Vlaslova claimed that she slept with Harington both before and after the wedding.

Vlaslova claimed to have nude pictures of Harington as evidence of the affair, but the actor’s rep said the allegations were “completely false.”

“Kit has never even been to Luxembourg nor has he ever met Olga Vlaslova,” said the rep.

After the Game of Thrones series finale aired in the spring of 2019, Harington checked into a “wellness facility.” His rep said that he was in the Connecticut facility to work on “personal issues.” Though some reports claimed those issues were “stress and alcohol use.”

By the fall of 2019, divorce rumors started to swirl when he walked the red carpet alone at the Emmys. Once again Harington’s rep denied the rumors, saying that the couple was “very much happily married.”

Kit Harington potted with his hand in his pants

Harington and Leslie have kept an incredibly low profile since the COVID-19 pandemic began. The last time cameras captured the couple together was at the Golden Globes in January, but that all changed recently.

While Harington and Leslie were on a stroll with their dog, the star had an extremely awkward moment. The 33-year-old actor appeared to be having trouble with his pants.

The Daily Mail published numerous photos of Harington with his hand down his pants as he attempted to fix whatever issue was causing him so much trouble. The actor was wearing a fitted black tee tucked into slate gray pants and white sneakers.

After the uncomfortable moment Harington ran to catch back up with Leslie. He then took over the dog leash for their whippet, and the couple grabbed a snack from a nearby shop.

Harington and Leslie celebrated their second wedding anniversary in June 2020.