In the popular sitcom, David, played by Hank Azaria, initially falls in love with Phoebe, portrayed by Lisa Kudrow. Eventually, Azaria’s character was written out of the show after moving to Minsk for a research trip.

Phoebe then became romantically linked to Mike, portrayed by “Ant-Man” star Paul Rudd. Eventually, David returned and tried to win Phoebe back — to no avail. 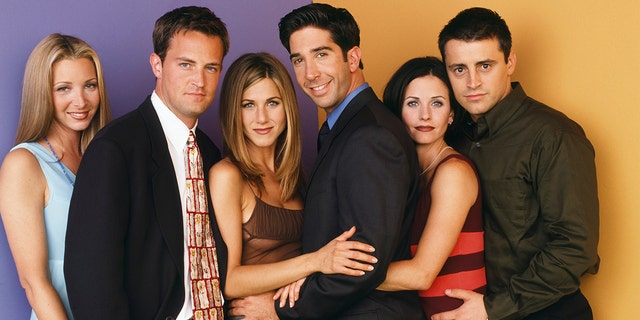 In an interview with Radio Times, Crane spoke on Phoebe’s fate and noted that “Friends” writers “went back and forth” with their decision on who Phoebe would ultimately end up with.

“There was definitely a possibility of [Phoebe ending up with David], I mean, we didn’t definitively know [who Phoebe would end up with],” he noted.

“I mean, both Paul and Hank are fantastic, and fantastic with her. We sort of went back and forth,” he continued.

“I don’t even remember all the pieces that led to where we landed, but yeah, it could have gone the other way. Phoebe would have been great with either one.”

Though Phoebe ultimately chose to marry Mike over David, fans clamored for Kudrow’s character to end up with Joey, portrayed by Matt LeBlanc. Crane addressed why the anticipated relationship never came to fruition in an interview with Metro.

“It all would have been too tidy and too complete… When your goal is to keep the six characters in stories together, it would be really easy to go down that road. But I think we all felt it would be a mistake,” Crane said.