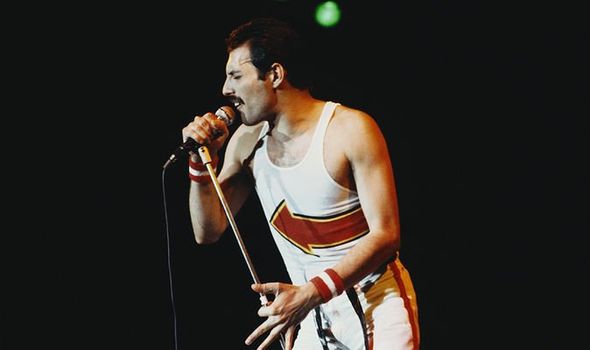 The Queen legend’s final days before his death 30 years ago aged 45 form the basis for a new BBC Two documentary. Recalling the difficult days leading up to November 24, 1991, his devoted personal assistant Peter Freestone, 66, says: “In the last two weeks of Freddie’s life…he had made the decision he would have no more drugs that were keeping him alive.

“The only thing he would take would be painkillers and for those last two weeks he slowly let go. Joe [Fanelli, the singer’s former boyfriend and loyal friend] called me at about 5.30am and Freddie had basically gone into a coma and we made Freddie comfortable. The doctor had literally just left the house.

“Then, as we were changing his T-shirt, we just looked and saw his chest had stopped moving.”

Freddie Mercury: The Final Act, tells how Queen played epic sellout shows at Wembley Stadium and Knebworth in 1986. But afterwards the charismatic frontman told his bandmates he didn’t want to tour anymore. His HIV diagnosis came in 1987.

And his friends realised he had serious health problems as they recorded The Miracle album, which came out in May 1989.

Brian May, 74, said their worst fears were confirmed that month: “The first time we really knew was when we got together in Montreux. And Freddie just sat down and said, ‘Okay, you guys probably know what is going on with me. I don’t want to talk about it. I don’t want to take any action apart from carrying on the way we are. I want to carry on making music for as long as I f***ing can. We will not dwell on it and we will go on’.We all went ‘okay’ and that was it.”

Brian’s actress wife Anita Dobson, 72, says the singer prepared to die after Queen’s These Are The Days Of Our Lives video was made in May 1991.

She reveals: “I remember he said, ‘When I can’t sing anymore darling, then I will die.’

“And when he finished and sang as much as he could sing, he withdrew and got ready to die.”

Freddie Mercury: The Final Act will be shown on BBC2 later this month and available on iPlayer