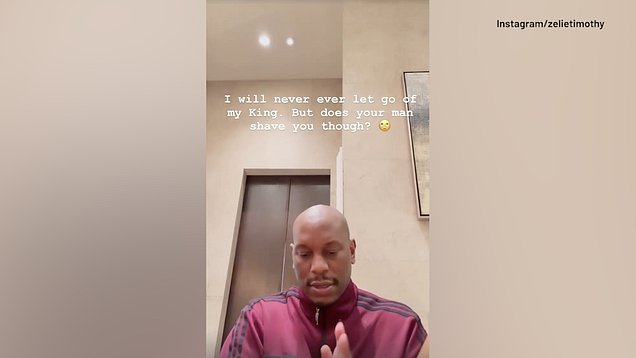 Tyrese Gibson has sparked a debate about just how attentive one should be towards their partner after being filmed shaving his girlfriend’s bikini line.

Now, he appears to be fully committed to the new woman in his life and has gone to great lengths to prove it.

Zelie is believed to have shared a video of the moment Tyrese, 42, got up close and personal. The model isn’t visible in the clip but her legs are shown in the air with Tyrese buried somewhere in between.

As the actor’s head bobs in and out of shot, his distinctive voice is heard explaining: ‘I’ll put some creamer on it first then mix it with some oil.’

He then emerges and tells Zelie: ‘Baby, focus,’ while lathering the cream on his hands and getting to work.

‘No, what’s beautiful is your man hands,’ Zelie is heard complimenting him. 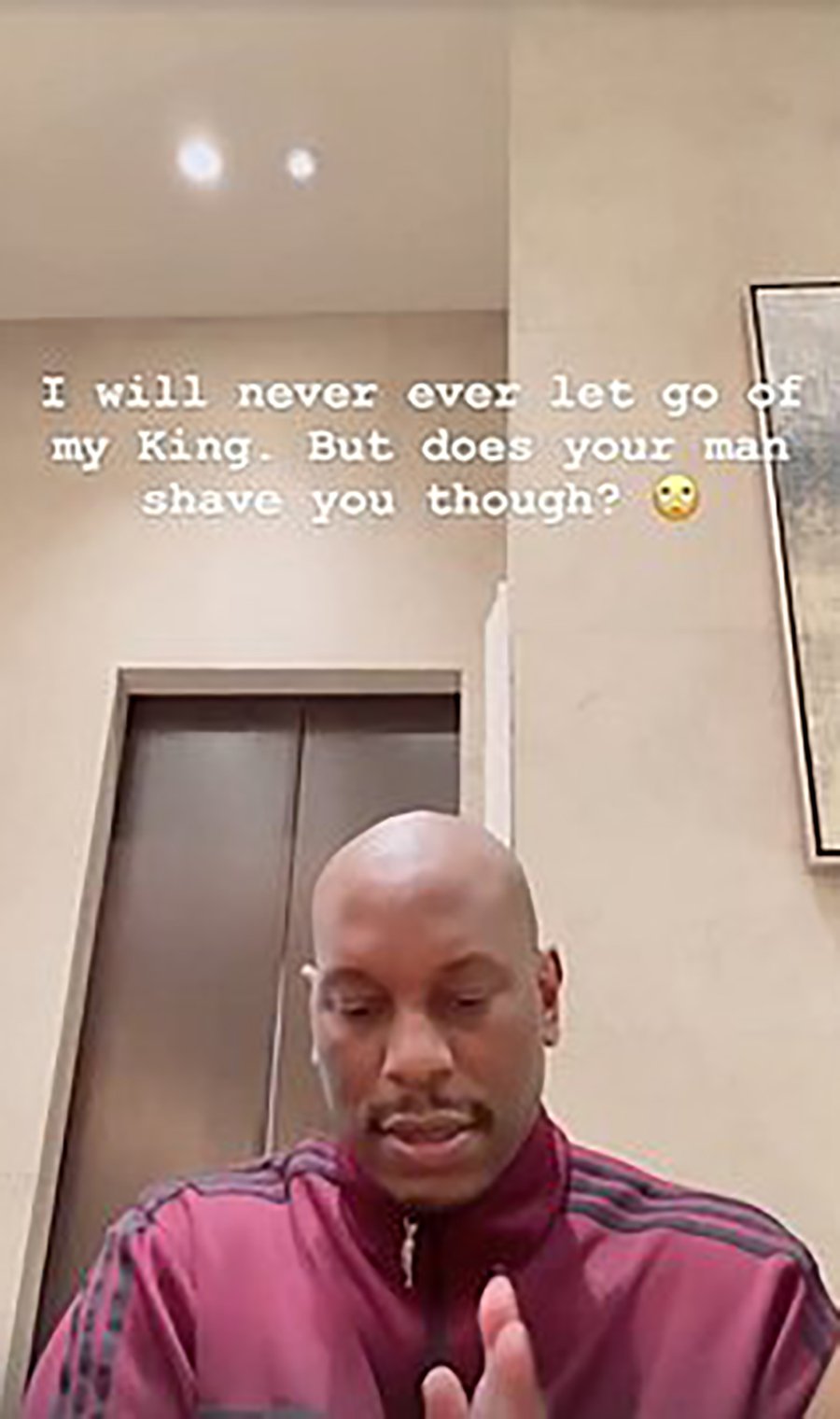 In a separate photo, the Sweet Lady singer is seen holding up the razor pretty confidently. It appears he did a good job as Zelie captioned the post: ‘I will never ever let go of my King. But does your man shave you though?’

The clip has divided Tyrese’s followers with some praising his willingness to give his partner a helping hand while others felt the over-sharing was a little inappropriate.

Criticising the clip, one said: ‘This is something you dont [sic] share. Social media is weird.’

Another agreed: ‘Everything ain’t for social media Smdh.’

‘No but my man pay for me to get waxed,’ one quipped.

One spouse revealed: ‘I’m married and I ain’t doing that. My wife wouldn’t even allow me to do that. Who does this?’

However, there were a couple standing in Tyrese’s court as one stated: ‘This is romance.’

Seeing both sides of the coin, one commentator said: ‘There’s nothing wrong with shaving for her but like why post it.’

Another joked: ‘I’m gonna give Tyrese credit here. Tyrese knows how to out Tyrese himself!’

In December, Tyrese confirmed his split from Samantha after three years of marriage.

The couple tied the knot on Valentine’s Day in 2017 and welcomed their daughter, Soraya Rayas, the following year.

In a heartfelt statement on Instagram, Tyrese explained that the split was amicable and said they intended to remain friendly in order to co-parent their two-year-old on good terms.

‘We have decided to make a statement of a painful and significant development in our lives,’ Tyrese began the lengthy post.

‘After much thought, consideration, and prayer, We unfortunately have made the difficult decision to officially separate & divorce. Our intention is to remain the best of friends & strong coparents.

‘We feel incredibly blessed to have found each other and deeply grateful for the 4 years we have been married to each other. Our journey together has been a ride of both ups & downs, but it’s a journey that neither of us would have chosen to take with anyone else. We truly have so much love & respect for each other.’

The How You Gonna Act Like That singer went on to explain how they have ‘grown tremendously’ within their marriage and cherish the ‘beautiful memories and moments’ they’ve shared but are looking forward to their future individually.

Got a showbiz story?
If you’ve got a celebrity story, video or pictures get in touch with the Metro.co.uk entertainment team by emailing us [email protected], calling 020 3615 2145 or by visiting our Submit Stuff page – we’d love to hear from you.