Dr. Anthony Fauci‘s no longer havin’ trouble with the curve — ’cause after he epically botched his first pitch effort in D.C. in 2020, he was able to redeem himself with a respectable toss at the Mariners game on Tuesday night.

Fauci took the bump just before the M’s played against his childhood favorite Yankees in Seattle — and while he didn’t exactly look like Gerrit Cole out there, the pitch was MUCH better than his first go-around two years ago.

You’ll recall, at that Yanks vs. Nationals game in Washington, Fauci threw a ball so poorly, it landed some 10-15 feet away from home plate. The COVID-19 expert was dragged for the throw, with social distancing jokes continuously flying following the terrible heave.

But, Fauci has clearly worked on his arm since — and was nearly able to throw a lollipop strike to Mariners manager Scott Servais at T-Mobile Park.

Fauci gave a fist pump following the toss — and Servais was stoked for him, congratulating him, and then getting him to sign his mask! 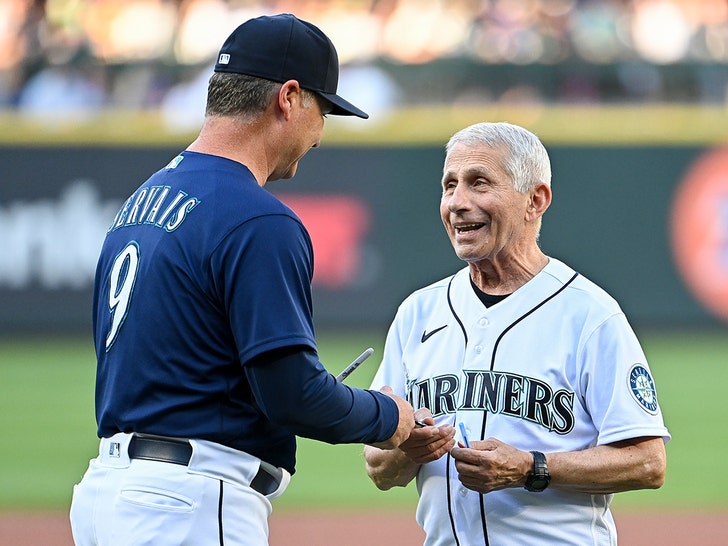 As for how the doc was received at the game … there was a smattering of boos from the crowd, but overall, it seemed to be a pleasant evening for Fauci — who got to see the home team win a 1-0, 13-inning thriller.

Congrats on the redemption throw, Doc!