Warning: Spoilers for the Tiny Pretty Things Season 1 finale follow. Netflix’s teen ballet drama Tiny Pretty Things has no shortage of shockers. That’s particularly true in Season 1’s closing moments, in which famed choreographer Ramon Costa’s seemingly dead body is discovered just before the episode cuts to black. The identity of Ramon’s presumed killer is left a mystery as fans wait for a potential Season 2, but some are already theorizing that Anna Maiche’s character in Tiny Pretty Things, Cassie Shore, is the one who stabbed Ramon. But Maiche, for her part, has other ideas.

Cassie spent most of Season 1 in a coma after a mysterious hooded figure pushed the star dancer off the Archer School of Ballet’s rooftop in the show’s opening moments. Although it was later revealed that star ballerina Delia was the culprit behind the attack, Ramon seemed pretty sus throughout the season — after all, he’s a manipulative teacher who cheated on Delia with Cassie (a teenage student) before her fall. Ramon blackmailed Cassie over their affair, and his indiscretions led to Delia pushing Cassie in the first place, so it makes sense why Cassie would want revenge. However, Maiche doesn’t think the mystery of Ramon’s stabbing is so cut and dry.

"None of us [in the cast] know who stabbed Ramon," Maiche tells Elite Daily. "I like to think that it wasn’t Cassie, but in that last scene, she’s washing her hands, which I’ve seen people say that’s kind of a tell." 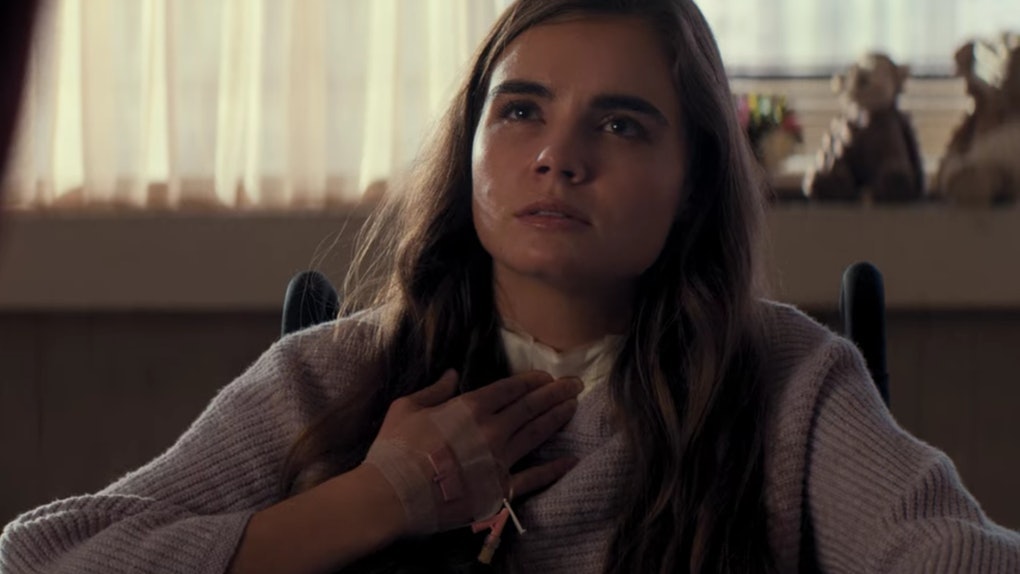 In addition to possibly washing Ramon’s blood off her hands toward the end of the Season 1 finale, Cassie also had a pretty suspicious-sounding conversation with her fellow Archer student and rival, Bette (who is also the younger sister of Delia). Cassie and Bette were at odds in the finale after Cassie falsely blamed Bette for pushing her off the roof. As Maiche explains, this was a strategic lie to regain her star status at Archer, since "[Bette] is now at the top of the school — which was Cassie’s position before she fell."

When Bette confronts Cassie in the finale and tells her she can’t win, Cassie replies, "Oh Bette, I already have." This could also be a nod to her stabbing Ramon. But, as Maiche points out, the attacker honestly could’ve been anyone.

"Our showrunner put in little things like that for every character," Maiche says. "Like, Mateo in the hall says, ‘Some things die easy. Some not so much.’ So you could see that as a tell. Or, the fact that Ramon has now come between Caleb and Madam DuBois."

There’s also the possibility Ramon isn’t actually dead and is just seriously injured like Cassie was in Season 1. But that seems to be a long shot. "I mean, I guess we don’t know, [but] I think that he’s dead," Maiche says.

Although Maiche isn’t into the idea of Cassie being the one who stabbed Ramon, there is another fan theory she’s into.

"I’ve been hearing a lot of people thinking that Cassie and Delia have some sort of romance," the actor said. "Tory, who plays Delia, is one of my best friends, so I think that would be cool."

For now, fans will just have to wait for a potential Season 2 to find out what’s really going on at Archer.