Diane Keaton is featured in InStyle’s Badass Woman Issue even though Diane herself doesn’t really consider herself a badass. She’s not some bold ass-kicker, but she’s powerfully effective. Like, I think she’s an idiot because she’s still sticking up for Woody Allen, but I’m not going to pour hatred and scorn on her just because (in her mind) she sticking up for one of her oldest friends, the man who gave her a huge career break. While she does mention Woody Allen several times in this InStyle piece, she’s not pressed on the issue and she doesn’t volunteer anything more than a few stories about making Annie Hall and whatever else. It’s actually a good read because so often these days, these are not the women who are featured in fashion and style magazines, you know? Diane Keaton’s thoughts on art, fashion and badassery are more interesting to me than the thoughts of a 20-year-old model. You can read the full piece here. Some highlights:

Her covered-up, hat-wearing look: “I don’t think of it as empowering. Yes, it’s very protective. It hides a multitude of sins. Flaws, anxiety — things like that. I would not feel comfortable in a short skirt or something cut off with my arms hanging out there. And I’ve always liked hats. They just frame a head. But, of course, nobody really thinks they’re as great as I do. And, you know, hats also protect you from the sun — I’ve had so many skin cancers.

How she got into hats: “The truth is, it was on The Godfather [1972]. Dean Tavoularis was the [production] designer, and he was with this beautiful French girl. She had on a hat that was like something you’d see Cary Grant or one of those guys wear. It made me think, “Buy hats.” I thought, “God, that would be good. I could do that.” Which is the story of my life. “I could copy this. I could copy that.”

Online shopping: “My daughter, Dexter, is an online shopper. I think she’s crazy. Part of the great joy is just being in the stores. It’s sad what’s happening to them. They’re just closing, and people are doing exactly what you’re telling me [buying online]. It’s like, “Stop! How can you do that? You don’t know what it’s going to look like on you!”

Whether she considers herself a badass: “I would call myself somebody who avoids more than anything else. I’ve got that 8-foot wall [points toward the house’s gate]. It makes me feel protected, you know? Safe. I’m fearless about what I like. In other words, I’ll take it wherever I want to go. I’ve had a lot of independence, and nobody’s telling me what to do. I had a mother who encouraged that and helped me achieve the things I wanted to achieve. I’ve followed the paths I’ve wanted to follow. I like redoing houses, I like architecture, I like visuals, I like fashion, I like all of it.

She doesn’t consider herself a real actress: “Oh, no. Oh god, I’m not thinking, “Gee, I need to play a role.” I’m not a real actress. OK, wait, I have to tell you this. So, Jessica Lange. I was in New York, and I saw her in The Glass Menagerie [in 2005]. And it was a matinee, which means she had to do another show after that. She was just totally emotional, totally brilliant. I went backstage because I made that movie Crimes of the Heart [1986] with her. I looked at her, and she had been crying. I said, “How can you do this over and over in front of people?” She looked at me, “I love it so much.” I said, “You’ve got to be kidding me.” Count me out.

Whether she dates: “Never. All right? [laughs] Let’s just get that straight. That one’s important. I haven’t been on a date in, I would say, 35 years. No dates. I have a lot of male friends. I have a lot of friends, but no dates. No mwah-mwah.

I laughed out loud at that Jessica Lange story, I really did. Imagine seeing your friend and former coworker, so involved in the process, so emotional, ripping out her heart in eight performances a week and Diane’s reaction is “You’ve got to be kidding me. Count me out.” While I do think Keaton is a better actress than she believes, there absolutely is something one-note about even her best performances. That’s not necessarily a bad thing – some of the best actors in the world made some really great movies by just playing the same kinds of characters over and over.

As for not dating for 35 years… like, I’ll believe that she doesn’t get asked out a lot, but I truly don’t believe that she hasn’t been on any kind of date – even a f–king lunch date – with a man/potential lover since 1986. That’s ridiculous. 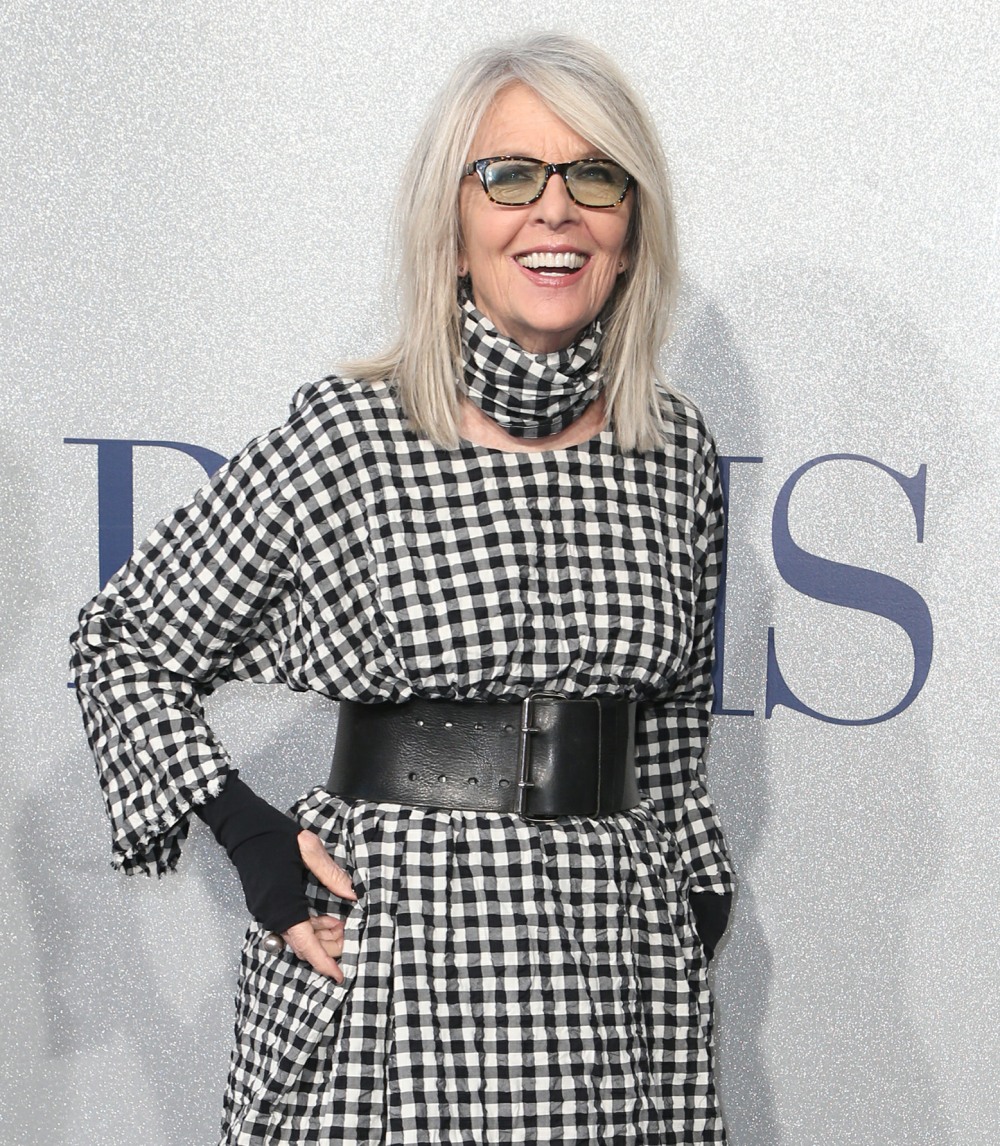 Photos courtesy of InStyle and WENN.