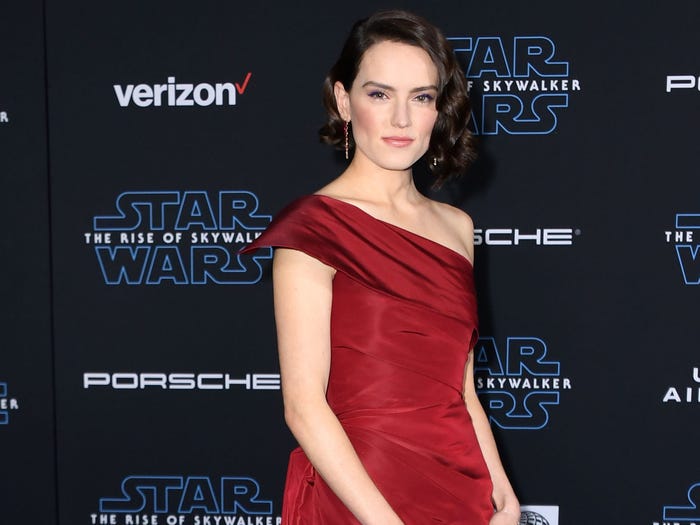 Daisy Ridley is opening up about how she's perceived on movie sets.

In the February issue of British magazine Tatler (via Yahoo), the actress revealed she's been called "aggressive" and "intimidating," the latter coming while she was making her latest movie, "Chaos Walking."

"I was having my hair done, having my wig put on," she told the magazine about the moment when she was told. "I remember thinking, 'God, should I be smaller? Should I be quieter?'"

Ridley, who received instant global fame when she was cast as Rey in the most recent "Star Wars" trilogy, admitted that wasn't the only time she was told what people in the industry really think of her.

"I've been called aggressive, too," she added. "My energy is 'quite aggressive.' That was during a meeting with a director."

"I was thinking: 'But why?" Ridley continued. "Is it because I maintained eye contact? Is it because I'm passionate about what we're talking about?' I dunno. You have that horrible sinking feeling of, 'God, do I not come across the way I think I do?'"

Ridley told Tatler that she is a private person, and has been conscious to keep her personal life far from the public eye.

"When I signed on to 'Star Wars,' there was nothing in my contract that said: 'Your life will be talked about,'" she said. "It got to the point where I realized so much of my life was out there. People knew my mum's name, my dad's name, what my sisters do for a living. And I thought it would be nice to have something that's for me, that isn't for everybody else. I just thought I would keep that separate."

"Chaos Walking," a sci-fi thriller starring Tom Holland, is slated to come out next year.