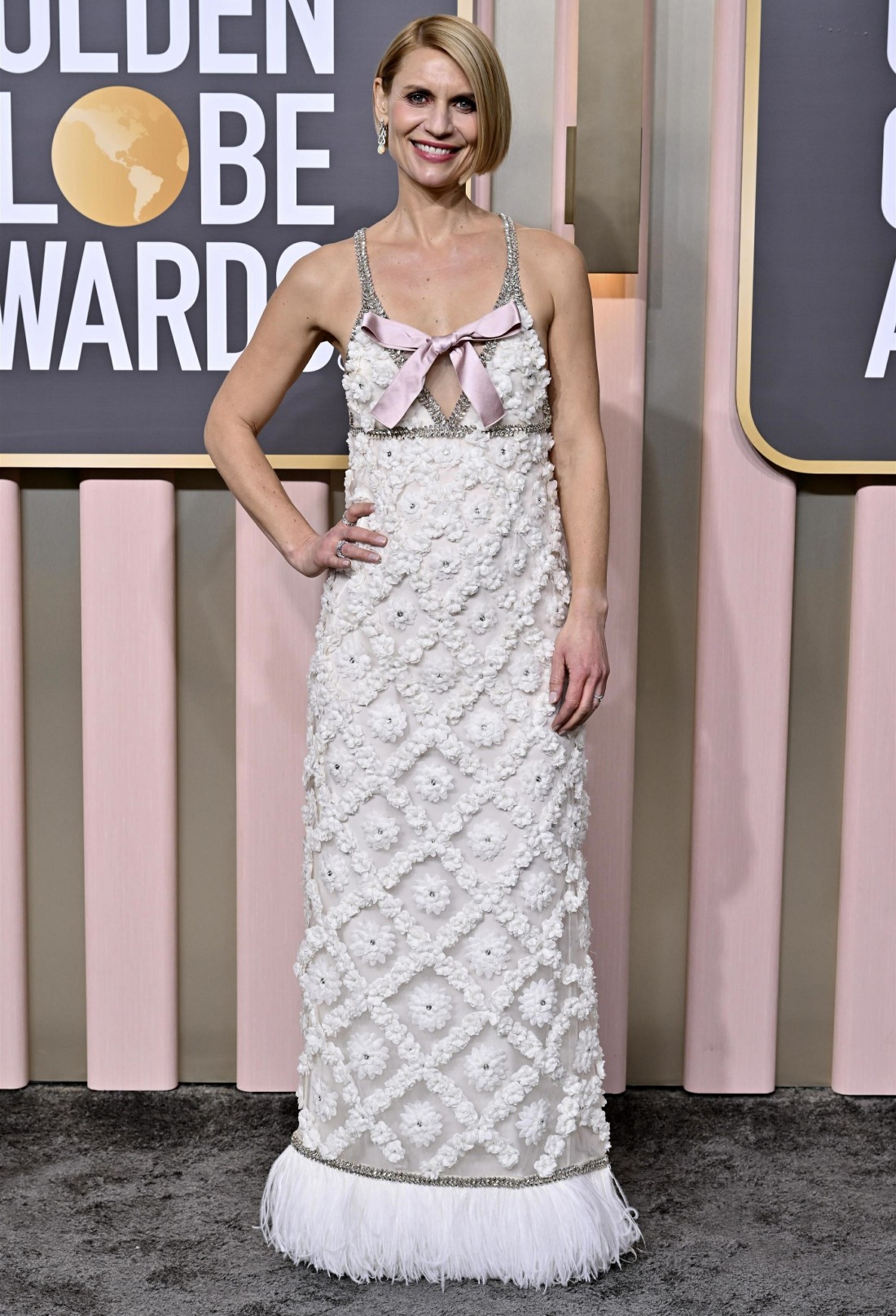 I was so surprised when Claire Danes and Hugh Dancy announced they were expecting their third child earlier this week! They already have two sons, Cyrus and Rowan, and I thought they were done having babies. But no, Claire is knocked up again! Congrats to her. Claire turned up at the Golden Globes last night wearing a pretty horrid dress. I’m sure chose it to hide her bump a little, but jeez, it was so bad. This is Giambattista Valli. Usually, Valli designs are heavy on flouncy skirts and architectural looks. This just feels like an off-day, design-wise. 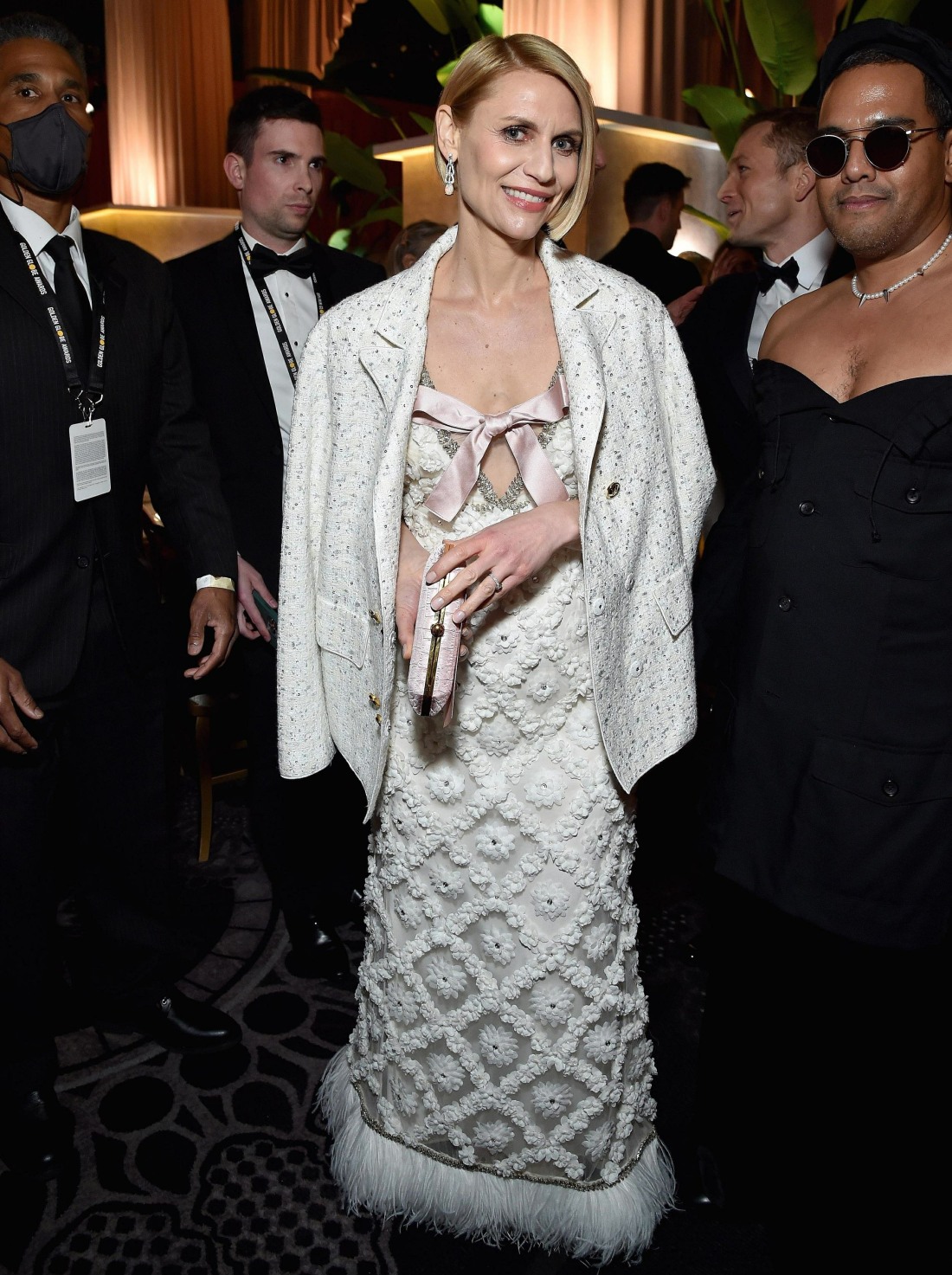 Quinta Brunson wore Christian Siriano – Quinta has a commitment to this style, the strapless mermaid design. It flatters her figure, and she’s quite short (which limits the kinds of dresses she’s offered), but I would love to see her play around with some different silhouettes at some point. Anyway, this was fine. I’m sure it was a custom job from Siriano and Quinta seemed to love it. 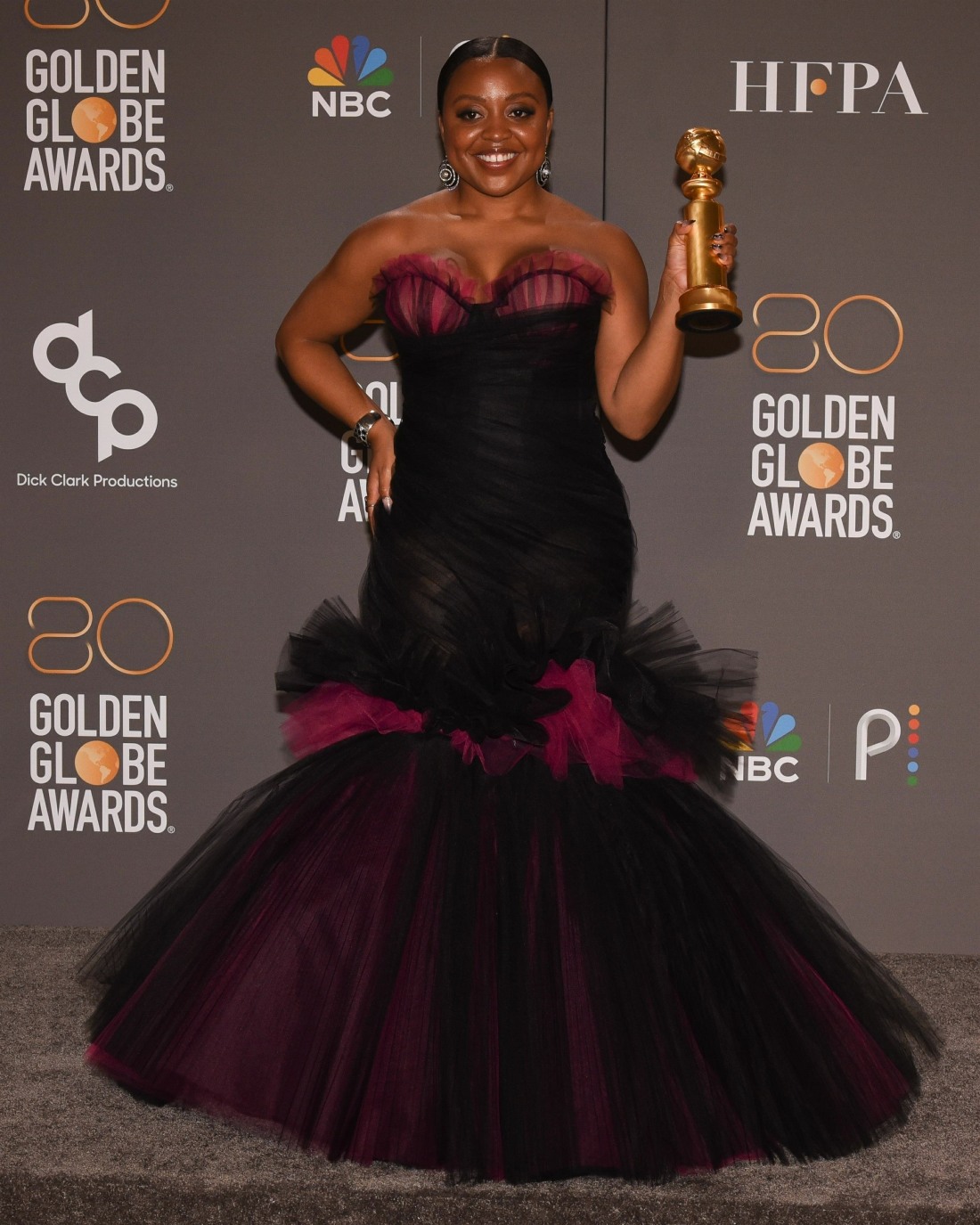 Sheryl Lee Ralph looked amazing in a custom Aliette. She is having so much fun!!