Home » Celebrities » CHRISTOPHER STEVENS: The experts agree we have a 'wild child' crisis

All Creatures Great And Small

For despairing parents of difficult children, there is hope. If your child is rude, antisocial and just wants to slump in front of a screen all day, a career path beckons. They can be TV critics.

First, though, they have to survive school. And school has to survive them. But in an increasingly overcrowded and under-resourced school system, difficult children are being punished more frequently than ever with exclusion — what we used to call suspension and expulsion.

According to Don’t Exclude Me (BBC2), following a trio of very challenging pupils at a primary school in Southend, the national exclusion rate has doubled in the past three years.

Among the under-eights alone, 500 were permanently excluded in the year before coronavirus. If you don’t have a child like that in your family, you might be wondering how on earth that’s possible.

This sensitive documentary depicted the problem clearly. Oscar, six, tore around the classroom, boiling with boredom and destructive urges. Eight-year-old Jack’s angry outbursts sometimes forced his classmates to evacuate for their own safety. 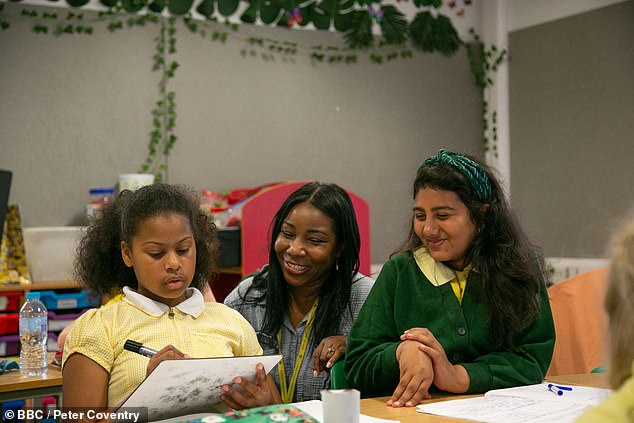 According to Don’t Exclude Me (BBC2), the national exclusion rate has doubled in the past three years

Olivia, aged nine, seethed and sulked, storming out on the least provocation. All three were different, but the result was the same: they made learning impossible for everyone. Their teachers and parents were at their wits’ end.

What the programme failed to do was explain why so many children are becoming unmanageable. Commendably, it did not hide behind blanket terms like ADHD and autism — which lose their usefulness if they are applied too widely.

But if we don’t know why it’s happening, how can we solve the crisis? The school brought in a behaviour specialist, Marie Gentles, who insists exclusions are not the answer. She’s right: expelling a child is tantamount to leaving someone else to sort things out.

Marie trained the teachers in helping the children to talk about their emotions, using positive feedback. One technique was never to say ‘please’ when giving an instruction to a pupil: say ‘thank you’ instead, as though their compliance was already guaranteed.

It’s a clever tip, but if handling these outbursts was as easy as ‘please’ and ‘thank you’, the exhausted parents would probably have worked it out years ago. Marie’s confident, patient approach is valuable.

I started to worry, though, when she claimed her practices worked ‘for every single child, every single time’.

I know from long and unpleasant experience that there area lot of education evangelists who will guarantee success providing their diets, rules, treatments or systems are followed to the letter.

This series does, at least, demonstrate that the problem is far too complex for schools simply to blame the parents.

But over-indulgent parenting is to blame for the most spoilt dog in Yorkshire, Mrs Pumphrey’s Pekingese, Tricki Woo.

Tricki came to stay with his Uncle Herriot in All Creatures Great And Small (C5), brought to the door on a velvet cushion carried by a footman.

Patricia Hodge has taken over from the late Dame Diana Rigg as Mrs P, and captured the perfect note of lofty dignity.

Feeding one of Mrs Hall’s homemade biscuits to the greedy little mutt, she declared: ‘I only eat a Fortnum myself, but Tricki is a little less fussy.’

Already a national treasure as Miranda’s mum, with one snooty gesture she made the role of Mrs Pumphrey her own. Such fun!