The widow of late great rocker Chris Cornell is suing his former bandmates, more than two years after he committed suicide.

In legal documents, Vicky Cornell claims the remaining Soundgarden members and their business manager have wrongfully withheld hundreds of thousands of dollars in royalties from her and their two minor children, according to TMZ.

What’s more: she alleged that the move was part of an effort to ‘strong arm’ her into turning over the files of seven unreleased songs that Chris had sung vocals on in the months before his death. 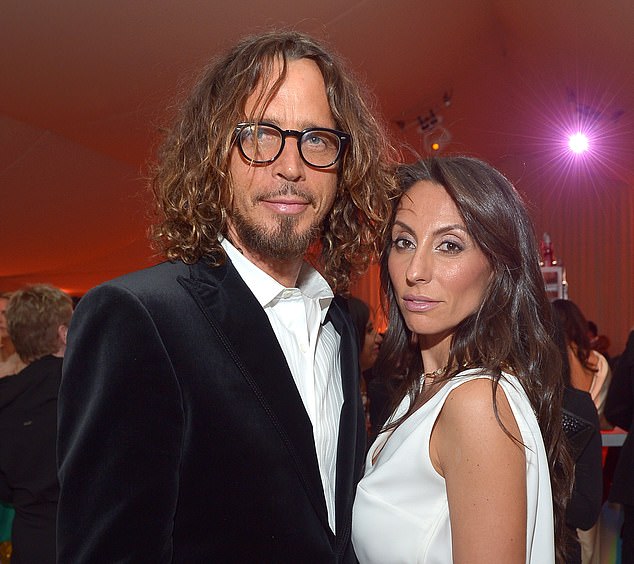 At odds! Chris Cornell’s widow, Vicky Cornell, is suing his former Soundgarden bandmates, alleging they and their management have withheld royalties in an effort to strong arm her into handing over the files for seven unreleased songs

The remaining Soundgarden members, and in particular guitarist Kim Thayil, had publicly commented that the group had been working on new material before Cornell’s death in May 2017.

In more recent times, Thayil disclosed that there in fact were a number of songs the band could finish for a posthumous studio album.

However, Vicky Cornell claims she offered to share the recordings to Soundgarden, with some stipulations that included having Chris’ producer involved, but they refused, according to TMZ. 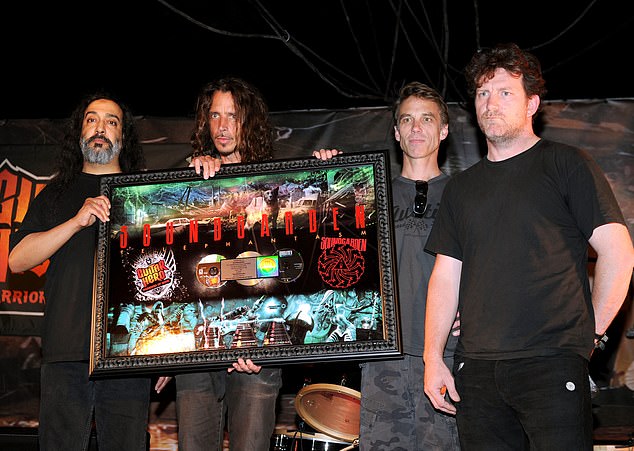 They’re take: The remaining Soundgarden members claim they should be the rightful owners of the seven songs because they co-authored some of them with Chris Cornell

She also accuses Thayil of putting her family in harm’s way by suggesting to the band’s rabid fan base that she’s the main obstacle to a new Soundgarden album.

In the legal documents, the mother of two also maintains her late husband authored all seven of the songs by himself, which the band disputes.

They have said the band gathered to work on some of their ideas together, in a collaborative effort, that resulted in a co-authorship for varying members for five of those seven songs. 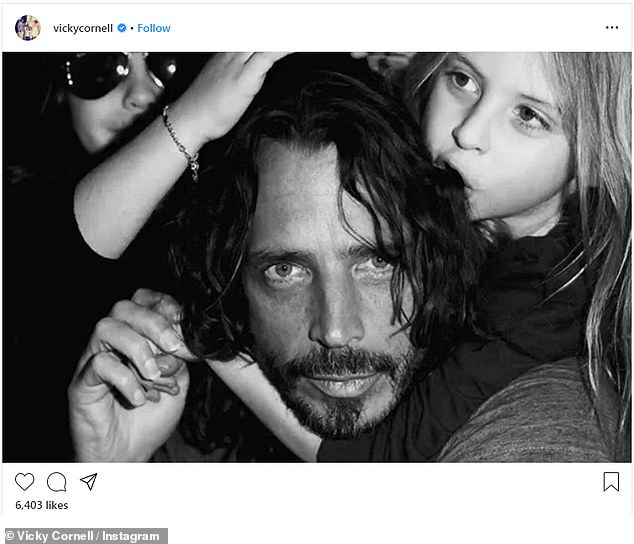 Emotional: Vicky Cornell shared some of her thoughts and emotions on the legal filing in a lengthy Instagram post on Monday 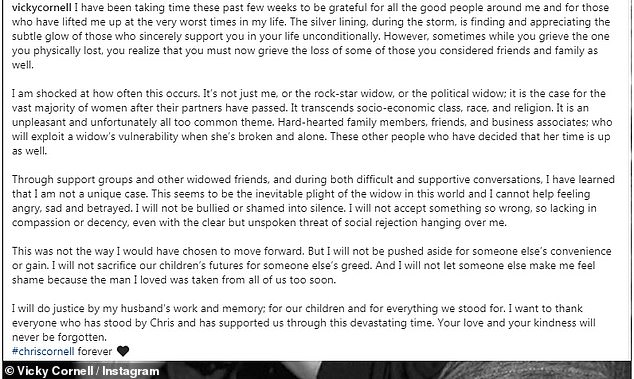 Making her case: Vicky Cornell wore that she ‘will not be pushed aside for someone else’s convenience or gain,’ in her long post on social media

With the legal filing, Vicky Cornell is asking a judge to declare that all seven tunes belong to the late frontman’s estate, and force the band and its management to pay any unpaid royalties.

‘This was not the way I would have chosen to move forward,’ she shared in a lengthy Instagram post, along with a picture of her husband and children, on Monday.

Cornell, who also fronted the rock band Audioslave, struggled with depression and substance abuse for much of his life. He has widely been considered among the greatest rock singers of all time.

Rock icon: Cornell, who also fronted the rock band Audioslave, struggled with depression and substance abuse for much of his life; he died by suicide in May 2017 at the age of 52