We are all being BULLIED

Taking to Twitter, Jan shared her views with her 5,000 followers over the outspoken presenter.

She wrote: “Whatever your opinion of Piers and THAT interview – I’ve read his book Wake Up and it makes a lot of sense.

“We are all being BULLIED by a #VociferousMinority.”

The former TV presenter shared a link to an article which referenced Piers’ views on “cancel culture”. 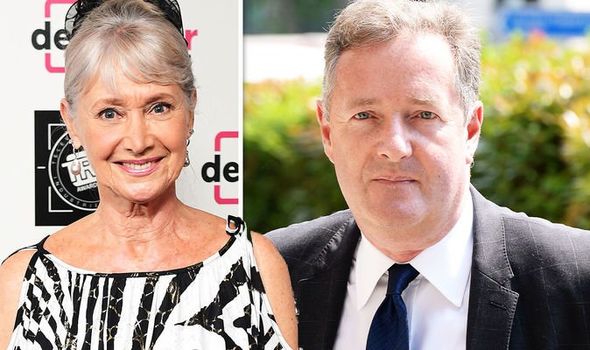 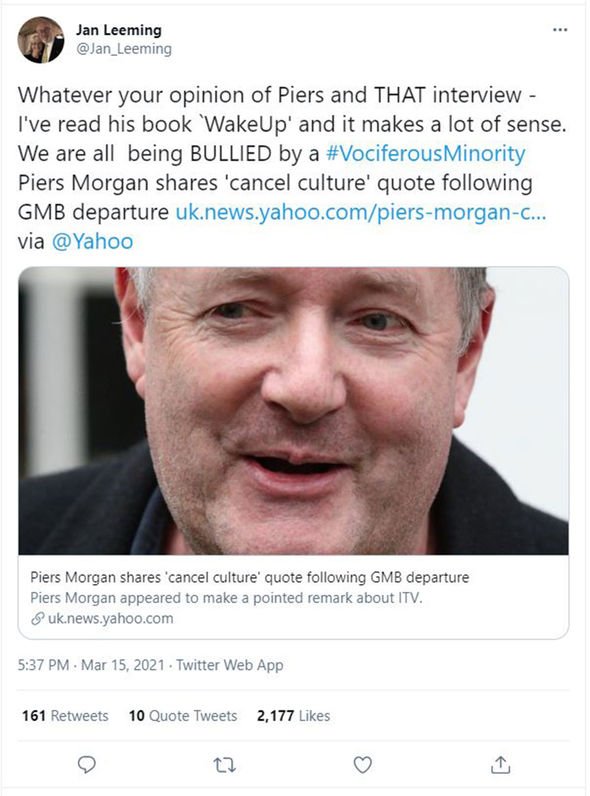 Jan continued to voice her support in a later tweet.

She said: “He is rich enough, has the hide of a #rhinoceros; powerful contacts; doesn’t appear to care about public opinion; so @PiersMorgan can stand up against the #CancelCulture – most can’t or they don’t want to lose their jobs.”

The newsreader went on to make a surprising revelation.

She continued: “Lost a corporate job once because I’d hosted #MissUK.” 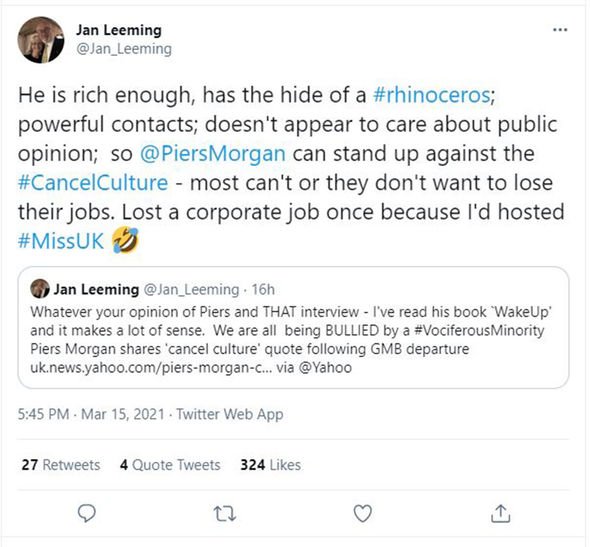 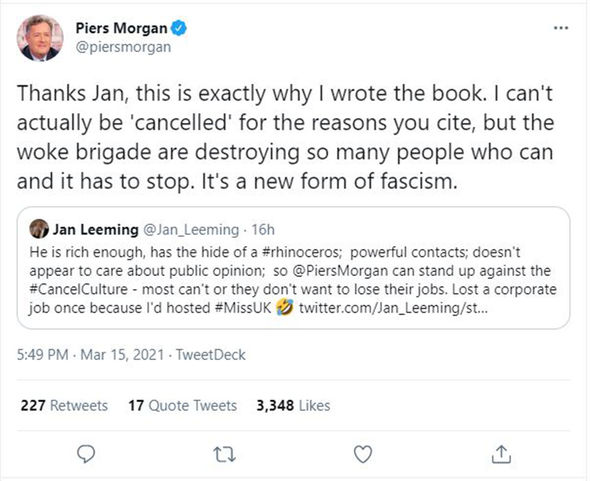 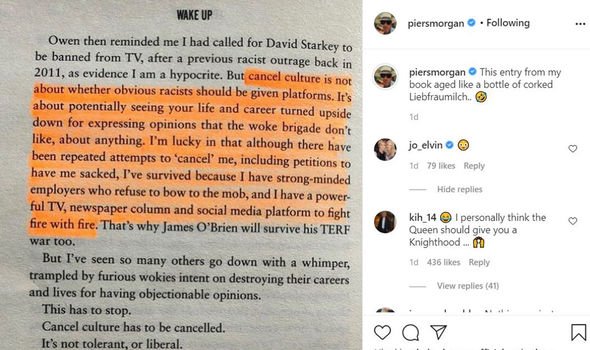 Having spotted Jan’s tweet, the best-selling author thanked her for her comments.

Piers wrote: “Thanks Jan, this is exactly why I wrote the book.

“I can’t actually be ‘cancelled’ for the reasons you cite, but the woke brigade are destroying so many people who can and it has to stop.”

He ended the tweet saying: “It’s a new form of fascism.”

Yesterday, in a post to his 1.6 million followers, the former GMB host shared a highlighted section from his work, which he captioned: “This entry from my book aged like a bottle of corked Liebfraumilch.”

In his book Wake Up, Piers had penned: “But cancel culture is not about whether obvious racists should be given platforms.

“It’s about potentially seeing your life and career turned upside down for expressing opinions that the woke brigade don’t like, about anything.”

He continued: “I’m lucky in that although there have been repeated attempts to ‘cancel’ me, including petitions to have me sacked, I’ve survived because I have strong-minded employers who refuse to bow to the mob, and I have a powerful TV, newspaper column and social media platform to fight fire with fire.”

“Very touched to see you many people support me. THANK you,” he added.