The ‘Beverly Hills, 90210’ star makes use of his Instagram account to clap back at ex-fiancee Vanessa Marcil, who allegedly accuses him of asking for child support.

AceShowbiz –Brian Austin Green has responded to an alleged custody claim by his ex-fiancee Vanessa Marcil. The “Beverly Hills, 90210” star took to his Instagram account to clap back at Vanessa, who allegedly accused him of asking for child support.

On Thursday, October 13, Brian shared on Instagram Story a screenshot of court papers that appeared to show Vanessa being listed as the petitioner and Brian as the respondent. “I just heard that my ex was claiming I spent years taking her to court and asking for child support,” the 49-year-old actor wrote. “How was I the Respondent then???” he continued.

In his post, Brian added hashtags of #factsisfacts and #thetruthshallsetyoufree. The actor, however, didn’t detail where he “heard” the allegations. 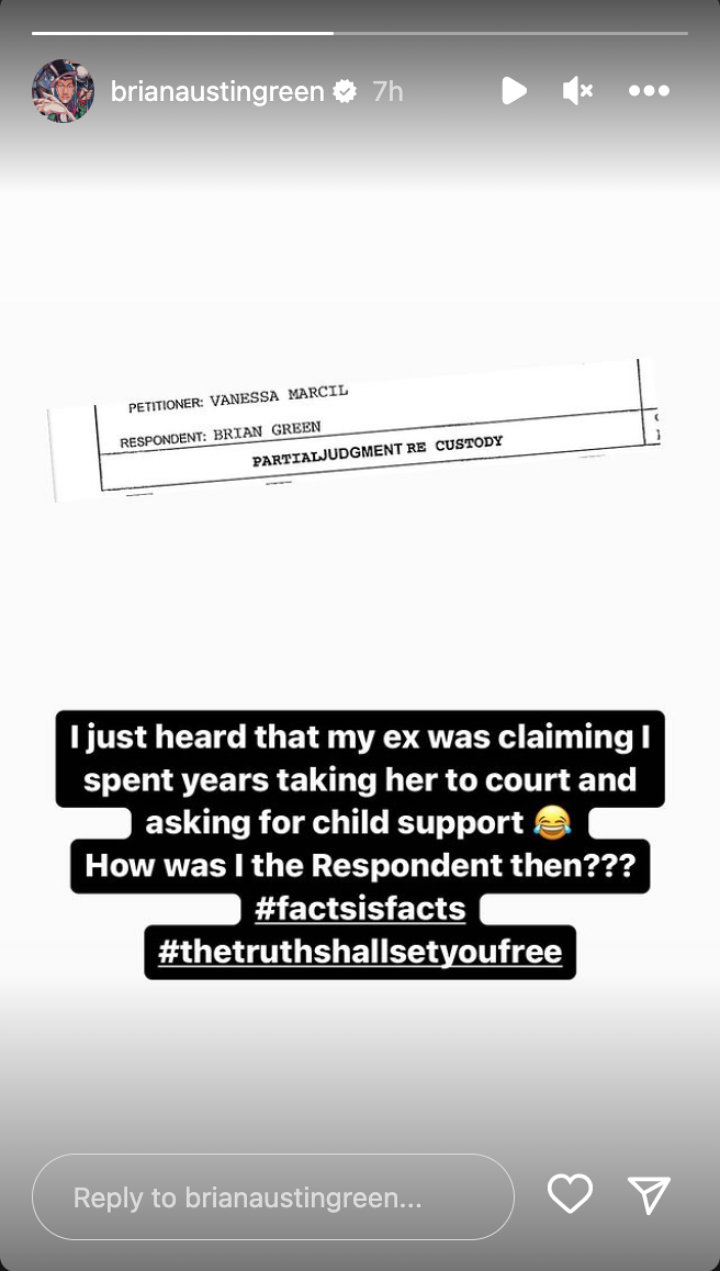 The former couple shares a 20-year-old son, Kassius, who was born in 2002. The two called it quits in 2003 after four years together.

In addition to Kassius, the “Anger Management” alum is also the father of three sons, Noah (9), Bodhi (8) and Journey (5), whom he shares with ex-wife Megan Fox. He also has 3-month-old son Zane with current girlfriend Sharna Burgess.

Back in July, Sharna shared that Megan had met the baby. “She came and got some Zane snuggle time, which was wonderful and really great to see,” the “Dancing with the Stars” pro dancer told Us Weekly of the “Transformers” actress, addding, “She said he’s super cute and such a chill baby, which he is.” Meanwhile, the 37-year-old noted that Noah, Journey and Bodhi are all “obsessed” with their baby brother.

In a separate interview, Brian told Entertainment Tonight that her kids have all been very harmonious, even before the baby was born. “The kids are so amazing with Zane, they were amazing with Sharna the whole time when she was pregnant,” he recalled.