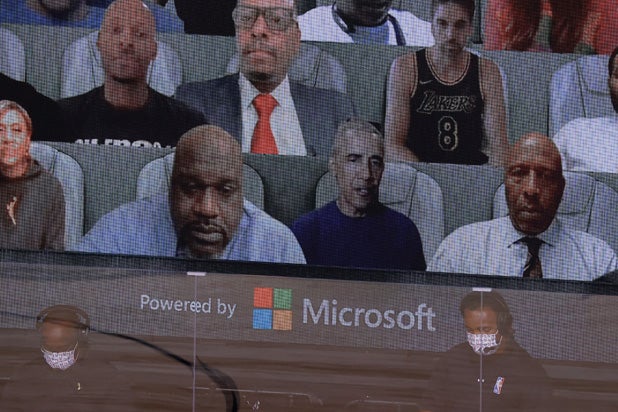 Former President Barack Obama was in the house for Game 1 of the NBA Finals. Kind of.

The notoriously avid hoops fan was among the famous faces projected into the virtual fan stands at AdventHealth Arena at the ESPN Wide World Of Sports Complex in Lake Buena Vista, Florida on Wednesday night.

Since actual fans are not permitted in the stands for the game, the league has been putting virtual fans on a big screen to serve as its version of a crowd.

This year’s NBA Finals, the capper to the longest NBA season in history, features LeBron James and the Los Angeles Lakers against Jimmy Butler and the Miami Heat (LeBron’s former team).