The publishers for Alice Sebold’s memoir, “Lucky,” have pulled the title from shelves after a man was exonerated last week of the 1981 rape that was the basis for her book, Fox News has confirmed.

“Following the recent exoneration of Anthony Broadwater, and in consultation with the author, Scribner and Simon & Schuster will cease distribution of all formats of Alice Sebold’s 1999 memoir ‘Lucky’ while Sebold and Scribner together consider how the work might be revised,” a spokesperson for Simon & Schuster, which owns Sebold’s publisher, Scribner, wrote in a statement to Fox News Digital on Wednesday.

The publisher also shared the memorandum to its social media.

Anthony Broadwater was convicted of raping Sebold in 1982. Broadwater, now 61, spent 16 years in prison for the wrongful conviction, and reports indicate he was also denied parole at least five times because he continuously maintained his innocence. 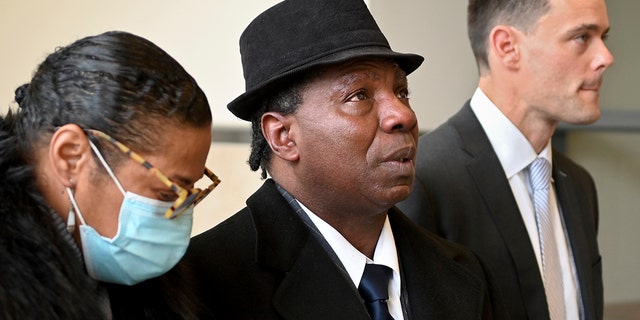 Anthony Broadwater, 61, center, appears after a judge overturned his conviction that wrongfully put him in state prison for the rape of author Alice Sebold, Nov. 22, 2021, in Syracuse, N.Y.
(Katrina Tulloch/The Post-Standard via AP, File)

While Broadwater was released from prison in 1999, he was ordered to register as a sex offender and has since lived his life on the registry database. In the interim, he has worked as a trash hauler and a handyman.

Sebold, 58, addressed Broadwater’s exoneration in a statement posted to Medium on Tuesday.

“I want to say that I am truly sorry to Anthony Broadwater and I deeply regret what you have been through,” she wrote in the scribe. “I am sorry most of all for the fact that the life you could have led was unjustly robbed from you, and I know that no apology can change what happened to you and never will. Of the many things I wish for you, I hope most of all that you and your family will be granted the time and privacy to heal.”

Elsewhere, Sebold writes: “I am grateful that Mr. Broadwater has finally been vindicated, but the fact remains that 40 years ago, he became another young Black man brutalized by our flawed legal system. I will forever be sorry for what was done to him.” 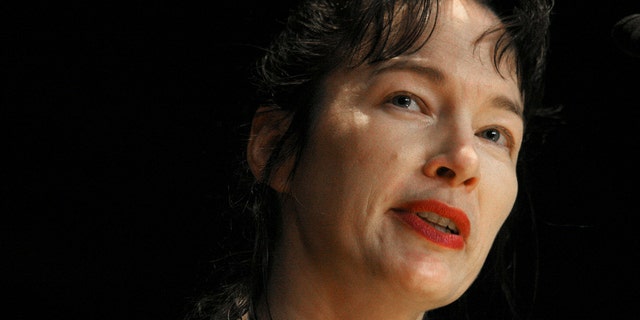 Alice Sebold apologized to Anthony Broadwater on Tuesday. Her 1981 rape was the basis for her memoir ‘Lucky.’
(AP Photo/Tina Fineberg, File)

The exoneration comes after a producer working on a film adaptation of the memoir became skeptical that Broadwater was a guilty man. Initial media reports stated the adaptation of “Lucky” was a Netflix project, but the streaming and production company said it is not involved in the project.

Tim Mucciante, who has a production company called Red Badge Films, had signed on as executive producer of the adaptation but became skeptical of Broadwater’s guilt when the first draft of the script came out because it differed so much from the book.

“I started poking around and trying to figure out what really happened here,” Mucciante told The Associated Press on Tuesday.

Melissa Swartz, an attorney for Broadwater, said he had no comment on Sebold’s statement. 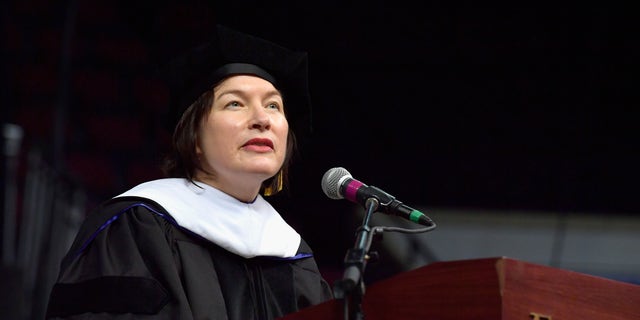 Author Alice Sebold apologized to Anthony Broadwater ‘for her role within a system that sent an innocent man to jail’ after he was exonerated of a 1981 rape against Sebold.
(Photo by Paul Marotta)

Sebold wrote in 1999’s “Lucky” of being raped and then spotting a Black man in the street several months later who she believed was her attacker.

After she went to the police following the alleged incident, an officer said the man in the street must have been Broadwater, who had supposedly been seen in the area.

Following Broadwater’s arrest, Sebold failed to identify him in a police lineup, picking a different man as her attacker because she was frightened of “the expression in his eyes.”

On the witness stand, Sebold identified him as her rapist. And an expert said microscopic hair analysis had tied Broadwater to the crime. That type of analysis has since been deemed junk science by the U.S. Department of Justice.

“Sprinkle some junk science onto a faulty identification, and it’s the perfect recipe for a wrongful conviction,” Hammond told the Post-Standard of Syracuse.

Fox News’ Emma Colton and The Associated Press contributed to this report.