During a March 2 interview for the cover of Cosmopolitan UK, Ashley Benson explained why she keeps her relationships private. “I usually keep my relationships private,” she told the publication. “You obviously can’t help if you get photographed together. [But] it’s more sacred that way. Those private moments are for you and your partner, and I think it’s best not to be over-exposed, and you can really protect your relationship if you’re not exploiting it.”

Her attempts at shielding her relationships from the public eye can only go so far, of course. ICYMI: Benson entered an extremely high profile relationship with Cara Delevingne after having met her on the set of Her Smell. Shortly after the internet started buzzing with rumors that the two ladies had split in May of 2020, Benson was linked to rapper G-Eazy.

There was so much fan backlash that Delevingne wound up coming to her ex’s defense by writing in an Instagram Story, "It’s more important than ever to spread love, not hate. To everyone hating on @ashleybenson please stop. You don’t know the truth, only her and I do and that’s exactly how it should be." True to her commitment to staying mum about her love life, Benson never spoke out on the matter. 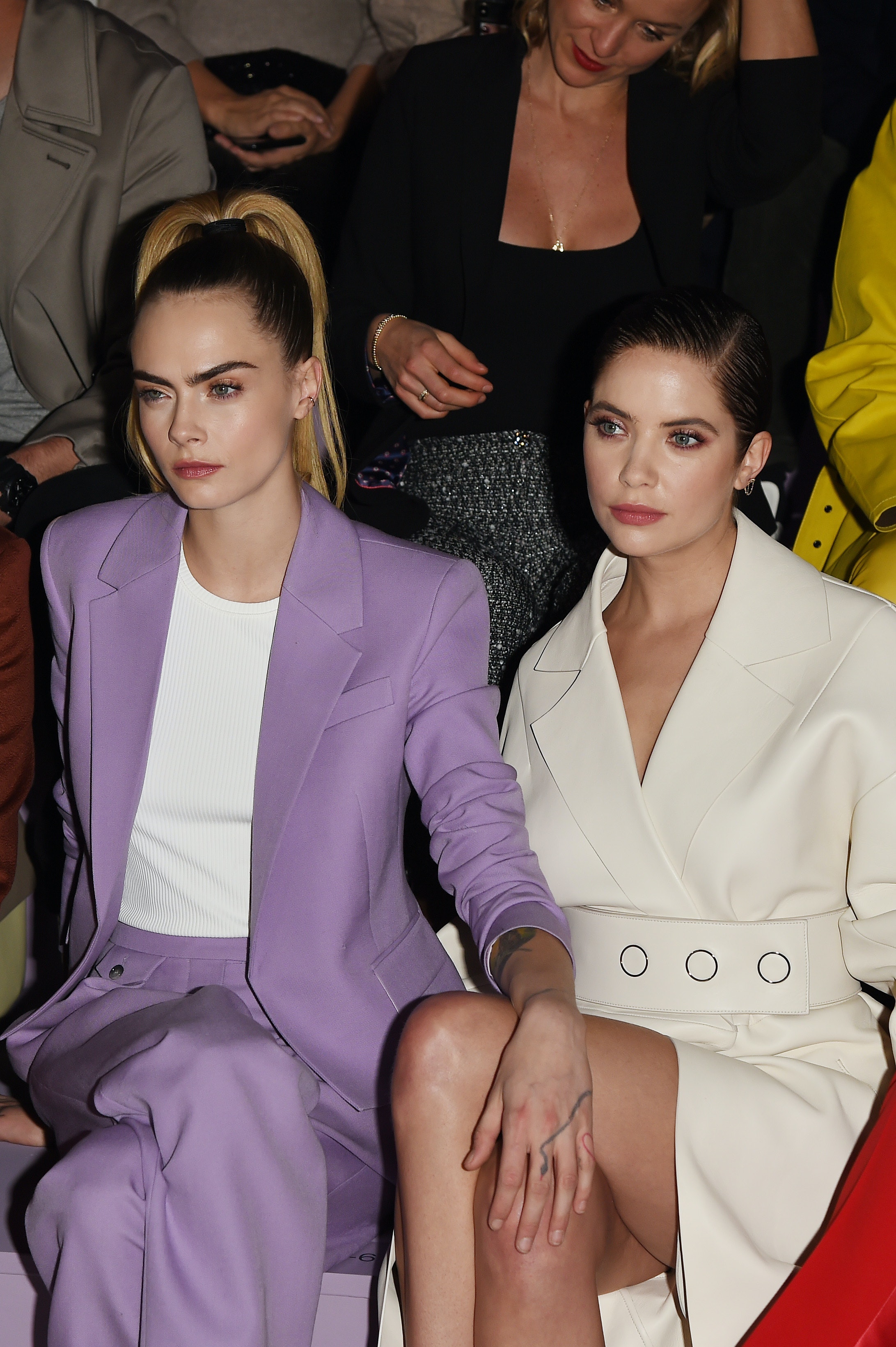 But that’s not to say that the haters don’t bother her. She told Cosmopolitan UK that she finds it particularly hard to deal with "people’s opinions," adding, “if gossip comes out and stories are completely false, what can you do? I’m not going to sit out there and be like, ‘This isn’t true, this is what’s really happening.’"

She continued, "the most annoying part is having to sit back and be quiet while everybody talks about you and you have to deal with it. People can say whatever they want about me, but unless you know me, you don’t really know anything at all.”

At the time of the Cosmopolitan UK interview, Benson was still with now rumored ex G-Eazy and made a small exception to her privacy rule by shedding a little light upon what their life quarantining together looked like. “We’ve been doing a lot of things together in quarantine. Who knows if it will ever be released or not, but we’ve done 30 songs! That’s been really nice, because when you don’t have anywhere to go, it’s really nice to get something out of it," she revealed. 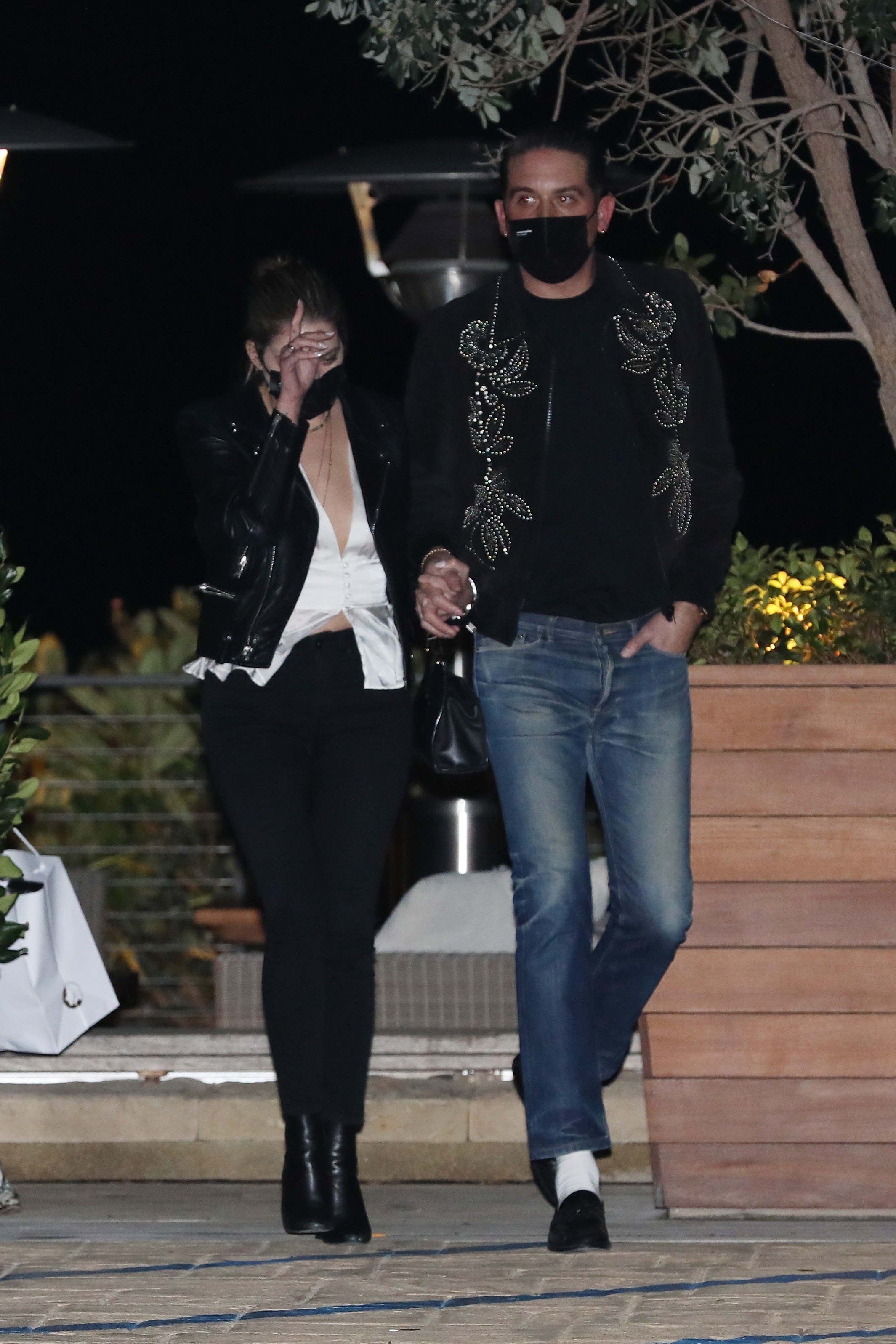 Music seemed to be a big part of their relationship as the publication noted Benson "spends a lot of time in the studio watching him." Apparently, the time spent there was educational. "He’s taught me a lot about music… We always talk about whether we’d release anything or not," she shared. "Again, that’s really nice for us to have for ourselves.”

Even their quarantine date nights were centered around music. “We do little jazz nights – listening to jazz and pretending you’re in a restaurant," she said. "But you’re not, you’re at the dinner table. Anything to liven things up. You find ways to make it enjoyable."

Sadly, those date nights are likely to have come to a close as Benson and Eazy reportedly split in February of 2021. Here’s to hoping Benson is getting the privacy she treasures as she deals with the rumored split.