Home » As Apple gets ready to blow up mobile advertising, this leaked sales deck shows how it was pitching the benefits of personalized ads in 2015

The mobile advertising world is bracing for the fallout of Apple’s forthcoming privacy update, a move some developers fear will make it harder to generate advertising revenue from their apps.

The new “AppTrackingTransparency” feature, due to roll out on April 26, will require app owners like Facebook to ask users for permission to use their device’s unique advertising identifier to track them across other apps and websites. Most of the mobile marketing community expects consumer opt-in rates to be low, which would hamper advertisers’ ability to precision-target users and measure the effectiveness of their advertising.

In recent years, Apple has sought to make its stance on privacy core to its brand.

“Technology does not need vast troves of personal data, stitched together across dozens of websites and apps, in order to succeed,” said Apple CEO Tim Cook at a privacy conference in January. “Advertising existed and thrived for decades without it.”

But just a few years ago, Apple appeared more open to the benefits of personalized ads on mobile.

In 2010, the late Apple co-founder Steve Jobs unveiled iAd, a mobile advertising network built to help developers monetize their apps. He set out the bold ambition that iAd would take on Google to bag 50% of the mobile advertising market.

It never got close — capturing just a 5.1% share of the market in 2016, the year Apple shut iAd down. Ad execs told Insider in 2016 that the project was beset with issues. Apple was commanding high prices and commitments from advertisers and those people said that Apple also kept a tight leash on creative assets, targeting data, and detailed reporting information.

Nevertheless, an iAd pitchdeck to European ad buyers from 2015 obtained by Insider shows how personalized advertising was very much a part of Apple’s sell to advertisers.

“The depth of knowledge we have about our customers is unparalleled,” Apple says in the deck, which outlines its “precision targeting” capabilities, based on iTunes data.

Take a look at some of the most interesting slides from the 2015 iAd advertising deck below.

Apple's three-pronged pitch for iAd focused on the size of its audience — hundreds of millions of global users — the unique data it has on those users, and a premium creative offering. 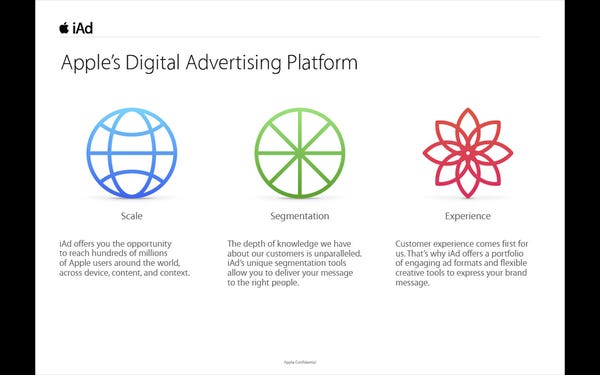 In 2015, iAd said it had hundreds of millions of users — largely in the US, but also in other major ad markets including the UK and Germany. 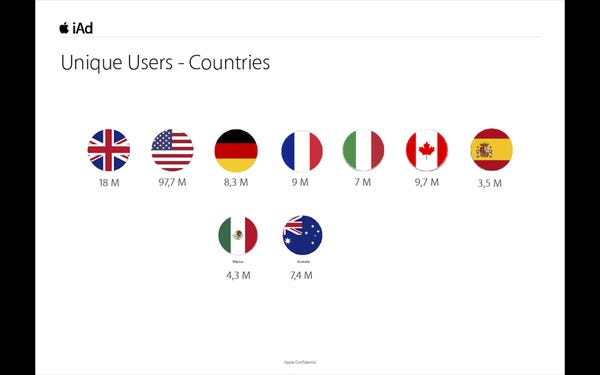 Apple trumpeted its 'precision targeting' options, powered by iTunes data, including segments such as their age, gender, iTunes habits, and whether they'd previously downloaded an app or interacted with an ad. 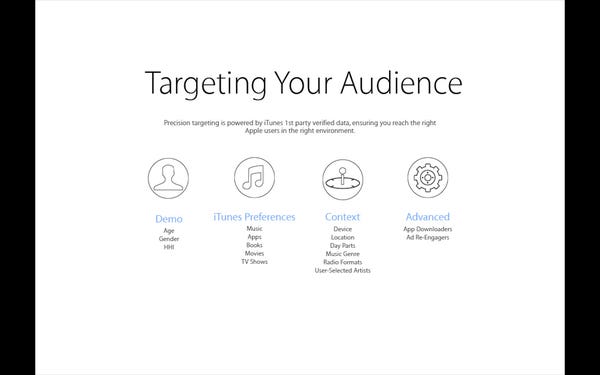 Even in 2015, there was still a fairly high entry cost to get started on iAd — 17,000 Euros (just over $20,000 at today's currency-exchange rates). Elsewhere Apple offered an ad-buying tool called Workbench, to help ad buyers manage their ad campaigns. Ads weren't yet running Apple's iTunes Radio service outside of the US and Australia. 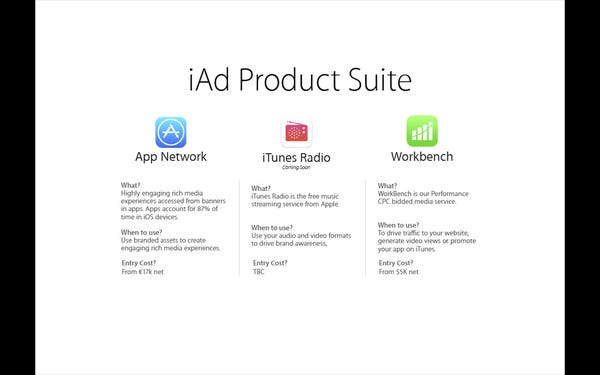 Apple was keen for ads across the iAd network to use the full capabilities of the smartphone — such as the touch interface, accelerometer, and gyroscope. 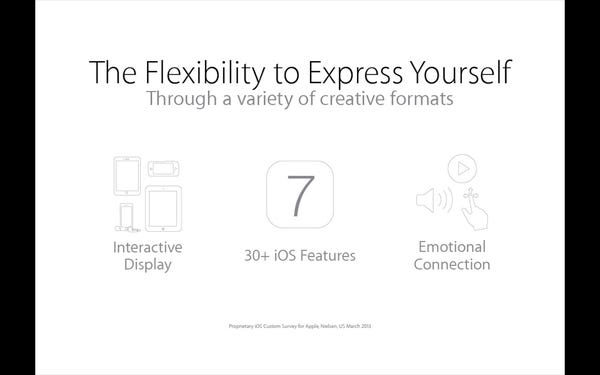 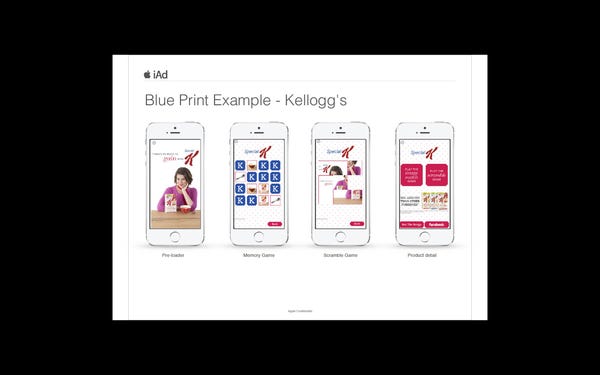 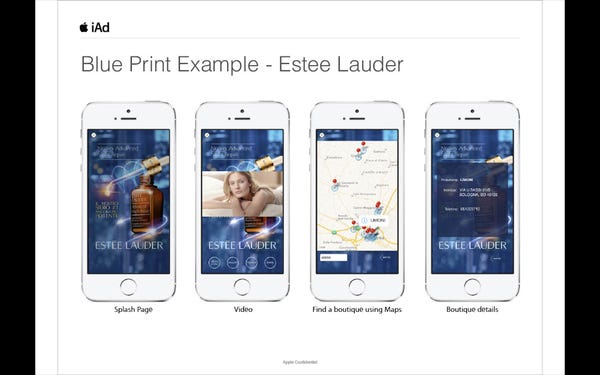 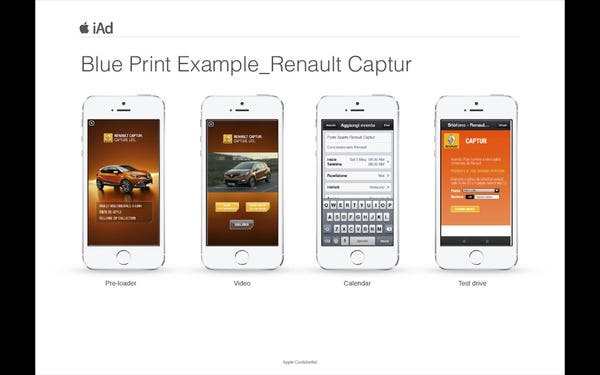 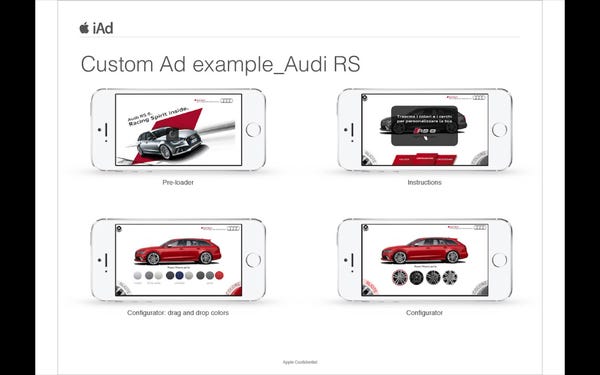 Nutella let people design a label with their name on it. 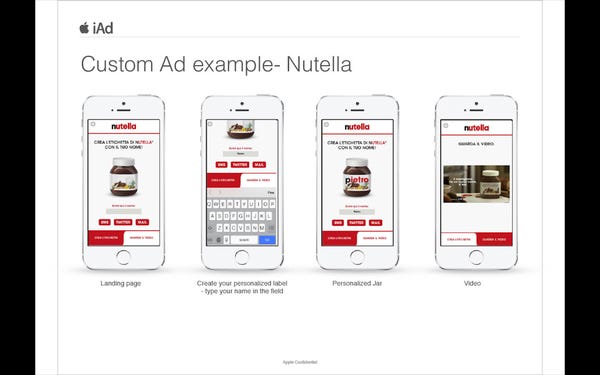 The iAd Workbench was a self-service dashboard to let advertisers manage their campaigns. Apple still operates Workbench for managing ads across Apple News and the Stocks app. 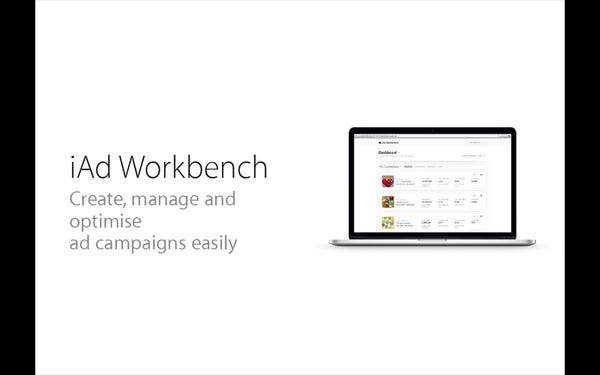 Advertisers could build their campaigns to meet three objectives: A tap to their website, a download from iTunes, or to get users to watch their videos. 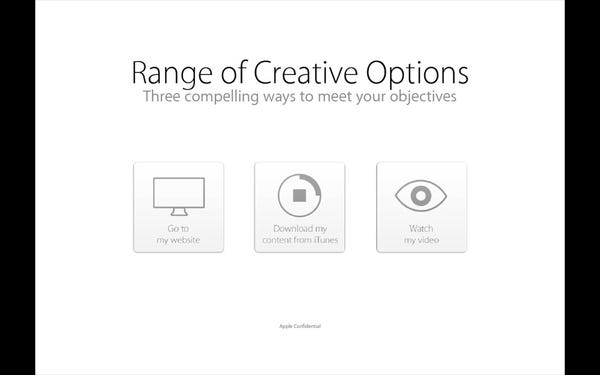 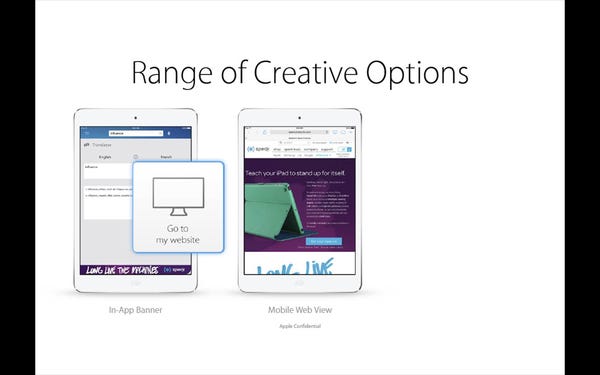 These ads were designed to encourage users to download advertisers' apps. 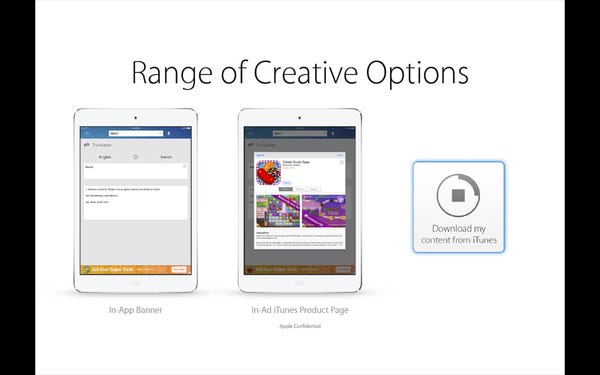 Other ads were focused on getting users to watch a video. 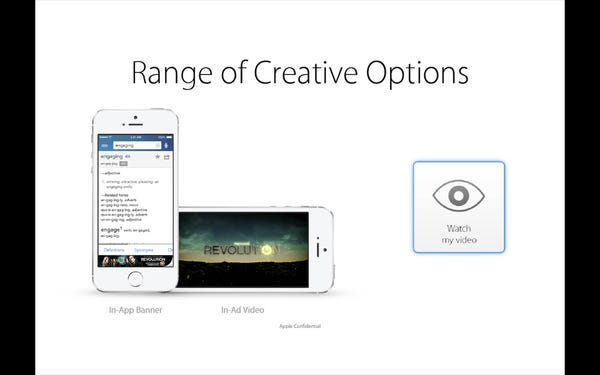 The Workbench dashboard allowed advertisers to launch and monitor the progress of their ad campaigns. 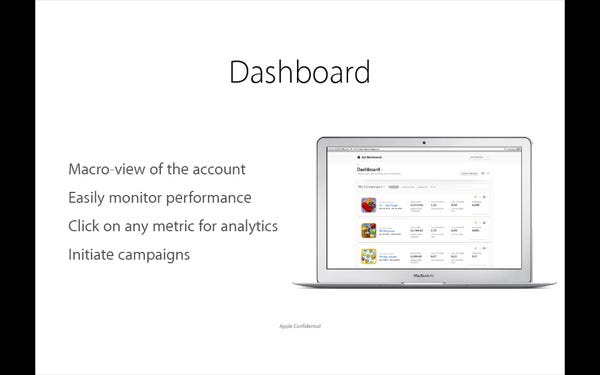 Apple offered a series of measurement metrics, such as "tap-through-rate" and the number of conversions (sales, or downloads) an ad delivered. 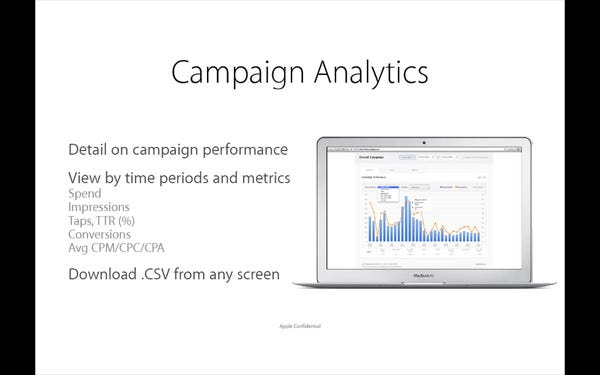 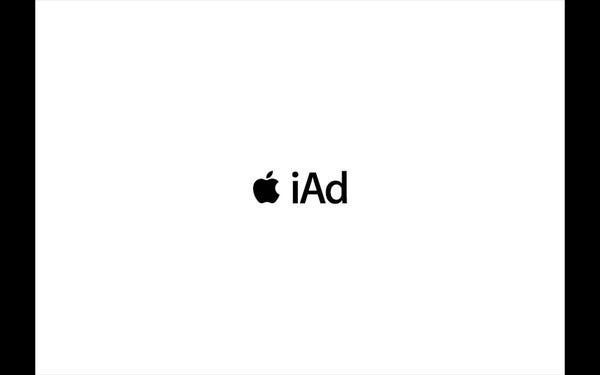