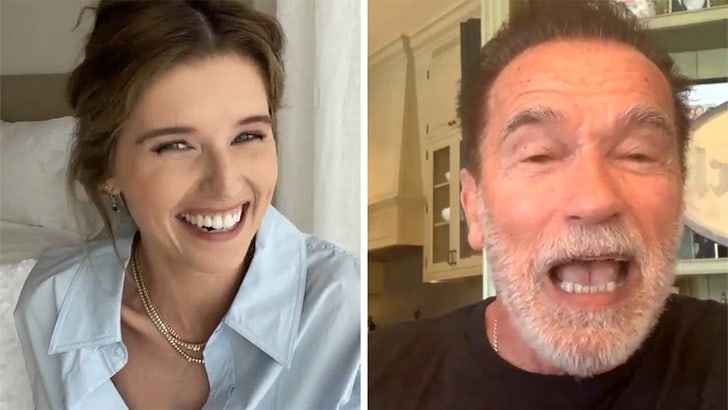 Arnold Schwarzenegger says his family HATED that he pivoted from movies to politics and gave an insight on his view of raising kids, and the word “military” comes to mind!

Arnold appeared on his daughter Katherine‘s IG show, “BDA Baby” — which stands for Before, During and After Baby.

He said his kids were baffled when he decided to run for California Governor … they apparently loved life on movie sets, which Arnold called “the perfect after-school program.” When they moved to Sacramento, Katherine told him bluntly … “Dad, I hate your job.”

Maria, who knew a thing or 2 about growing up in politics, also had an intense dislike for politics, and she and Arnold agreed the fam wouldn’t be used to advance his political career.

As for childrearing … Arnold was a taskmaster. He says if the kids didn’t make their beds he was known to throw the sheets out the window. He wouldn’t let the housekeepers touch their rooms … it was a privilege that, for him, went too far.

It’s a real inside look at the family, which includes Arnold as gramps. It’s a good Father’s Day story. Check it out.