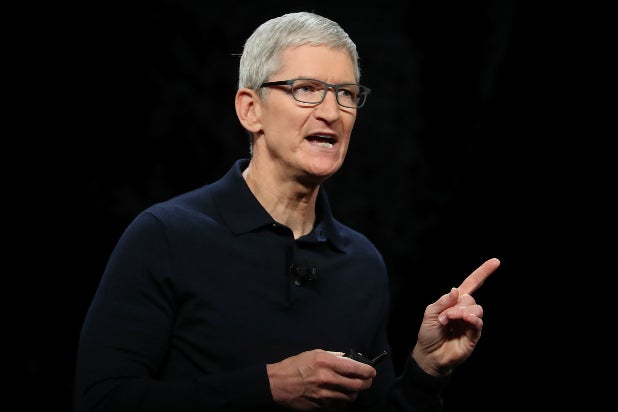 The Apple-Facebook rivalry is heating up, with Apple CEO Tim Cook ripping the social network’s data collection practices on Twitter on Thursday afternoon. Cook’s response came after Facebook ran newspaper ads on back-t0-back days, criticizing a new Apple feature allowing iPhone and iPad users to block apps from tracking their data across other apps and websites. That feature, Facebook argued, will be “devastating to small businesses” that leverage Facebook’s ad data to hit users with better ads — a claim Cook isn’t buying.

“We believe users should have the choice over the data that is being collected about them and how it’s used,” Cook said. “Facebook can continue to track users across apps and websites as before, App Tracking Transparency in iOS 14 will just require that they ask for your permission first.”

Cook included a picture showing what the new feature will look like, asking users if they want to allow Facebook or any other app to track their activity. (The feature, after a delay, is expected to launch early next year.)

“Apple’s move isn’t about privacy. It’s about profit,” Facebook said in a statement to NBC on Thursday. The company, which built its $777 billion empire largely off of its dominance of online advertising, has argued in full-page ads in The New York Times, Washington Post and Wall Street Journal this week that Apple’s decision will hurt small businesses at a time when they can’t afford it.

Earlier this week, Facebook VP Dan Levy said it was “speaking up for small businesses” who will have their “ability to effectively reach customers and grow” impacted by Apple’s new feature.

The public battle between the two companies — which are located about 20 minutes apart in Silicon Valley — stands out for the novelty of two tech giants going after one another, but it’s not the first time Apple and Facebook have scrapped. Cook has previously tweaked Facebook for collecting “gobs” of data from users, while Facebook CEO Mark Zuckerberg earlier this year said the iPhone has a “stranglehold” on the mobile app world — one that “blocks innovation, blocks competition” and allows “Apple to charge monopoly rents” from developers.