Even with her job at stake, Alison Roman is trying to milk her Chrissy Teigen feud for all it’s worth!

On Tuesday, the New York Times writer spoke out for the first time since the publication put her recipe column on hold due to the controversy surrounding her criticism of Twitter’s sweetheart, and she wants fans to know she’s excited to turn this “moment” into an exciting new chapter for herself.

She began her heartfelt Instagram post by thanking those who have reached out to her after she criticized Teigen and her business model in an interview with New Consumer earlier this month.

“I want to thank everyone who’s reached out and taken the time to write to me over the last few weeks. I am still working my way through each email (of which there are…a lot!), so if I haven’t gotten back to you yet, please know I will. The kindness, empathy, tough love, vulnerability and, honesty demonstrated by everyone who wrote in sharing experiences, book recommendations, anecdotes, and thoughtful advice has been overwhelming in the best way.”

The Nothing Fancy author went on to call the drama a “huge shake-up,” noting:

“I’m genuinely excited to turn this moment into positive, actionable change and so insanely grateful for even having that opportunity. This was a huge shake-up for me both personally and professionally, and I’m still processing so much, but know that I’m working on it and thinking about it 24/7. The issues brought to light by this whole thing won’t be fixed overnight, and the healing process for many will be long, but I’m committed to doing the work to make it better.”

While Roman’s post didn’t mention The New York Times — which confirmed last week that her column is on “temporary leave” — she indirectly confirmed her recipes wouldn’t be appearing in the outlet anytime soon. She added:

“As for the other kind of work, for the foreseeable future, you can find me in that newsletter I started 3 years ago and never sent out lol. There will be recipes, reader emails, recommendations, and discussions about things that I hope you will like or find helpful. In lieu of the comments section or DMs, I encourage you to submit questions/comments/concerns to , the idea being to share some of them in the newsletter (I am learning ‘the comments section’ is not the best place for public discourse). I haven’t been cooking and won’t pretend I have, so here’s a bowl of compost, which- a metaphor in there somewhere, I think!. Link to subscribe to the untitled newsletter in the bio.”

For those who don’t know, the drama began after Roman took a dig at the Chrissy’s Court star in an interview published on May 7, in which she said:

“What Chrissy Teigen has done is so crazy to me. She had a successful cookbook. And then it was, like: Boom, line at Target. Boom, now she has an Instagram page that has over a million followers where it’s just, like, people running a content farm for her. That horrifies me and it’s not something that I ever want to do. I don’t aspire to that. But like, who’s laughing now? Because she’s making a ton of f**king money.”

The criticism caught Teigen’s attention, prompting her to tweet that it was a “huge bummer” to see Roman put her on blast. Roman later released multiple public apologies, calling her statements “stupid, careless, and insensitive.”

Teigen, for her part, publicly accepted Roman’s apology on Twitter and made it clear she did not agree with the Times’ decision to put the column on hold.

What do U think about Alison’s response, Perezcious readers? 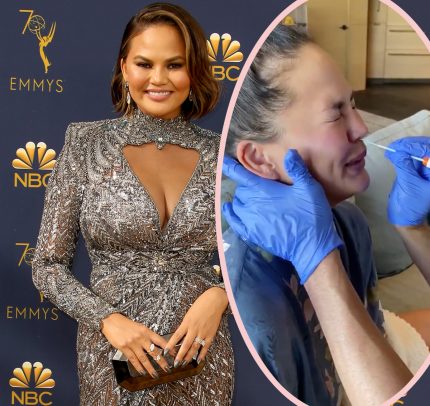 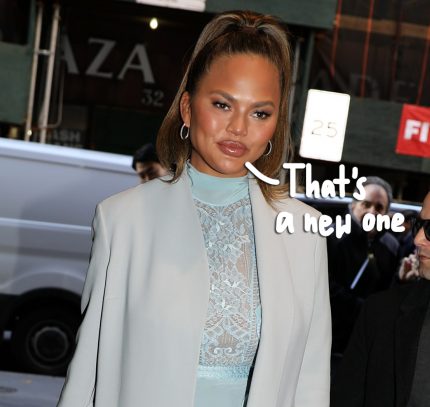 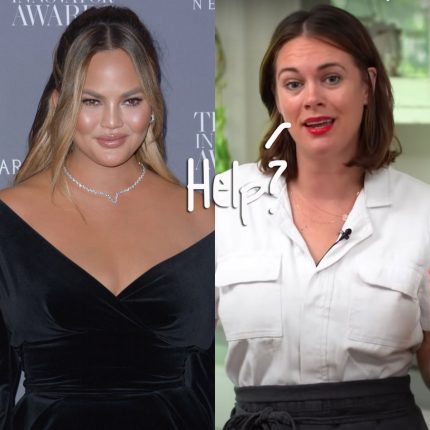